This week I was (as always) pressed for time since we went on our camping trip over the weekend. I usually work on the Burning Daylight series over the weekend but this weekend we were in “The Wild” as I called it every time I didn’t want to worry about something. For example, “Oh, sure…eat a handful of tortilla chips for lunch! We’re in “The Wild”.”

I said I’d update you on how our trip went and I’d say it went really well. I felt far more organized because of all the tips I collected along the way. However, there were no tips pertaining to rain and even though our weather report called for sunny and 80 degrees all weekend we were stuck in a down pour. It filled our tent with dirt and rain and in general gave me a really bad attitude even though I liked the experience before the rain.

All afternoon and evening Friday and until the rain started Saturday I wondered why people seem to hate camping so much. What’s not to love. The kids were swimming and running around and I had an excuse to do just about nothing all day long except read a variety of magazines. Then, on Sunday morning when I put my bra on after it sat in the dampness of the tent all night I realized what it is people don’t like about camping. The potential for soggy undergarments.

So my piece of advice is: camp somewhere it doesn’t rain. But also where it’s not too hot. Camp in paradise I guess is what I’m saying.

Today I looked around my Burning Daylight bookmark folder for a project we could do with things we have around the house. This is harder than you’d think since I am the opposite of a Pack Rat and throw out or give away everything not being used at any given moment.

Like, for example, my husband’s winter coat that’s been JUST SITTING in the closet since March!

I did have toothpicks and putty however so we made these Toothpick Sculptures I saw at Kid Haus months ago. They used marshmallows in place of putty on their sculptures but the temptation of edible marshmallows caused a breakdown in the structure. Hopefully my kids won’t eat putty.

This was a pretty easy project that kept the kids busy for an hour. The how-to is pretty self-explanatory but here are some pictures of the process. 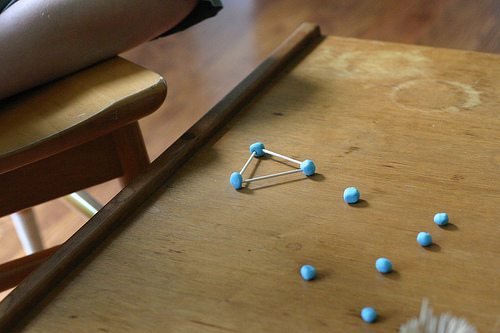 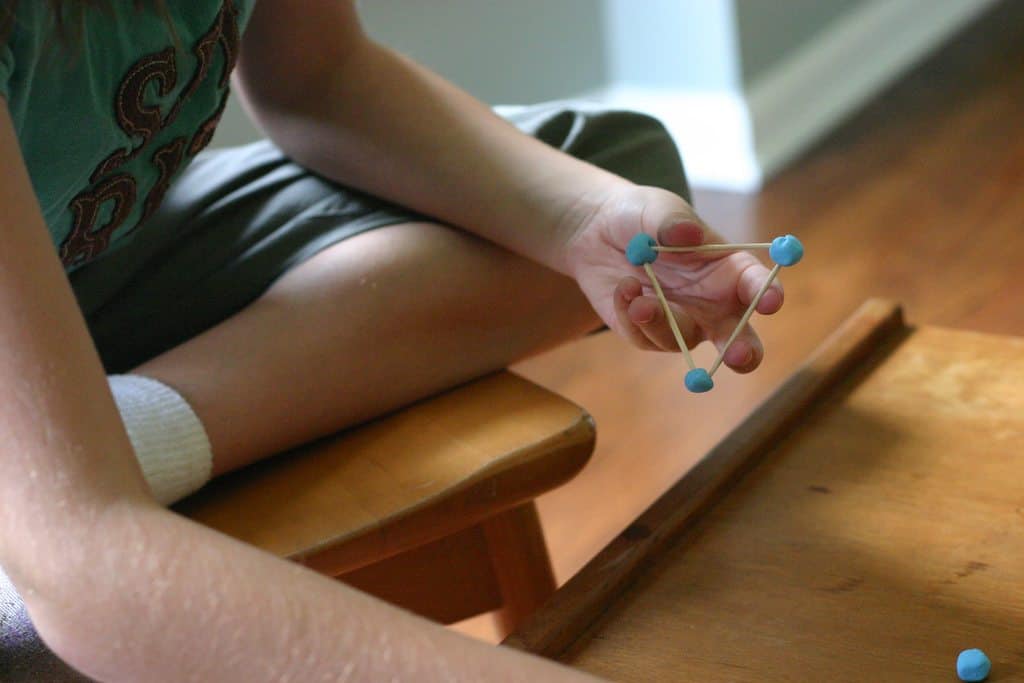 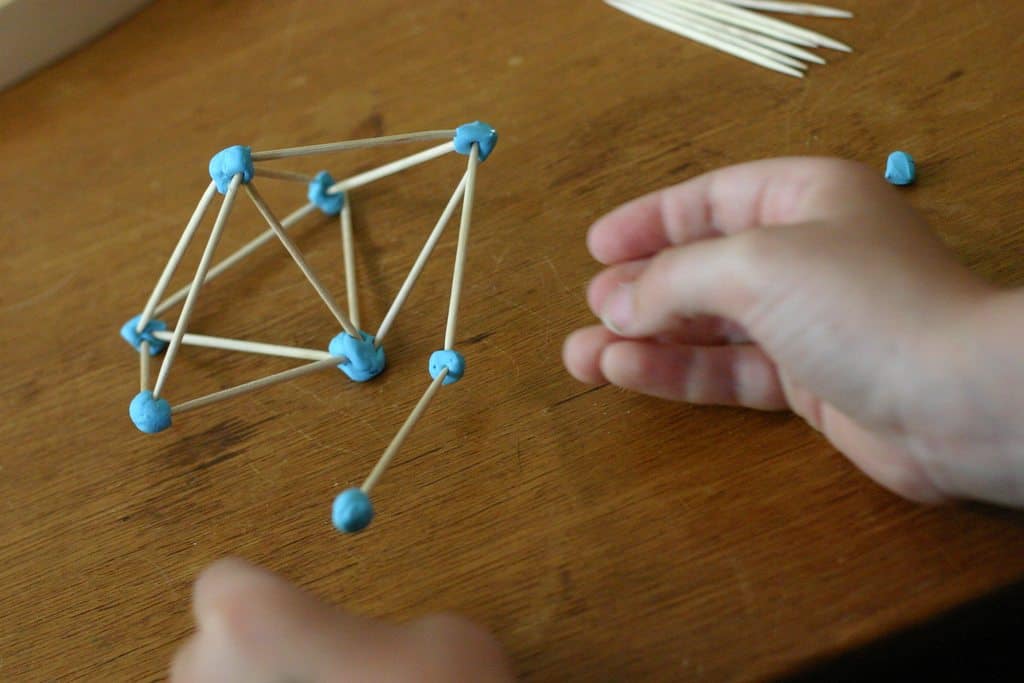 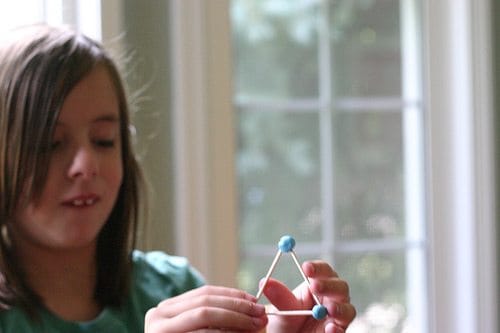 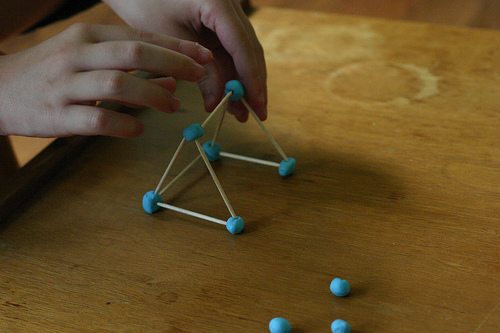 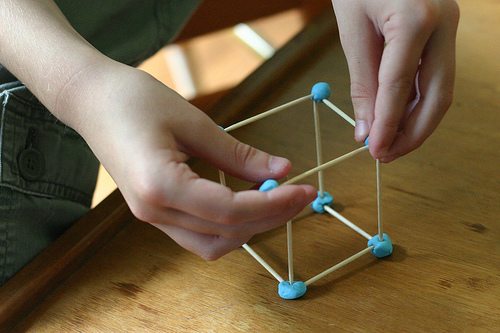 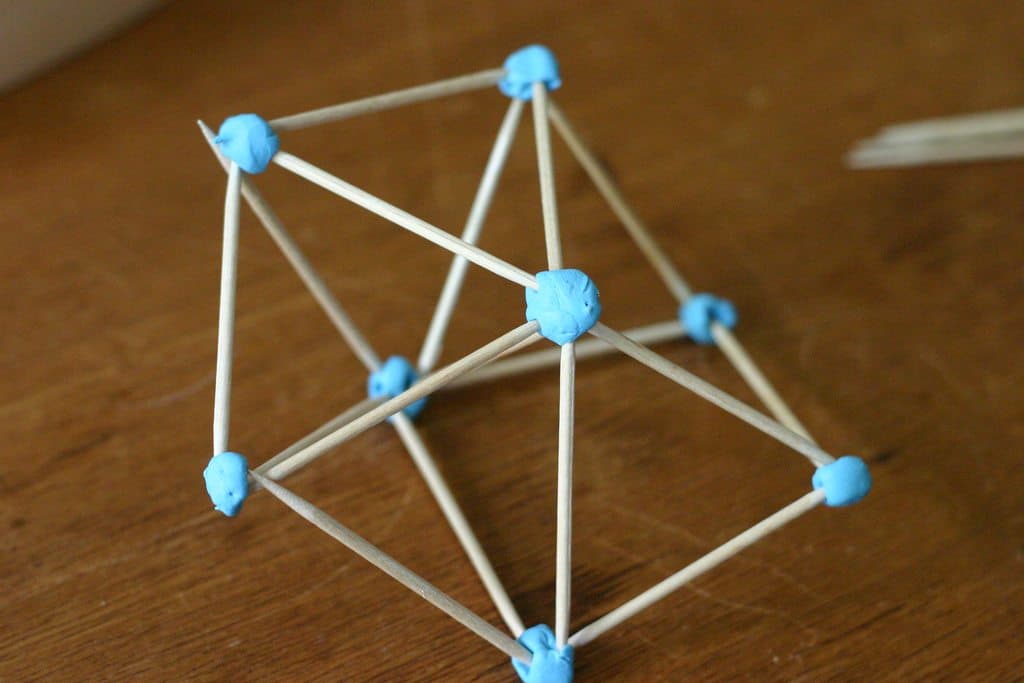 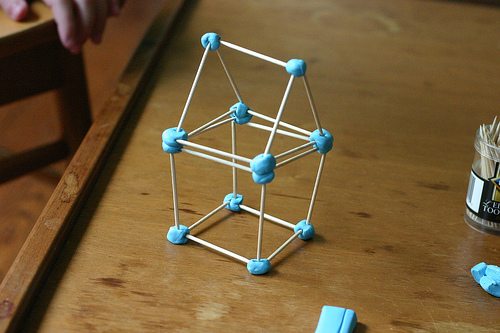 This wasn’t a difficult project but the delicate nature of the toothpicks in the putty requires some patient hands. I’d recommend it for the 7-10 set. One of our sculptures is now decorating our mantle and the other has been taken apart and reassembled three times in the last couple of hours. Who knows where its final resting place will be.

It took about an hour to make the first sculpture and the kids took them apart and rearranged them for another half an hour or so by themselves. Working together. Without killing each other.