Twitter Facebook Pin It Email Article
Prev Our Favorite Holiday Party Outfits for Children! Next Blue Apron and Getting Your Teens Cooking Dinner 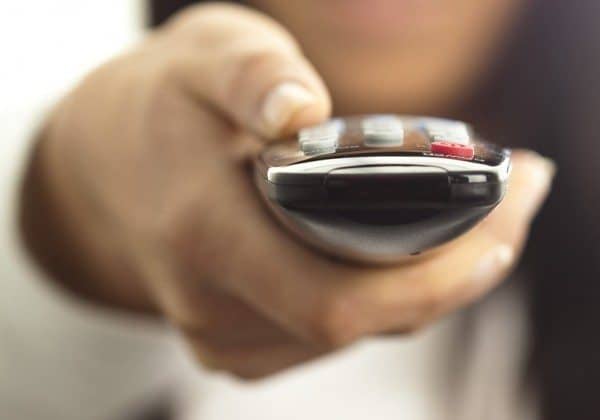 Also, now that my boys are 11 and 13, there are a lot more shows that we can all enjoy and watch together. No more gritting our teeth through painful kid programming like The Wonder Pets or the one show that makes me want to scratch my skin off with a dull butter knife—Jessie. We’re in the sweet spot where we can happily meet in the middle with entertainment that isn’t too kid or too adult. Here are some of our family’s current favorites (and all are my unsolicited opinion–a lot of them just happen to be on ABC):

The Middle
This show about a lower middle-class family in Orson, Indiana has long been our family’s go-to because it’s funny for both kids and adults, without anything inappropriate. The problems the Hecks and their three children deal with are as mundane as losing the TV remote or a kid leaving a school project to the last minute, and as weird as the kitchen sink breaking and the family washing dishes in the bathtub. The parents and kids can be selfish and do dumb things, but they always come together in the end. But, this is key, not in a sentimental, lesson learned type of way. Funny, relatable and the acting is really great. It doesn’t have the accolades that Modern Family gets, but it’s also not as smug and overly clever as that show tends to be and that’s what makes it a winner in my eyes. The Middle is also in syndication. (Rated PG)

Fresh Off The Boat
Only in its first season, Fresh Off The Boat is the story of a Taiwanese family that relocates to Orlando in the early 90’s and it already has my boys counting the days until Tuesday night when a new episode will be on. The main character, Eddie Huang, is a middle schooler who thinks he’s Dr. Dre, his dad is trying to run a cowboy restaurant and his mother is both a Tiger Mom and a flawed, real human. Really, really funny on levels that appeal to all of us. There was one scene where Eddie–flirting with preteen hormones–tries to impress his attractive, grown neighbor in a video store by buying her Skittles. “Hey, girl, taste the rainbow!” he says as smooth as possible. My boys skipped back and watched that over and over, laughing their little butts off. For a 7:30pm CT show, it’s a little mature, however, most of the innuendo goes over my kids’ heads. The recent episode where the mom’s college boyfriend visits and they all discuss him being gay was handled really well–funny without being insulting. (Rated PG)

Shark Tank
Shark Tank has long been one of the biggest reality/competition shows on TV.  We first saw it by accident somewhere, and the boys were immediately hooked. I never would have thought to watch it with them because it seems so grown-up, but they get really into seeing entrepreneurs pitch their ideas to high-profile investors. It’s entertaining for sure, but the kids are also seeing how to present yourself and they’re learning a little about negotiating. (Namely, from Mr. Wonderful, the toughest “shark.”) Their favorite parts of the show are the updates, where they see how a product has done after getting a deal, and when there’s a kid entrepreneur on, like the recent episode with a little girl from Austin who has her own lemonade company. (Rated PG)

Black-ish
Yet another ABC offering, Black-ish is also new this season and a very well-written sitcom. It’s about an African-American family of six with a dad who’s trying to keep the kids real despite them living the life of private schools and privilege. The plots are very relatable, like parents trying to impress their kids and failing, and the acting is top-notch. (Most notably, Tracee Ellis Ross is hilarious and the little girl who plays Diane is adorable.)  The episode about Martin Luther King Day was especially good, with Dre the dad freaking out that his kids didn’t know “the struggle,” and trying to educate them on the long drive to their skiing weekend. The tone of the show is very impressive as it pokes fun at all worlds, and doesn’t make any one group the butt of the jokes. Not always easy to do. (Rated PG)

Saturday Night Live
While this seems like an odd choice for kids, we actually watch old SNLs on Netflix because we already know which sketches are inappropriate and should be skipped. (Yes, we’re comedy nerds.) Unfortunately, there’s not a database that describes the sketches in each episode–at least not one that I’ve been able to find, so parents who aren’t as familiar may have to have their finger on the “skip” button should something not so clean come on.  That said, there’s nothing more fun than watching your kids go into a giggle fit when Matt Foley screams he “lives in a van down by the river.” The “Best Of” shows are usually great, as are the more recent ones with hosts Justin Timberlake and Melissa McCarthy. (“There’s a Hidden Valley Ranch party in my mouth.”) (Rated TV-14)

American Ninja Warrior
This reality game show features regular people who run through elaborate, incredibly difficult, obstacle courses. American Ninja Warrior is a competition where there’s one winner crowned at the end of the season, and that makes it really exciting to watch over the weeks. The announcers can be a bit tedious and repetitive, but my boys really get into cheering for the athletes. (But, thank goodness, they have not gotten into scaling walls and jumping over hedges like I’ve seen kids do in many pics on Facebook.) There’s really nothing offensive or too mature about this show, so it can safely be watched by almost any age unless you’re weird about your kids seeing women in Spandex.  New season begins May 25, 2015. (Rated PG)

America’s Funniest Home Videos
On the sophistication scale, this long-running show definitely falls near the bottom, but it’s still pretty fun to watch. There are always really silly animal segments, and what could be better than seeing people get hurt in the crotch? (Every adult in the room when that happens: “YOW! Hope he has insurance.”) I suspect that the kids will tire of this one fairly soon, but for now it’s something we can all watch together. (Rated PG)

That’s about it for us right now. As the kids grow up a little, I look forward to watching more adult shows with them, like American Horror Story. (Okay, so they’ll have to grow up A LOT to watch that with me.) And I do want to explore more of the Netflix, Hulu and streaming video options because there are probably many more shows that all of us would enjoy. You know, when we’re sprawled on the couch with our nachos. What shows do you watch with your tweens/teens?