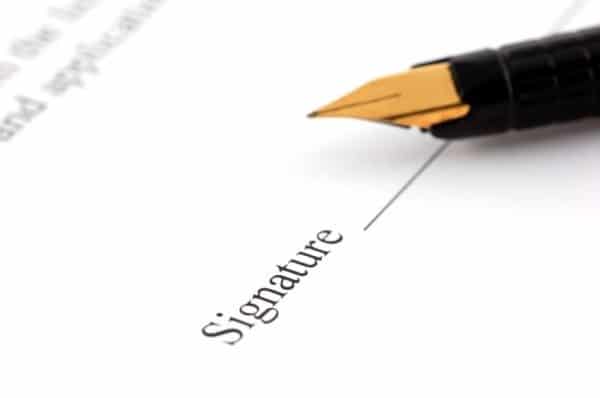 I apologize in advance for the length of this letter!  But our dilemma is so intractable we are quite at a loss.  My husband and I are in our 30s have just had our first child, prompting us to do the responsible thing and start Making Arrangements For His Future.  We have already bought life insurance and made out our will, but the question of who would be his guardian in the event of our untimely deaths has been a sticking point for us.

Not the decision of who it would be – that’s the easy part.  I am an only child, and my parents are quite a bit older – I’ve already talked to them and they agree they would not be the best guardians for a young child.   My husband has two younger siblings – one 19 and one 12, both clearly too young.   We also agree that his parents are not an option – not only have they declared themselves to be “tired of raising kids” but their household is a deeply dysfunctional one.  Without getting into the gory details, suffice it to say my husband  – while never physically abused – was deeply damaged by his mother’s emotional imbalances, immaturity and manipulative mood swings, and went through years of therapy before we was able to overcome those wounds and form healthy relationships with others.  He is determined that our son not grow up in her care, and I support him.

He has an Aunt who is our clear choice – his mother’s younger sister, with whom he has always been close.   She is younger, has two kids 8 and 13, her husband is great, and they have both the room and the financial means to care for a third.  She has visited us often, and is quite attached to her little great-nephew.   We love her.

Here’s our problem – while we have every reason to believe the Aunt would be delighted to take in our boy, we haven’t asked her. And this is because we don’t know how to tell my husband’s mother that she is not our choice.  Despite saying countless times how tired she is of raising kids (with her kids spaced so far apart she’s been at it for 30+ years), as you know, grandkids bring out the urge to snuggle and squeeze all over again.  Combine that with her clinical depression and immature self-centeredness, she will be enraged when she learns we haven’t chosen her and it may permanently rupture the fragile truce between her and my husband, and make a huge rift in the family.   She may cut off all contact between my husband and his younger brother and sister (to whom he is devoted) and demand that her siblings do the same.   We have seen her do this with other people in the family over far smaller slights – and fear for our role in this large, and otherwise wonderful family community.

So, we haven’t asked the Aunt about custody because we don’t want to put her in a position where she would need to conceal it from her sister.   It’s unfair to ask her to – plus, if my mother-in-law does find out (as people inevitably seem to do once some people are told) she will be equally furious at her sister.  And lastly, it seems a painful shame to kick off such a rage firestorm for something with such a small chance of happening as our simultaneous deaths.

Frankly, we don’t see any way through – except perhaps to fill out our will, naming the Aunt as the guardian, without telling anyone. If the unimaginable happens, we know she wouldn’t refuse custody.  What’s more, in that scenario all the rage and fury from my mother-in-law would (perhaps deservedly) be on our heads – but we’d already be dead!  We could take it!  We wouldn’t care if she never forgave us – as long as our boy was safe.

It may be cowardly and it feels wrong – but all the other options seem worse.  We want our boy to know all his aunts/uncles/cousins and grow up in the happy chaos of my husband’s family. Given the small probabilities at play here, should we keep our decision quiet, enclose lots of explanatory letters with our will, and hope this issue never comes up?

Thanks in advance for your perspective – it’s always so fair and feels so right!

Whoa. Whoa whoa whoa. Let’s all simmer down for a second here.

1) Good for you and your husband for thinking about wills and guardians and such.

2) Now stop with the overthinking and the world’s worst-case scenarios.

I’ve read your question a couple times and am missing what would be a key game-changer: Your mother-in-law has NOT, as far as I can tell, actually requested that you make her your son’s guardian, or inquired as to who is his guardian, or…basically indicated that she cares about this issue as much as you and your husband are assuming she does. Or will. Or might. Obviously you’re coming up with these predictions based on past behavior, but…I simply don’t get the LEVEL of preemptive worry you guys are engaged in here.

Do you know how many times my husband and I have been asked who we’ve chosen as the potential guardian for our children? Or whether we’ve even drawn up a will or made arrangements or ANY QUESTION ABOUT THIS TOPIC AT ALL? Zero. None. Zero none times. It’s not exactly a popular topic for Thanksgiving dinner, nor is it something that requires mailed announcements or a party or a secret ceremony in the Stonecutter’s Lodge, since you’re talking legal guardian and not religious godparent. It’s between you, your attorney and the potential guardian.

Because yes, you MUST talk to your husband’s aunt before you put her name down in your will. That’s just…not fair to anyone, to potentially blindside her with something like that, and to turn your son into some kind of huge life-changing bombshell at a very critical, upsetting time. I’m SURE she’ll be fine with it, as you are, but still. Uh-uh. I cannot get behind the SURPRIZ GODPARUNT thing because you’ve convinced yourself that your MIL wants something that she hasn’t actually indicated that she wants or expects. Maybe her “done having kids” comments are, in fact, coded messages that while she adores grandchildren, she sure as hell doesn’t want to be saddled with them permanently.

I also disagree that it’s “unfair” to ask your aunt to NOT share the news of her guardianship role with anyone. NO ONE has to know that you’ve made any sort of decision, and you can absolutely deflect the question as too personal, too morbid, if someone does start poking around about the future of your estate and heirs. I just…can’t wrap my mind around this being a topic that comes up in daily conversation or why you would ever tell ANYONE other than the guardian (we sure as hell haven’t), so it’s not like you’re asking her to lie. You can blame your family and potential hurt feelings, if you want, but chances are your aunt is just as aware of her sister’s…tendencies as you guys are (with the history of “smaller slights” you’ve mentioned) and has learned to keep her mouth shut about sensitive  topics.  And if your  husband’s aunt is trustworthy enough to raise your child, I think you can have an honest, grown-up discussion with her over your fears and concerns about this decision being viewed as politically charged, and requesting that you keep it private and to yourselves and all that.

Remember, too, that guardianship arrangements can actually be kind of fluid. You may very well decide that someone else is a better candidate in a few years. Illness or financial disaster or a move to China might suddenly disqualify the guardian you originally choose. You might bypass family and ask your future hypothetical very best friends in the world with a child your son’s age. Obviously, your MIL will NEVER be your choice, but there are just SO MANY REASONS here to stop obsessing about this. You do need to talk to your aunt about your decision, but you do NOT ever need to disclose that decision to anyone, or justify your reasons for reaching it.