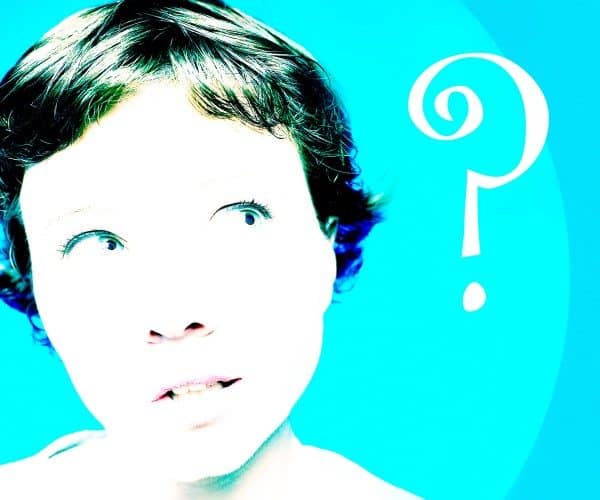 The Case of the Missing Moisturizer

Long time listener, first time caller here. I have a situation I’m hoping you can help me sift through. Ugh. So a couple months ago I tried out Philosophy Hope in a Jar on your advice and I’m hooked. It’s awesome. I don’t usually splurge on beauty stuff like that but wow, it’s really great stuff.

Last week, my little tub of it disappeared. On a day when our house cleaner was here and, later, we had a babysitter. Both were in the bathroom at some point that day. I hate this because I trust both of them and never had any reason not to. But I have looked everywhere and it’s not here. (And unlike many things in my mess of a house this is something that doesn’t roam from room to room, and it’s not within reach of the kids).

So did I mention that I hate this? I don’t know who took it. I am not much of a confronter, and I can’t picture any conversation about it that doesn’t smack of weird privilege issues. Really, how does this sound? Someone took my face cream! It must have been you! You covet my face cream! Bleh.

But the deal is that this incident raises major trust issues for me. I’ve known the cleaner for a year and a half and never had any suspicions or problems. She’s self-employed and does the whole by-the-book tax filing for what I pay her and everything. She has come to clean the house when we were on vacation. Total trust.

And the babysitter? She has been sitting for our two kids 2-3 times a month since last summer, and she was employed (and recommended) by our day care provider before that.

Our kids are 4 and almost-2, so we’re still in the territory of having to take the babysitter’s word on a lot of things.

So what would you do? My current idea is to talk to each and simply present my predicament, that I don’t have any reason to suspect either, but obviously someone did it, and I need to know that I can trust people in my home when I’m not there. But what purpose would that conversation serve? Other than making me feel like, whew, I did something about it. I’m not pining for a dramatic confession, and I can’t see firing someone because *maybe* they (or someone else they’ve never met) took something from my bathroom counter. My husband thinks I should drop it. But then what if one of them is taking stuff and I’m trusting someone I shouldn’t? Ayudame!

-Not eager to take on the role of matron firing the help over petty theft.

“Hey, so this is weird, but I’m hoping you can help me solve a little household mystery. My jar of face cream appears to have vanished off the face of the earth — or at least the bathroom counter. Have you seen it, by any chance? Small white container, black lid? Do you remember moving it somewhere, or seeing the kids carrying it around? No? Okay, if you could just keep an eye out for it, I’d really appreciate it, because man, it’s driving me crazy!”

You can indeed ask AND give your sitter and housecleaner the benefit of the doubt at the same time. Like you said, you have no reason to suspect that either of them took the item, other than the fact that they had access to it. But for most people — even people who AREN’T depending on their good standing and trustworthiness within a household to keep them employed and paid — access to the contents of someone’s medicine cabinet does not result in casual theft of used beauty products.

(The more tempting and less-obvious offense, I’d think, would be to sneakily use the product bit by bit while leaving the container behind, but that has absolutely nothing to do with anything, other than the fact that I’m clearly putting too much thought into a life of cosmetics-related crime.)

Like you, we have a part-time nanny every week, and a housecleaner who comes twice a month. There is absolutely no way to overstate my agreement with you that your ability to trust people who come into your home is extremely important. I trust our sitter with the lives and well-being of my children. I trust our housecleaner to take care of our home and possessions and to not root through my jewelry box while dusting. I am very, very fortunate to have these women in my life, both from a perspective of privilege AND because they provide invaluable, sanity-saving tasks for me and I really value what they do for our family.

But the thing is, stuff’s gone missing for us sometimes too. The first time it happens, I imagine it’s only human to suspect that it’s been “taken” but the fact is 99.99999% of the time it’s actually just gotten moved. And it turns up, eventually. Stuff gets put in a different cabinet after coming out of the dishwasher, similar-looking kids’ clothing gets put in the wrong closet, beloved toys get left outside and let’s not even try COUNT the times my children have been directly responsible for swiping something I SWORE was “out of their reach.” There’s honestly just no such thing or place, unless you’re talking about a locked and thoroughly child-proofed cabinet. My two-year-old can absolutely get his mitts on things on our bathroom and kitchen counters that I THINK are pushed too far back, but oh, he used a hanger or my hairbrush to knock it over and it rolled right off, or he pushed a stool over, or I absentmindedly left a jar of face cream close to the edge one morning and the five-year-old wandered off with it because he wanted to use it as a table for a LEGO-person picnic. Seriously. ALL THE TIME, this happens.

Obviously, I have no real idea what happened in your case, and sure. Some people steal. I’d imagine, if you do have someone with a sticky-finger habit in your house, that something else will go missing in fairly short order. But one isolated incident over a period of over a year? Personally, I’d chalk that up to the mysterious Household Underpants & Missing Sock Gnomes and not let it eat me alive too badly. I’ve had stuff mysteriously reappear weeks and months later — sometimes turning up somewhere completely bizarre (a missing necklace of mine turned up inside a plastic nesting barrel toy that I didn’t think ever got played with anymore) or sometimes turning up in a place that I swear I already looked a good dozen-and-a-half times. Even if an item never reappears, there’s always the simple chance that it accidentally got knocked into the wastebasket, or something. Again, I’d have a hard time getting too bent out of shape over ONE household mystery with a good dozen possible solutions that involve total innocence (or simple carelessness), and I wouldn’t allow it to cause “major trust issues” or anything like that. (Unless, you know, you believe your gut instinct is trying to tell you something. But my gut instinct tends to be just as disorganized as my bathroom counters.)

By all means, ask your sitter and cleaner for help, but tread VERY carefully, and don’t jump into accusations, because they deserve better than that. Imagine you also had a dear friend or family member over in the timeframe of the Missing Hope in a Jar and wanted to find out if they saw it before it walked off. If someone DID take it, saying something at least alerts them to the fact that 1) hey, you NOTICE stuff like that, and 2) it’s probably a good idea to NEVER DO IT AGAIN, even if they claim ignorance this time. But if I were the person who DIDN’T take it, I would be pretty freaking offended — even devastated — that someone would think that I was the sort of person who steals USED MOISTURIZER, for the love of God.