This post was written during the second season of Downton Abbey, which went on to run for six seasons in total.  It was fabulous, especially the earlier seasons.

If you haven’t heard yet, get thee a copy of Downton Abbey.  Or, better yet, watch it on Netflix or watch some of the shows online at PBS.org. 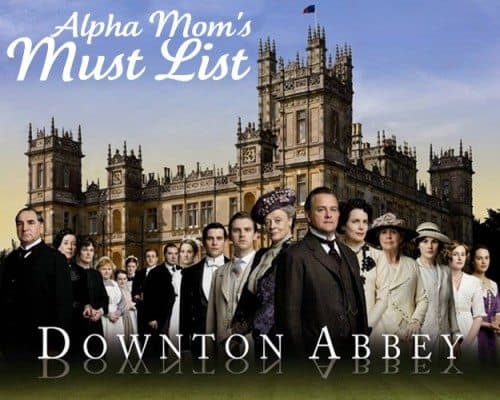 Set one hundred years ago, the series follows the pastoral lives of a fictional British aristocratic family and their hard-working servants who take care of the estate, Downton Abbey, within the walls of which they all live.  I won’t share any spoilers here.  All I will write is that the first episode is a bit confusing, trying to understand the history of the Downton inheritance, which underscores the drama’s major plot line.  I did a bit of rewinding.  But, once understood, I was hooked on the show.

Now, every time the score of the series’ theme music plays, my heart swells and I’m giddy with anticipation for what’s unfolding upstairs and downstairs at Downton.

I just finished Season One, am catching up on Season 2 online and ecstatic to hear that Downton Abbey will be returning for a third season.

(By the way, it’s Downton, NOT DownTOWN.)