Twitter Facebook Pin It Email Article
Prev Single Mom: Adventures in Online Dating Next I’m Being Guilted Back Into The Toxic Family Sludge 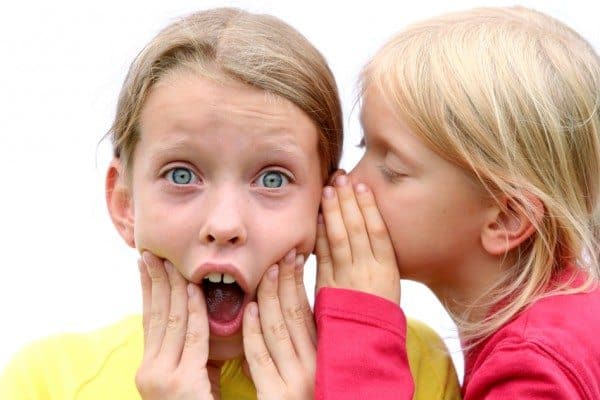 It Takes a Village (of Nanny Tattlers)

I suspect that this is probably not so much of a problem as I am making it in my head, but it’s been really bugging me and as a level-headed fellow mother of boys I’m hoping you might be able to send some of your wisdom my way!

Here’s the deal; I have two boys, aged 6 and just-turned 2. During the day the youngest is with a babysitter, who also picks up the eldest from school and watches them both until dinner time when we get home. She also watches the two of them during school holidays, sick days, random weather days, etc. They both adore her. She is always ready to kick a ball around, climb a tree, go on treasure hunt, etc. She has my two-year-old recognizing letters already, taught my terrified-of-water six-year-old to swim (I still don’t know how she did that but he LOVES to swim now), and has found a ton of great community activities for both to get involved in, most of which we didn’t even know existed.

As far as the kids, my husband and I are concerned she is wonderful. I’ve had some comments from other moms, though. Moms who I suspect don’t entirely approve of our two-working-parents dynamic (I work four-days a week, mostly by choice although we would be on a tight budget if I quit entirely). One mother has told me in a very concerned voice that she saw our babysitter reading at the park while youngest was playing. Another has reported back that she saw babysitter take youngest to McDonalds (which, incidentally, that mom was obviously there with her own child when she saw this!). Other comments have included that youngest calls babysitter ‘Mama’ and that she lets both kids do things they are too young for (going down the big slide at the park, sledding down the steep hill, etc.).

The thing is, none of this bothers me. Babysitter does occasionally take youngest to McDonalds, but she cleared it with us (it’s for the play area as it’s our town’s only indoor play option). I don’t mind if she reads at the park as long as she keeps a good eye on my son, which she always has. In my opinion, it is good for him to do a little independent play since he gets so much one-on-one adult attention. (I suspect this opinion is not shared by the mom who ‘reported’ this to me). Ditto the big slide and steep hill sledding and other activities that stretch their limits a little. I believe kids should get a few scrapes and bruises, as long as she is not forcing them to try things they don’t want to (and there’s no indication she ever has) then I’m for a little adventure.

(The Mama thing is admittedly a bit odd, but he has never called me Mama and he seems to have decided it is a general term of endearment for things he loves as he also calls various beloved stuffed animals Mama.)

So, what do I say to these women? They attend a lot of the same playgroups, toddler gyms, music classes, etc. that my babysitter takes our boys too and I don’t want to make things awkward or risk them not letting their kids play with my kids. But I also don’t want to make it seem like I agree with them that babysitter has done something wrong. Do I just keep smiling and patiently explaining that we like our babysitter? Do I tell them to mind their own business? Ack, I hate confrontation and awkwardness!

Thanks for any advice!

Ugh! Busybodies. I seriously cannot imagine tattling on someone’s nanny about such innocuous, low-level “concerns.” Let the woman do her job, people.

We used a part-time nanny for a couple years when the boys were littler, and I had one neighbor who liked to talk about her with me. And she said all good things! So much praise! Which was great! But it was still a funny thing, I thought — she was clearly watching our sitter and felt like she was doing me a favor by reporting that yes, yes, she was doing a good job. Don’t worry. All is well. I’M ON THE CASE, AMY.

I wouldn’t give this too much more thought, honestly. These moms are just not Your People, and that’s cool. They sound pretty helicopter-y, and you aren’t, so chalk this up to a difference of parenting styles and try not to read too much more into it. Maybe they are jealous or disapproving or just plain bored, or maybe they do think they are doing you a solid by “keeping an eye on that babysitter” for you. You would want to know if someone spotted your nanny doing something genuinely reckless or neglectful, but clearly these moms’ standards for what counts as reportable behavior does not jibe with your own. Bleh, whatever. Judge away, ladies. I have CONFIDENCE in my childcare choices! (Z-snaps! Freezeframe jump!)

But really, just smile and keep it short and sweet. Yep, she cleared the McDonald’s trip with us. Yep, our boys are quite adventurous at the playground. Yep, he calls his stuffed animals “Mama” too, isn’t that cute? Yep, we love and trust our babysitter, and I usually sit and play Candy Crush on that same bench, HA. Then change the subject and ask them a question about themselves and/or their kid(s).

If any one of them gets especially concern-trolly about some complete non-issue, feel free to just laugh and tell her flat-out that you don’t care about things like that, sorry. Different parenting strokes, man. Maybe she’ll get a little huffy, but I bet her only retaliation against you will be Well I’m Just Not Going To Tell Her About The Things Her Sitter Is Doing Wrong Anymore. And We’ll See How She Likes That, HMPPH!

On the bright side, at least you don’t have to worry that any of these women are going to poach your nanny.