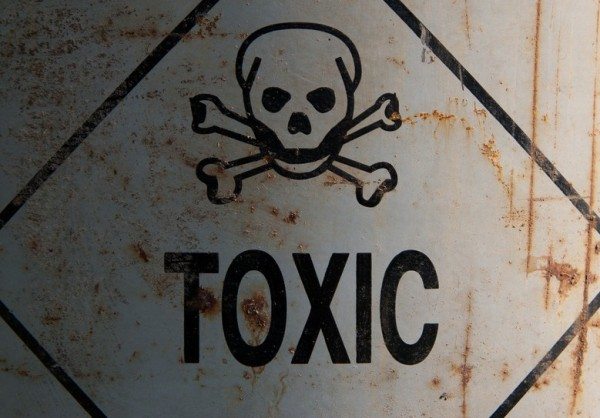 Grandma Has RIGHTS (and Won’t Let You Forget It)

Straight to the point – my mother-in-law continually mentions that she has grandparent rights over my children. I loved my grandparents and loved visiting them. I want her and my father-in-law to have a relationship with our kids and have never suggested otherwise. So, I’m confused by this. Sometimes she gets pretty intense about it; sending me articles about Grandparents being given rights by the court.

Once, while talking to a few friends and family after worship services, she loudly proclaimed that if she could find a way to get legal custody of my then infant son and get him away from me, she would because she loves him so much. Her words. It was met with round eyes and dropped jaws from several of those who heard it. This embarrassed me and I quietly said “she’s really just kidding.”

Since then she has called me several times upset about some parenting decision and brings up her rights. I don’t understand why she does this and don’t know the best way to handle it. I wonder if she has some kind of OCD.

Yes, this strange, aggressive, off-putting behavior. I would be deeply unnerved by it — you could MAYBE pass off the comments at church as a (very bad) attempt at humor and/or a misguided declaration of love — but…sending you articles about parents losing custody of their children? That’s straight-up threatening, as is bringing up her “rights” whenever she disagrees with your parenting.

(Is your mother-in-law Meryl Streep from Big Little Lies? Have you tried throwing an ice cream cone at her?)

I’m kidding about that, of course. There’s GOT to be some (pretty intense) underlying insecurity and trust issues at play here — in her mind, perhaps you DO have some nefarious plan to cut her off from her grandchildren — and she’s offsetting/self-soothing her irrational thoughts and anxiety with this fixation on her “rights.” Maybe she doesn’t even realize how aggressive and threatening it sounds, maybe she really doesn’t believe you’ll honor her input without these weird, constant reminders…or…well, maybe she’s deadly serious and you’re dealing with someone who has crossed a line into being mentally unwell. Paranoid, obsessive, and even a touch delusional, as her grasp on “grandparent rights” is…shaky and exaggerated, to say the least.

But, I don’t know. I obviously can’t diagnose “why” she’s doing this and what levels of alarms it should raise for you (is it an annoying bad-running-joke she’s taken too far vs. OMG she’s secretly meeting with lawyers/making anonymous calls to CPS). But I can definitely tell you that no matter what the reason “why” is, this is all totally inappropriate and needs to stop.

Your partner needs to take the lead

I’m ALWAYS a proponent of a “my parent/my problem/my responsibility” approach with in-law issues: This is an established-enough pattern that your spouse can (and should) have a talk with her about it. Something that hits on the following points:

“I hear you bring up the grandparents’ rights topic an awful lot, and Befuddled showed me the emails you sent about parents losing custody of their children to grandparents. I shouldn’t even have to tell you how wildly inappropriate and upsetting it is for you to make multiple threats — even jokingly — about taking our children away from us. I also need you to stop bringing up your “rights” whenever there’s a difference in parenting opinions or choices. These are OUR children. I don’t believe we’ve ever given you reason to doubt your special place in their lives or that we would do anything to harm or impede your relationship with them. But this is a serious warning: Stop bringing this “rights” topic up.”

Some sample scripts for YOU

If that’s not something they’re comfortable doing, I’d consider sending her something like that yourself the next time she emails you another article (or maybe your spouse can, if that’s easier than a face-to-face conversation). As for any in-person comments she makes, go ahead and call her on it and DON’T make the “she’s just joking” excuse. Instead say, “Stop joking about taking my baby away from me, thanks.” Or, say: “Thanks for your input, but our parenting decisions are our own, and we make the rules for our family.”

That last one might trigger her anxiety or…whatever this is. But it’s still a perfectly appropriate thing to say! If it sets her off or she escalates this “rights” nonsense a step further (or doesn’t knock it off after getting called on it directly), perhaps a larger conversation with your father-in-law is warranted, out of concern for her overall well-being, in case this sort of behavior is showing up in other parts of her life.

More From Alpha Mom On Mother-In-Law Relationships And Boundaries: