Twitter Facebook Pin It Email Article
Prev The Alcoholic Mother-in-Law and Grandmother Next Can This Childcare Situation Be Saved? 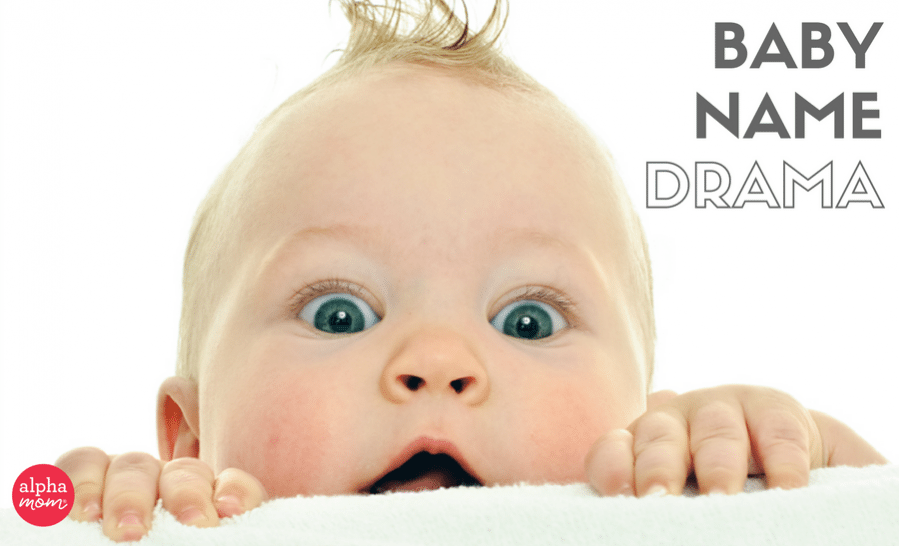 To put it simply: I am American, married to a Brazilian, living in Brazil. We followed the American tradition of giving a first and a middle name to our daughter (Rebecca Grace). We were uncertain of a name but under pressure from family (and the hospital!) we chose her name right after birth.

Ten months later, my husband and I both call her by her middle name, Grace. Rebecca just doesn’t suit my little one!

The confusion is this: My American parents also call her by her middle name. My husband’s family calls her by her first name. I considered calling her by a double-name, Rebecca Grace… but for such a small baby it just doesn’t fit.

Will she be very confused? My husband doesn’t seem to worry, but I certainly do.

I hope to make a decision by the time she is one year old! Help!

(I should add that my American family dislikes the name Rebecca, and my husband’s Brazilian family thinks that Grace is a strange name…)

Yeah, I think coming to a cross-family baby name consensus is a good idea here. Plenty of people end up going by their middles names or nicknames, so there’s nothing inherently confusing about that, but it does seem like it would be a touch confusing to a young toddler/child to have different sides of your family calling you different names. ESPECIALLY if the reason behind it boiled down to both sides “not liking” one of your names!

And her names are both equally LOVELY, by the way. Your families’ “opinions” about either bear zero weight in this discussion or decision, frankly. Your baby, your choice.

But if you and your husband have decided she should go by Grace, then your husband’s family just need to be informed of that and formally asked (and expected) to call her by the name you’ve ultimately chosen to go with. Grace might not be a common name in Brazil, but it’s far from super unusual, plus it’s easy to pronounce and well-represented in books, TV, etc. You’re not asking them to downshift from Rebecca to like, Supercalifragilisticurtainrod or something.

“Guys, here’s the thing. We’ve made the choice to use Grace as her primary name, instead of Rebecca. That’s what she’ll go by to us, family, friends, teachers, etc. We know you’ve gotten used to Rebecca and this change might take some time to get used to, but in order to avoid any confusion for her, we need you to respect the change and call her Grace as well.”

You’ll probably need to correct them A LOT at first — 10 months of calling her Rebecca will take some serious brain rewiring for some folks — so don’t bristle and take it too personally if they slip up accidentally.

And really, it won’t be the end of the world if someone remains solidly stuck on calling her Rebecca. (Annoying, yes, especially if they’re doing it to deliberately undermine your decision, but that’s a whole other column.) There are plenty of multi-cultural kids who grow up with multiple names due to language, different naming traditions, the “Americanizing” difficult-to-pronounce names, etc. Kids do figure this stuff out pretty quickly.

Rebecca IS her name after all, and at some point she’ll learn that. My youngest’s name is Isaac but we’ve called him Ike since before he was even born, but by three or four years old he was aware that Ike was a nickname, and he has the option to use Isaac instead. His pediatrician and school all have Ike down as his “preferred name” in their files, but I swear it gets ignored about 75% of the time by new nurses, teachers, folks in the school office, etc. So it’s important that he knows to respond to Isaac, then we just cheerfully follow-up with “he actually goes by Ike, thanks!” You’ll end up doing that too, but again, not the end of the world or super ridiculously confusing.

And Grace may very well disagree with you someday and decide she’s happier as Rebecca, Becca, Becky, Gracie, Rebecca-Grace, etc. Or she might use her full name for things like drivers’ licences and resumes, and then follow-up with, “Hi, I actually go by Grace, thanks!” when introduced to people. But for now, it’s still solidly a choice made by you guys, and you have every right in the world to ask that your family use the name you’ve chosen, even belatedly.