Twitter Facebook Pin It Email Article
Prev On Motherhood, Love, Happiness and Reality Next Single Mom: Anything is Possible 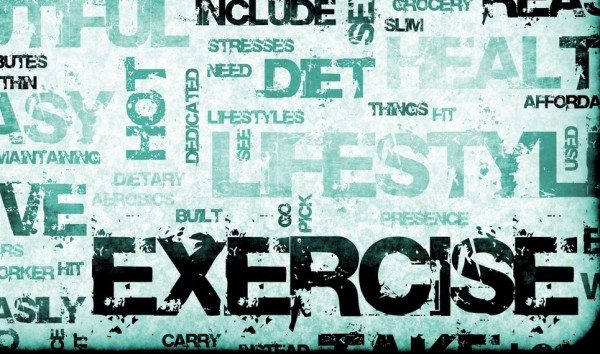 Finally Figuring Out A Healthier Me

If a stranger looks at me, I suppose they see… a completely average, middle-aged woman. That’s because I am, I guess. I am neither heavy nor skinny. I don’t appear to be all that muscular. My physical appearance is utterly unremarkable. The good news is that, for the most part, I don’t care. I’m not one of those people who used to be a knockout and who now struggles with settling into this age where gravity is starting to take its inevitable toll. I have never viewed my physical appearance as a vital part of my self-image, so the changes along the way haven’t felt like a huge deal.

About five years ago, as I found myself expanding into the next clothing size, I undertook a group fitness challenge with some friends. Because the supposed issue wasn’t the weight as much as it was “being healthy,” the idea was to incorporate a new commitment to regular movement and exercise… while losing weight. Let’s just be honest; I wanted to lose weight. We all did. And to set it up as a competition seemed harmless, but in the end I whittled down those numbers on the scale and saw it as the ultimate triumph. I bought new, smaller clothes. People remarked on how great I looked, and I lapped it up. I’d achieved through semi-regular exercise (which I still loathed, even after months) and hardcore dieting, and I was victorious.

This approach—surprise!—proved to be unsustainable. I stopped counting calories (because who wants to live like that?), and over time, I stopped exercising, too. Three years later, I was back at my pre-challenge weight, tired and squishy and full of self-loathing for my inability to care enough to change. But hey, still average weight! So… whatever! Then life took some unexpected turns, and the last couple of years or so have been fraught with illness and worry and crises and stress. My own size or health wasn’t just on the back burner; it was completely forgotten.

I didn’t matter. Everything else was more important. At least, that’s how I thought about it, if I bothered to think about it at all (which was almost never).

When the calendar flipped over into 2014, I’d love to tell you that everything had finally settled down and I had time to focus on myself, or that I had an epiphany about this being the only body I have, my own health being tantamount no matter what life throws my way, etc. In reality, neither of those things are true. Life is still more stressful than I wish it was, and self-care is still a complicated issue for me (as someone with high-needs kids and a lot of baggage about what it means to be a good parent). There was no lightbulb moment. There was no grand, arm-sweeping decision to put my well-being at the top of the to-do list. There were some interesting conversations with my therapist and my husband and some trusted friends; there were some tough moments of not liking what I saw in the mirror and embarrassment over my lack of stamina when doing things other than sitting at my desk. There was the gradual but steady realization that I needed both an attitude and lifestyle adjustment if I plan to be around for a while (I do) and I’d like to feel pretty good while I do it (yes, please).

Eventually it became clear that I just had to start, and furthermore, I had to figure out what changes were ones I could live with for the long haul. There was no fanfare and I made no declarations. I just started working out again. Within about a week I realized that the “moderate” plan of working out three times a week is something that, for whatever reason, doesn’t work for me. If I don’t have to do it every day, I start coming up with excuses of why I’ll do it “tomorrow,” or pointing to busy days and shrugging the ol’ “life happens” shrug as my pass to skip a workout. For me, the key is to commit to moving my body every single day. Now, this doesn’t mean I’ve become a crazy gym freak or that I’m spending hours each day lifting weights. It simply means that I do something each and every day for a minimum of 20 minutes, no matter what. Most days, I spend half an hour on the elliptical. Some days I swim laps. Now that I’ve been doing this for a number of months and exercising is not just a regular part of my day, but also kind of a nice break, more and more often, I do both. If the weather’s nice, I’ll take the dog for a long walk. I’m not doing a “lot,” by anyone’s standards, but I’m making sustainable changes, finally, that are helping me to manage my stress level and getting my butt out of my chair every single day.

I haven’t changed my diet. The truth here is that I sort of want to; I’d like to lose a little weight, and I know changing my diet is the fastest way to do that. But with a child in recovery from an eating disorder in the house, even the most sensible diet feels like the wrong example to set. Instead, I still eat a mostly healthy selection of foods without counting calories, and enjoy less-healthful choices in moderation. I’m okay with that plan for now.

Confession: Since making these changes, I’ve firmed up some, but I’ve also gained five pounds, in that body-weight-shifting-locations kind of way. Some of my favorite clothes still don’t fit, and sure, I wish I was effortlessly shedding pounds and strangers were telling me how great I look, but… meh. That’s not the goal. Muscles I haven’t seen clearly in years have gained some definition. I’m sleeping better and feel more even-keeled while awake. I’m not pestering anyone to join me or talking about it much. I’m just doing it. Yesterday was a long, hard, busy day, and by 8:00 at night I hadn’t exercised. I thought about flopping down on the couch and giving myself a pass for the day, sure. And then I got on the stupid elliptical for half an hour, anyway.

It’s complicated, still, in my head. But I feel better. I’m happy with the example I’m setting for my kids. I’m happy with my new routine. And maybe I’m finally learning to appreciate my body for how it feels rather than how it looks.

Right there with you…

me too! i have incorporated a Nike Fuelband into my life and it really helps keep me accountable for the level of my daily activity. I LOVE LOVE LOVE it.

Yeah, about a month after I started the new regime I began wearing a Misfit Shine (same concept). It’s helped TONS in terms of staying on track and knowing what I’m doing.

Yay! I’m in the same boat, trying to get some good habits to demonstrate to my daughter, and also make sure those habits are solidly built before I hit forty in a couple of years. Luckily, we’ve got a gym at work, so I can go down in the middle of the day and do 20 minutes on the treadmill to beat the mid-day blahs. I treat myself by taking a book with me while I walk – it’s the only bit of reading for me I get in a day. I can recite But Not the Hippopotamus, but that’s… Read more »

Good for you.  It’s easy to take our bodies for granted.  I am also surprised by how much better I feel mentally when I do any kind of physical activity.  I’m glad you are seeing the benefits and taking better care of yourself.

[…] happened, but clearly it’s a sign of the Apocalypse. Before the world ends, I figured I would write about it for Alpha Mom. The end days are nigh! Thank goodness I’ll now have the stamina to run from the terror for a […]

I am SO on that page with you, Mir! Although about 20 years later in life… with 20 more years of bad habits and post-hysterectomy “settling.” I’ve had plenty of events that SHOULD have motivated me in the past… but didn’t. And, like you, there was no single “aha” moment that caused me to make a life change now. I just finally WANT TO. So, wearing my FitBit, eating mostly Atkins-ish, and using My Fitness Pal and a 0-5K program on the treadmill (https://itunes.apple.com/us/app/5k-runner-0-to-5k-run-training/id448357306?mt=8), I’m doing it. I’ve lost 18 lbs and just generally feel better. My husband and I… Read more »

Thanks, Mir. I’m kind of stunned at my own sticktoitiveness!

Oh, and to quote a very wise woman, “You’re so pretty!”

Strong is better than skinny! I know you know this, but I’m so glad it’s working out for you. You go, Mir. 🙂

Yes, let’s hear it for a sustainable exercise routine! I’ve been working on the exercise piece these past 6 months, and it really does make a difference in mood, strength, etc. Of course, I was in such bad shape when I started that it is easy to feel a difference. For me it’s twice-a-week yoga classes, a 10-minute core exercise video from Kathy Smith (almost every day), and bicycling when I can, walking when I can’t bicycle. The result? I’m not suffering constant back pain and sciatica pain, so I feel closer to my real age of 51 than to… Read more »

Would love it if you could expand on the eating disorder topic you so brieflly mentioned…. or maybe just skip to the part where you provide the recipe for giving girls a positive, confident body image while making sure they eat healthy (aka… “STOP EATING CRAP!!!!!!” if you want your pants to fit nicely). Thanks.

I’m right there with you on every single day being easier to maintain than anything less than that.  I’m a big fan of the “30 minutes of activity a day, non-negotiable” system. I’m one of those people who loves working out, but even so, calling it “activity” instead of “exercise” helps me keep a healthier mindset around the whole thing – that I want to move my body in order to be kind to it; not EXERCISE to punish it for something.  Some days, I count longish walks between locations at work; if I’m sick, I count intentional stretching or trudging… Read more »