Twitter Facebook Pin It Email Article
Prev Breaking the Couch Potato Habit Next Postpartum Visits: How Helpful is TOO Helpful? 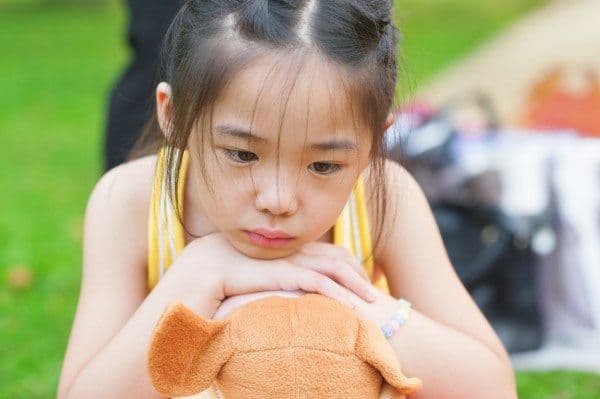 Grandpa has a Girlfriend! Did I Get Dumped?

When I recently moved down to Florida, many things ran through my head. Would my kids adjust to life in the sunshine state? Would our house disappear into a sink hole? Would all those lizards outside grow overnight into dinosaurs? One thing I did not worry about – my father’s love life.

My father has been single a long time. You can tell because he has about 14 identical navy shirts and about the same number of navy track pants and no woman on earth would let this be his entire wardrobe.  Plus, he considers a handful of grapes and a power bar to be dinner when any girl I know considers that a pre-dinner snack.

Ever since he split up with my mom (which was a million and a half years ago), he has had girlfriends now and then but nothing serious in a long time.

When we moved down to Florida, he decided to make the move too.  Since he helps me a lot with the kids, I was quite relieved. But I was still nervous about his adjustment. My dad is more of a Massachusetts, Red-Sox lovin’, outdoorsy, fix-it-yourself kind of guy and not really a bridge-playing, gated-community, let’s-get-dinner-at-4-pm man, so I wasn’t sure this was going to be a great fit. That’s the part where I was totally wrong.

My dad loved Florida. The palm trees, the warm weather, the easy life. And then he met a woman. Now there are two things you should know about this woman. First, she is part of my husband’s extended family. She is my husband’s aunt’s boyfriend’s daughter. I know. I got exhausted just typing that. Secondly, she’s much much closer in age to me than my father.

I don’t really care about either of these things. As far as age, true love isn’t about a number and as proof, I’m still upset about the Demi/Ashton break up. Plus my husband is a whole nine months older than me and somehow we make it work.

As far as the family connection, if things go sour, there could be some very awkward future family gatherings but that’s why they sell wine in a box.  Plus both of them are just good people with lots in common. So it seems like a great match.

I told my dad he had my full support and I wish everything just ended happily there. But things got a little bumpy. Suddenly, my dad had a social life that was on fire. The guy we saw all the time was now a bit absent – he was at the movies, out to dinner, attending folk singing performances. When did my dad start liking folk singing?!

And then he missed Christmas Eve.  My father always spends Christmas Eve with us. In fact, it never even occurred to me that he wouldn’t be there until my 9-year-old old daughter asked him if he was coming to Church and he said no. He was having dinner with his girlfriend instead (a girlfriend who happens to not celebrate Christmas).

I was extremely upset. He was defensive. After some tense discussions, we reconciled. But things felt a bit different. There was a distance between us. A huge, gaping distance.

My parents split up when I was still a baby so I have no memory of them ever being together. My mother and step-father raised me but I spent many school vacations and summers with my father. So my dad was there for my childhood, but not there. And I think I suddenly was thrown back into these old emotions – wishing I had more time and more of a connection with him.

Meanwhile, my oldest daughter wishes she didn’t have to share her grandfather with anyone. Sharing can be tough. No matter how old you get. But I tried to explain that her grandfather can love us and this new woman in his life. It just can take some time to work out a balance that feels good to everyone. I really sounded very wise.

I also remember what new love feels like. It’s completely intoxicating. You lose focus on everything and that’s where my dad is right now.

Thankfully, my father and I sat down and hashed things out. I explained that I want him to have a girlfriend. I want him to go to folk singing concerts. I want him to wear less navy. But that I also want him around for me and my family. We vowed to spend more time together – even if it’s grabbing a quick meal alone or having him join us for a family outing. And I suddenly felt like the world shifted a bit and we could be at ease with each other again.

It can’t be easy to find love at his age. Heck, it’s not easy at any age. I’m glad for him. I really am. So is a 49 year-old step mom in my future? I don’t know. But my dad is happy. I know because he showed up the other day at our house with a new haircut and a turquoise shirt to go with his track pants. And it made me smile.