Back story:  My friend and her husband have two kids.  My husband and I have no children.  We have been friends with them for about three years.  I used to be a nanny and love being around kids, and I absolutely LOVE their kids.  I offered many times to watch their kids, and eventually they got comfortable asking me to.  I have babysat for them, for free, on many occaisons, sometimes at a moments’ notice, sometimes dropping what I needed to get done (am a busy student) so that I could be there for my friends.  A while back we agreed to watch their kids for a weekend so that they could go away together.  At the last minute, my grandfather passed away and I flew home on my own dime (not cheap, and not in the budget) to be there for the funeral and cut the trip home short (36 hours, instead of extending it over four days) so that I could be back in time to keep my promise to my friend to watch her kids.  I watched their kids as had promised, it was a fun weekend for everyone, but it kinda itched at me that they didn’t offer to find someone else (they have a few childcare options: local family, a nanny) to watch the kids so that I could spend more time with my family.

A couple of months ago, she asked me to watch their kids over five days this summer.  Long story short, her husband was going to be home with the kids while she went away, but then her husband got an awesome job that meant leaving the country for four months, and she had already booked these travel plans.  I said that I could do it barring any issues around my potential summer job plans, and I told her that even though we were planning a trip home around that same time, it shouldn’t be a problem because we could work around her dates and be back for the kids (her dates can’t be budged).

I know that I pretty enthusiastically said that I would be here for her, that I would work around her.  You see where this is going, right?  This is a classic case of over-committing, and I am feeling like such an idiot.  I felt like I had to say yes (because that’s what friends dooooo!  [Yep, I’m a pleaser]), and I did not foresee any issues with saying yes, and so I said yes waaaay too emphatically.  But at the same time, saying a conditional yes wouldn’t have helped me in this case because sometimes UNFORESEEN things happen!

Cut to this week, and my husband mentions to me for the first time that he is going to be called to the Bar the Wednesday of the same week that we were planning on travelling home.  (Yes, I have already yelled at him for failing to tell me this sooner… arrrggg!)  We have to be home on the Friday because of a big family reunion, he has to be at the Bar ceremony if he wants to be able to practice law, and I want to go as his wife (because of course I do).  My friend needed me the following week.  Which means, if we returned from our trip home in time to be here for my friend, that we would only have 7 days to be home, except that we haven’t been home together in two years, and my husband has never met his nephew, and we have no idea when we will next be able to travel home – probably not for at least a year, probably longer.  FML, I had never anticipated any of these complications, I did not know that the Bar ceremony was that same week.  I thought that we could go for the full amount of time we wanted to go for on either side of the family reunion date without any impact on my friend.

So, realizing this, I decided to talk to her.  I tried to meet with her in person, but she is very busy so I had to send a message to her because I wanted to give her at least a month.  I said that if there’s any way to arrange for someone else to watch the kids, I would really appreciate it for all of the reasons I’ve mentioned above.  I apologized over and over, told her that I really hadn’t foreseen an issue, and promised that if there is no other way, of course I wouldn’t leave her with no options and of course I would be here for her.

I was thinking that since she has childcare options (local family, nanny), it was at least to *ask* if something else could be arranged.

I have no idea what’s going on with her now, because all of the communication was done over email, and she seems super mad.  She sent two one line messages saying “I will work something” and “obviously I won’t force you to end a vacation early”.  Very unlike her.

And it’s not like I’ve been a terrible friend, I have been such a good friend to her and have helped her out on many occasions, expecting (and receiving) nothing in return.  My husband thinks it’s outrageous that she asked me (see: local family, nanny) and also thinks that I never should have said yes (see: but I had to! my friend neeeeeeded me!).  I’m feeling taken advantage of and also like a jerk, because I realize this isn’t an awesome situation for her, but is it so wrong to ASK if there is another way when there ARE options?  She asked me first out of all the other options, it’s not like she came to me and said “so, I’ve checked with family and the nanny, and you’re my last hope.”  And it’s not like I said that I can’t or won’t be there for her, I said that if there is another way, great, and if not, I will watch her kids.  Also, a month in advance!  There is time!  Granted, not a lot of time, but time!  And local optionsssss!!!!!1

All of this leaves me feeling awful.  I don’t have a lot of friends (is that because I’m an awful person [see: THIS]???), she’s my closest friend, and the worst part is that she’s planning on moving away in three months.  I’m scared that this will wreck our friendship and leave us without enough time to get it back to what it was.

Signed,
Oh Crap, What Have I Done? 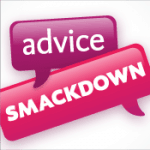 Oh Crap (can I call you Oh Crap? That’s one of the more excellent pseudonyms people have come up with), you need to calm down. Like, seriously. Like, you might have one of the worst cases of People Pleasing Syndrome I have ever seen, and I’m saying this with love and cuddles from a fellow lifelong People Pleaser.

Your friend might not be out to take advantage of you — I mean, you’re super-enthusiastic about caring for her kids, love her kids, have already moved heaven and earth to be with said kids. If I had a You in my life, I’d probably make you my top choice for caring for my kids too! She may simply be looking at her options (family, nanny) and picking you first, because you’re her favorite, her kids’ favorite, etc.

And even if this is the case, remember: You’re still allowed to say NO.

Or maybe she has come to take you and your availability and your free-babysitting-ness for granted. Maybe she’s a serial taker and a lousy giver.

And if this is the case, remember: You’re still allowed to say NO.

I can’t tell you if she’s really mad or not, or if you’re reading too much into the situation or misinterpreting tone. (I mean, hell: I’m currently convinced one of my friends doesn’t like me anymore and I don’t know why or what I did and I’m too scared to just up and ask her what’s up because OMG WHAT IF SHE DOESN’T LIKE ME ANYMORE OMG.) Given your general people-pleasing demeanor, I’d say it’s highly likely that you are overreacting and she’s not really that upset and does (deep down) understand that you aren’t deliberately messing with her and have the right to your own life.

Because. Seriously. You DO. Your reasons for backing out of the sitting commitment are fine and valid and you would probably DIE if you heard half of the excuses most parents get from family and hired sitters who cancel and/or flake on us — usually at the last minute, not a month ahead of time when there’s at least a chance a replacement can be found.

So stop apologizing. Ball’s in her court, shrug it off, try to make sure the next thing you guys do together is something two-way-street-like, like dinner or drinks or something you both enjoy. Stop obsessing, or at least try to. You made a big commitment that I totally do not doubt you had every intention of sticking with, but life happened and it didn’t work out and it kind of sucks but whatever. She might just be stressed out, like you said, particularly with a big move coming up and she might just…not have time for much else, including long verbose emails with friends about babysitting arrangements. The short messages might be an indication that this really isn’t a big deal to her (see: local family, nanny, back-up options) and she simply has no idea how much agony you’ve allowed it to cause you. Personally, I’d be horrified at the thought that one of my closest friends felt like I really expected her to rearrange her life and vacation and God-knows-what-else just in order to do me a huge freaking favor.

And if this really is a friendship dealbreaker for her, she’s an asshole, honestly, and you’re better off finding friends who don’t repeatedly exploit your eagerness to please.