Twitter Facebook Pin It Email Article
Prev Because Who Doesn’t Love Free Stuff? Next Because the Sisters Are Doing It For Themselves
Beauty & Style

Because You Asked For It

Hey Amy,
Ever since I discovered mineral-based foundation I have had an optimism/skepticism dichotomy going on in my head that is driving me nuts. So I thought I would ask. Do you have any experience? I would totally just try it, but it’s like $80. If it really is beautiful and natural looking I will buy it, but if not, pushaw! Is the hype justified?
Cristie

Okay, so I’ve gotten about two million billion questions about Bare Escentuals and other mineral-based makeups. I’ve never personally used any of these cosmetics. I had a couple friends who were both seriously underwhelmed by the Bare Escentuals line, with one of them having a fairly nasty reaction to the stuff after a few weeks. So I decided it would be best to stay away from that, as I am not a fan of nasty reactions. (I know! It’s a bold stance, but I’m controversial like that.) 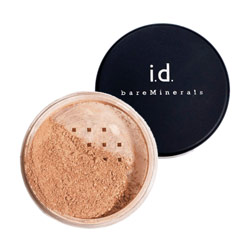 ANYWAY, a loooong time ago (in the pre-AlphaMom Smackdown days) I rounded up some experts and set them loose on the topic and then asked my readers to chime in as well. You can read it here. There was…um…a definite failure to reach a consensus. A near-riot broke out in the comments. I think somebody threw a lamp. Eventually we all had to agree to disagree, if only for the sake of the children.
But the powerhouse marketing campaign behind this stuff is UNBELIEVABLE, and I get at least one question about Bare Escentuals every week or so.
Which means it’s time to revisit the topic, poll the AlphaFoxyMamas and then take cover. Here’s what they had to say:
Peyton:
I have two different shades of Bare Escentuals blush — (Beauty and Secret, I think). I have relatively sensitive skin, and I don’t have any problems with skin irritation. That being said, because it’s a loose powder with a strong pigment, it is difficult to apply. I always get too much on the brush (have yet to figure out how to effectively use the packaging that it comes in — I generally just turn it upside down to get a little powder to “come out”). Even dusting off the brush leaves so much on that I have to mitigate the painted-lady effect that I get when I apply it. The upside is that when it’s applied over foundation, it stays on for quite a while.
I prefer Nars blush, which is the compact that I keep in my purse.
Jodi:
Bare Escentuals — love it, love it, love it! I’ve used other expensive makeup for years (Clinique, MAC, Bobbi Brown) and I always had a problem with after about noon I had no makeup on. My skin is combination, but the oily is really oily, and the makeup just slides off. This makeup stays on. My best experience was at an outdoor wedding in 100 degree heat. After 3 hours, I went to the bathroom and my makeup is perfect. My skin is better since I started using it. It is about the same price as other lines, but it lasts forever. And, the first day I wore it to work I got so many compliments. I can put it on in 5 minutes and it

I’ve refused to try that Bare Escentuals stuff every since I first saw it many years ago in the mall. They had a stand (one of those cart things in the middle of the walkways) and the guys hawking this stuff were SUPER annoying. They were literally trying to throw that stuff on my body. Freaked me out a little too much.
(Very similar to my reaction to the egyption lotion people – LEAVE ME ALONE! Grr)

If you live *anywhere* near a bare escentuals store (or posisbly a sephora) I highly recommend getting a free mini-makeover with them to see whether you like it. It’s also a good way to have someone who knows what they’re doing demonstrate the tap, swirl, blow, apply technique. I love the stuff, and second all the great things people said above. As for the shelf life issue, what I was told is that it the composition helps impede bacterial growth, and the packaging keeps the powder somewhat protected from contamination. (If you wash your brush regularly, that will help a… Read more »

Is it just me, or is the calendar on this site broken? Today is 10/25. I’m pretty sure this wasn’t posted yesterday afternoon.

I too found that BE was not the best thing when the potential to sweat was looming. (We went to Disney World in August, and I wanted to peel my face off after about 20 minutes. I only put it on one night for a special dinner out, and I ended up in the bathroom washing it off with a baby wipe.) Other than that, I have no complaints. I have a super oily T-zone (do they even call it that anymore?) and very dry cheeks. This stuff stays on, looks matte and gorgeous, and does not take too much… Read more »

I’ve never tried Bare Escentuals but I finally broke down and went to see a dermatologist about a month ago for my relatively mild acne and the doctor recommended it along with Clinique as the best makeup brands to wear because they won’t clog your pores as much. I’m not sure if these are the only brands she recommends but I ditched my Smashbox foundation and went back to my old Clinique and my skin is definitely looking better these days (prescription topical medications probably help too).

I have huge issues with my skin and my dermatologist recommended jane iredale mineral makeup. In fact, he uses it people right after lasering or dermabration because it (1) has a physical sunscreen and (2) the ingredients actual help heal your skin. I use the pressed powder with the brush-type pictured in the post and if I need to cover a spot or two I just use a small brush and layer a bit more on. As long as I use a good moisturizer it always looks great.

Can I just say that you don’t have to buy Bare Escentuals. Arbonne makes a version of that that is much cheaper.. like $38. I use it and I love it. Also I noticed that Avon has just come out with their version. I haven’t tried it but it’s only like $7.99 or $9.99. I would suggest start with the cheapest and work your way up from there. If you don’t like Avon, move to Arbonne and so forth. That way you aren’t out a lot of money to begin with.