Twitter Facebook Pin It Email Article
Prev Is It Safe To Color My Hair While Pregnant? Next The Etiquette of Maternity Hand-Me-Downs
Baby

What to Do When You’ve Spoiled the Surprise 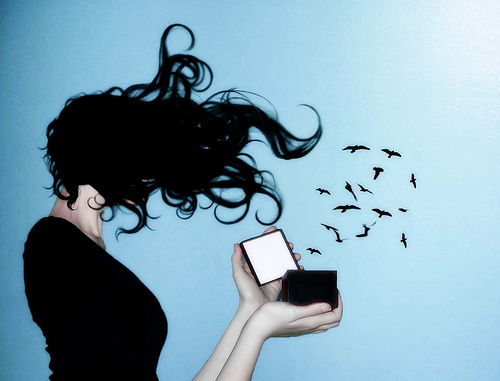 
There is a surprise co-ed baby shower for my husband’s coworker’s wife coming up. Surprise. The Evite was clear that it was a surprise (it’s a surprise, get it?), though not until the second paragraph. Which is my weak defense. It didn’t sink in.


I’ve seen this woman only a handful of times. I barely know her, and usually only see her at work-sanctioned, spouse-required events. During the course of conversation at a gathering (neither work-sanctioned nor spouse required) I accidentally mentioned this shower, including when it is to the mom to be. I had completely forgotten that it was a secret, and immediately realized my mistake, but it was too late. I’m usually awesome with surprises!


I swore her to secrecy and apologized profusely and have told no one, but I’m convinced my husband is going to come home from work this week asking me what the hell happened and why she knows when the shower is. I’m absolutely riddled with guilt and shame. I’m feeling guilt on par with having hit and run on an old lady. I’m pretty sure if the organizer finds out, I will be killed slowly and painfully and I certainly see her way more than the guest of honor.


I’ve considered several options such as moving, witness protection, having a horrible stomach flu at the time of the shower or running off to a convent. I think I’ve settled on just throwing unnecessary money and effort at this girl I barely know in the hopes that it goes away and I can make up for it.


Would you consider this an appropriate course of action? And if the organizer finds out, other than apologizing which I will obviously will, what do I do? Do I throw guilty, apologetic gifts in her direction too?


Please help me not to become a social pariah,
Buzzkill McGee

Oooooh, cringe. The brain-fart foot-in-mouth moment. We’ve all had them. We’ve all beat ourselves up over them for days.

And I’m pretty sure we’ve all been to a surprise party or two that wasn’t exactly a surprise anymore either. My own shower surprise was ruined when my husband used my phone to check his email and then handed it back to me, forgetting that the subject line SHHH! AMY’S SHOWER! was clearly visible. So. There is that.

Obviously, you can’t undo your little social gaffe. You’ve done what you can by begging the guest of honor not to let on that she knows, and there’s nothing else to be done but hope that her momma done raised her right, because it would be a HUGE breach of manners if she further “ruined” the party for the host. Chances are, your secret will be safe, and even if she is a terrifically bad actress she won’t sell you specifically out at the party. (If she does, well, she’s rude. And bleh to that.)

At this point, the guest of honor really should want to keep your secret for the sake of the party organizer. Maybe she totally already suspected something and even appreciates knowing for sure. (I was glad that neither of my baby showers were a surprise, because HELLO, at eight months’ pregnant I had one nice outfit that fit and a lot of sweat pants. I’m really glad I didn’t show up to a party where I was the center of attention and photographed and fussed over wearing those sweat pants.) It sounds like you’re beating yourself up a TAD more than is really necessary in this situation: you didn’t willfully go and ruin a party, you made a perfectly honest and common mistake, and it sounds like you handled it the best anyone could. Secrecy! Pleading! Collaboration with the pregnant lady and hoping for the best.

IF it is revealed that you made the blunder, it’s best to simply own up to it, apologize, and move on. Offer to help the host with the party set-up or chip in for the cost of the food or drink. Send her some flowers and a handwritten note afterwards. Expect some teasing. Being cast from the social circle and into the wilderness, with nothing but the clothes on your back and a naked mohawk-baby carrot jockey party favor? Probably not going to happen. Deep breath, and get back to wondering why anybody thinks making shower guest eat jars of baby food is a good idea.

Personally, I hate being the guest of honor at surprise parties, and my husband has sworn to always, always tell me if he gets wind of any surprise parties being planned for me. So you never know, maybe she appreciated your slip. 🙂

Does anyone really like surprise parties? Doesn’t everyone wish they had been told? You did her a favor, and considering it wasn’t intentional, I think you are off the hook.

My best friend will forever BE my best friend because she had the good sense to realize I meant it when I said no surprise showers (I was 8 months pregnant and in the middle of a huge work project and finals for my Masters). My mom did not listen to my preference and my best friend sold her out… secretly. I wore a garish green and yellow Blackalicious T-shirt with red sweat pants to teach my mother to never, ever do that again. This is what happens when you don’t tell your daughter about her shower, Mom! This is… Read more »

Surprise fetes just puts pressure on the party goers to keep the surprise and the guest of honor to act surprised whether they are or not. Most people are polite enough and know the “rules” and act surprised no matter what. You can totally stop beating yourself up over this one. If the party giver really is THAT upset that the new mom knows, maybe she just needs to get a grip. And I mean that in the nicest way possible:)

I read Catherine S’s comment several times before I figured out it didn’t say “surprise fetus”. Hahah. Oh my. That would be a lot of extra pressure.
I agree; don’t feel TOO guilty about it. While I’m one of those weirdos that does like a surprise party (because I look fabulous ALL THE TIME! not.), I concur that many, many, maybe even most people don’t like them. Especially at 8 months pregnant, when you feel 76 months pregnant.

Well, I did this exact same thing once. I totally blundered a surprise bridal shower for a friend. And as my first reaction, I also pleaded with her to keep it a secret, and to act surprised, etc, and you know what? She did. 🙂 She was very understanding about it – she teases me to this day about it, but no one else has ever known (and it’s been over 3 years!) It’s our little secret – she understood there was no reason to ruin the hostess’ plans, so she just went with it, and everyone was happy in… Read more »

I agree with everyone else, surprise parties – not cool. I would hate that. You probably did a good thing!

I think I just ruined a suprise trip!! What do I do??