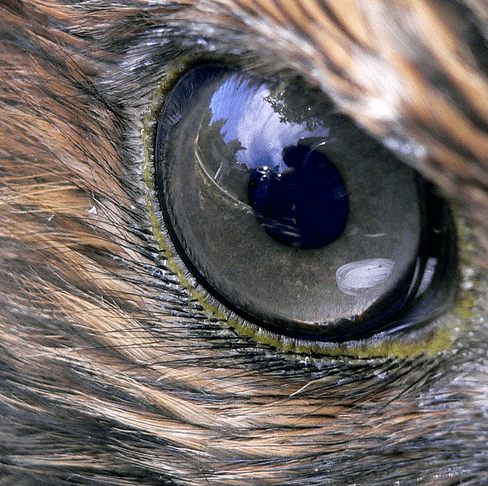 I am currently 28 weeks pregnant with my first child and oh my lands am I overwhelmed with all the stuff I need to buy. Your pregnancy checklist has been such a godsend but I still need more info. Somehow I managed to make a decision on which crib set to buy. Then it was the crib mattress debate. Now my latest quandary is over what I should purchase for a baby monitor. Is a video monitor worth the price? Which one is better than the rest? I spent almost an hour in Target this past weekend picking up and then putting down a Summer Handheld Baby Video Monitor before ultimately deciding I wasn’t prepared to fork over $200 for something that I didn’t know the first thing about. Maybe you and/or your readers have some insight and advice? I need to get this debate settled so I can move on to obsessing over which pack’n’play to purchase!

Thanks a million,
C

(We have updated reviews of baby montiors here.)

Okay. So it turns out I have a LOT to say about baby monitors. And I’m afraid none of it may end up being particularly helpful, but here goes:

With Noah, we skipped the pricey video monitor (which, I believe, were even MORE expensive at the time) and went with your basic lights n’ sound model. Which one? I have absolutely no recollection, and a quick perusal of Amazon suggests it’s not even available anymore. An antique, already! We used it very rarely, honestly, because we lived in a small loft-style apartment and DIDN’T ACTUALLY NEED A MONITOR. I am pretty sure someone along the registry way told us this, but of course I would not listen. A baby monitor was right there on the store’s list of stuff we neeeeeeeeeded. So therefore we neeeeeeeeeeeeeeded it.

We didn’t. The monitor simply amplified the sounds that we didn’t need to hear: Noah’s sighs, snuffles, wiggles, etc. When he actually woke up…he cried, and we could easily hear these cries from our room. (You’ll be amazed at the spidey-sense hearing you immediately develop after giving birth — it’s like a personal superpower, the ability to hear your child roll over in his sleep from three rooms away, or to wake up exactly 10 minutes before he starts demanding boob.) The monitor drove me crazy, jerking me awake over and over. Finally, we turned the sound off and went only by the lights (they would indicate the volume of noise the monitor was picking up, so we knew we could ignore the one- and two-light flashes). This seemed counterproductive — you can’t hear lights in your sleep, right? But again, when Noah really needed us, we heard him.

All that aside, the monitor was most handy during the day, when Noah napped and I did something else noisy — like cleaning up the kitchen, with the water running, drying my hair, etc. It certainly was never essential, but since we picked out an inexpensive model AND got it as a gift ANYWAY, it wasn’t like, a hugely regretful purchase or anything. I donated it to charity sometime before Noah’s second birthday.

Now. Ezra. By this point we were in an actual house. With hallways and floors and stairs and LEVELS, SO MANY LEVELS. And video monitors were IT. Practically all you could buy, unless you were a cheap, neglectful bastard who did not care if your baby stopped breathing in his sleep because you WEREN’T WATCHING HIS CHEST RISE AND FALL.

So after reading approximately 22,394 different online reviews, we bought the Summer Day & Night video monitor, likely the very one you pondered in Target, (or perhaps a version or two ago). We gave it a test run in Noah’s room. He’d already made the switch to a big-boy bed, but we were having a hard time keeping him in it at night. He’d get up, wander around his room, jump on the bed, kick on the headboard, all stuff that required multiple trips upstairs for gentle scolding and re-tucking. Same thing at naptime. For this purpose, the getting-a-toddler-to-sleep-in-a-real-bed thing, I REALLY loved having the video monitor. We could just shout up! Noah! Get back in bed! And then we’d watch him freeze, like how did they know? And he’d scurry back under the covers, because WHOA, MAMA SEES ALL.

Since we weren’t planning to have a shower, we paid for the monitor ourselves…only to end up getting a second one as a gift. We were given this Graco model, and decided what the heck, let’s keep it and try it out: We liked having a monitor in Noah’s room, maybe we’d actually use both of them. The picture quality and range were pretty comparable (let me note that you should not expect any of these little monitors to be HDTV-quality, or anything like the “simulated images” on the packaging — they’re more like a fuzzy closed-circuit security camera, not even as good as a standard webcam, particularly in the night-vision mode), but OH, the BATTERY LIFE. The Graco did NOT hold a charge. Despite the handy, flip-phone style parental unit, we found that we had to keep it plugged in pretty much non-stop. Carry it downstairs during a nap and it was dead long before the baby woke up. I hated it.

By the time Ezra was born, the Summer was our clear winner and monitor of choice. Jason installed the swiveling camera above the crib at the perfect angle and we were all ready to obsessively monitor our newborn with space-age modern technology.

Aaaaand…we rarely used the thing. Again. Ezra slept either with us or in our room for the first four months, and usually napped in places like…his swing, his carseat, a sling, my arms. All generally pretty portable, so I never really needed a monitor to keep an eye on him. We did indeed use it when he first transitioned to his crib, and then I misplaced the parental receiver part less than a month later…and then…we actually still don’t know where it is, to this day. Somehow, we’ve all survived just fine without any type of monitor.

When I was pregnant I imagined all these scenarios that would put me out of earshot — I’d be down in the basement with Noah, out in the backyard — and then found that ACTUALLY, my hearing is pretty good, or I’m simply pretty good at tuning into Ezra’s schedule so I just *know* when to start listening for him. Turns out that occasionally coming in from the backyard to listen at the bottom of the stairs isn’t that taxing, and I usually come up from the basement playroom to get drinks or snacks or whatever pretty often, sooo…. Yeah.

All this said: The Summer one is the way to go, if you want a video monitor. It’s a nice little monitor. I sure am hoping our lost receiver turns up in time for Ezra’s big-boy bed transition. Just…maybe don’t buy it for yourself. Stick it on the baby registry. Wait for your shower. (I know, you are SURE nobody will shell out $200 on you. But then a couple people pool their money, your office goes in on a surprise group gift, someone just up and SHOCKS you with their generosity…or someone who already owns one spots it on your list and offers you theirs.) At the very least, wait until you get some gift cards and feel pretty well stocked on most other essentials.

In the end, the video function is gee-whiz cool, provided you actually find it reassuring and convenient. If you get a light sleeper who pops up every time the floorboards outside his room creak, the remote monitoring is crazy handy. (As opposed to I MUST STARE AT THE SCREEN ALL THE TIME. I AM KEEPING MY CHILD ALIVE THROUGH THE FORCE OF MY STARES AND NEUROSES.) However, if you’re really looking to keep costs down and the amount of unnecessary gear and gadgets to a minimum, hold off. Don’t feel like a standard ol’ audio monitor means doom and danger to your newborn.

(Any Graco Pack n’ Play will do, though I’m slightly jealous of the new models with the little napping station. We bought one with a bassinet and diaper changer, neither of which we used all that much. Noah hated the bassinet, the diaper changer was at an awkward height, then we lost a part to the bassinet attachment before Ezra arrived. [Wow. We’re real organizational winners, aren’t we?] The basic actual Pack n’ Play, however, has been a lifesaver time and time again, for travel and houseguests and general baby containment purposes.)

Considering an online baby registry? We recommend our affiliate Amazon’s Baby Registry, which offers free 90-day returns on baby store purchases. You can even add items from other websites onto to your baby registry.