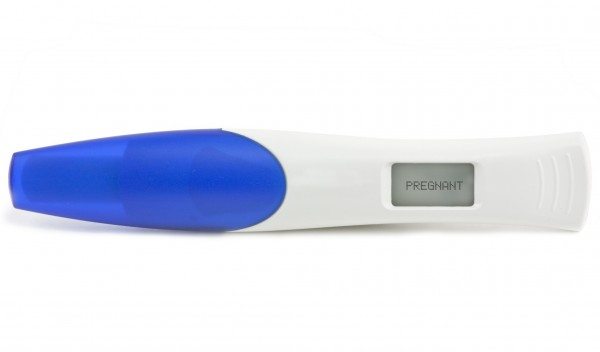 I’m Pregnant and She’s Not

This is embarrassing (and says something about the various places I have worked) but I have been reading your blog and the advice smackdown for I guess 7 years at this point!? Anyhoo, I neeeeeeeeed your advice (you being the master of all things pregnancy etc.) on a sensitive issue.

I began a job last year and work closely with a very sweet 34 year old woman who has been trying to get pregnant for 5 years with I think 20 IVF cycles behind her (we don’t live in the US so IVF is completely covered by health insurance) and all the anguish that involves. The past year she took a break from back-to-back treatments and was told by her doctors that due to the health risks (for her) they will only let her go through one more cycle. She is planning that cycle for December after finishing up some work stuff and going on a holiday to destress. Lovely.

Except I just found out I am pregnant (and I already have a couple of kids). Which is good news, at least for me. But I can see where telling her that will be a horrible, devastating experience, especially if she just had her last cycle with no result. While I don’t know all the details, with her history I think it is fairly safe to guess that her chances of success this time are unfortunately not great. But by December I will be 3-4 months and about at the point where I need to tell because it will be noticeable.

So the question: Is it better do you think to tell her before or after the treatment? That is, will it be harder on her to hear it before the cycle when there is still a chance she may get pregnant but it will upset her right when she is trying to be calm and not stressed, or after when she is already a puddle on the floor. It’s just horrible to contemplate either way. I don’t want to add to her misery but can’t see how this won’t just be a punch in the gut for her. What should I do!!! HELP!

You know, we’ve covered this topic before and it’s…a tough one (Here’s When Pregnancy Announcements Attack Part 1, Part 2 & Part 3). And not really a topic where you’re going to get a nice consensus about: THIS. THIS IS THE 100% FOOL-PROOF WAY TO HANDLE THIS SITUATION.

Some women who struggle with infertility like to be told in person, privately. Some like to be told over email so they can be alone to process the news. (Though the world of smartphones and wireless devices has changed this — emailing now runs the risk of dropping your announcement on the person in…the grocery store or on the subway.) Some women prefer to be treated just like anybody else and actually bristle at the idea that they need to be treated with kid gloves. And for all of them, it also probably depends on their relationship with person announcing the pregnancy. I was always pretty good at handling friends’ pregnancies and managing to work up a decent amount of joy and excitement for them…but that bitch down the hall in accounting who just had a $200,000 wedding and got knocked up in Italy on her honeymoon and is being so freaking smug about it? WHERE’S MAH VOODOO DOLL AND SOME PINS.

So weirdly, this past week I found MYSELF in a position I never, ever thought would happen: suddenly looking at an OOPS! THAT’S CRAZY! surprise (third!!!) pregnancy. And then wondering how to tell a friend who I know is currently trying to get pregnant and getting mighty frustrated, particularly because she’s been surrounded by people announcing their own OOPS! THAT’S CRAZY! surprise pregnancies. So I emailed her. I felt…weird, because I didn’t want to come across as 1) head-pattingly condescending, 2) presumptuous that MY news would like, completely shake her world to the core and make her cry, because you know, she’s an adult with her own life and all, or 3) overly-apologetic about the pregnancy itself, because that doesn’t really help anyone, especially because it’s MY BABY I’m talking about.

Instead I apologized for the timing and made some jokes about suddenly being the person I always secretly hated, and expressed my sincere wishes that she get similar news super-extra-soon.

And she was nothing but thrilled for me, because we’re FRIENDS and friends get happy for each other.

(If she’s reading this — dude, NOW I need to apologize for using you as an Advice Smackdown case study. Feel free to chime in the comments and tell everybody everything that was wrong with the way I handled the situation and what an asshole I am.)

Anyway. Back to you. I’m guessing, at some point over the past five years, during these grueling back-to-back IVF treatments, your coworker has encountered other pregnant women. (Has anyone in the office had a baby during that time frame? Anyone that maybe you could talk to and find out how they told her?) While your timing may suck extra particularly hard, I’m sure she’s aware that other women manage to conceive the old-fashioned way, and has managed to remain professional despite feelings of jealousy or grief. It’s wonderful that you are valuing her feelings and want to do everything you can to minimize her pain, but…it might just not be super-possible. And that’s not your fault. It’s infertility’s fault. Because it’s a huge freaking jerk and I hate it.

I suppose, if it were me, I’d want to be told before the cycle. Before my last bit of hope was yanked out from under me. I’d want to be told gently and privately — but not condescendingly, with the assumption that I “can’t handle it” or anything. “I understand this might be hard, but I want to tell you, even though I know the timing sucks…and I also want to tell you how absolutely fervently I am thinking of you and wishing/praying/hoping for a really awesome outcome this time.” Then perhaps a “good luck!” card or flowers would be nice, a few days later. (Delivered at home, preferably, so as to not make it a big thing at the office.)

But that is just me. You know her, and she might be completely different. You sound like you have a good heart, so listen to it, and your gut, and do the best you can.

She might completely surprise you with her own level of maturity and acceptance — or at least, her poker face and ability to fake it. Perhaps they already have a plan to proceed with adoption or surrogacy if this cycle doesn’t work and it won’t be the catastrophic END that you fear it might. Perhaps…this cycle WILL work and she’ll get to enjoy a pregnancy right along side of you. Let’s all hope really hard for that option.