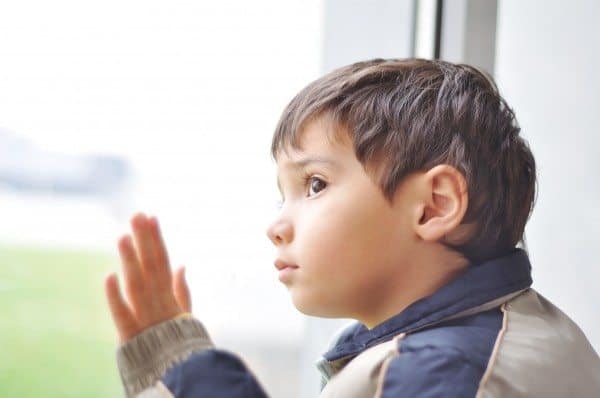 When Grandparents Are a Grand Mirage

My husband and I have a wonderful 4 year old son who is delightful, curious and full of energy.

A week after he was born, my in-laws announced they were selling their centrally located home and moving around the corner from my sister-in-law and her 2 children. The new home is 90 minutes to 2 hours from any airport and a six to seven hour drive from our house. They spend heaps of time with their other grandchildren.

With us, it is trips every six months for 36 hours that are often canceled the day before or even the morning of because they aren’t “feeling well.” Including the day before his birthday party after they promised to come. While they are aging, they don’t appear to be in frail health.

They recently brought the whole clan to our hometown for a visit and to see us. Okay, really just to do touristy stuff and they stayed 30 miles from our house in a hotel and still expected us to show up for dinner.

Except for when they called 10 minutes after I picked up my son from school to say, oops, no dinner tonight. We’re too tired. And then on the last day, they declined to watch him to a little recital with his cousins, opting instead to have drinks in the hotel bar before dinner.

Now I know I can’t change them. The lack of a relationship with this grandson is their loss.

But how do I cushion the blow to a 4 year old? We’ve tried not telling him when they are planning a visit but they tell him even after we’ve asked them not to. He ends up in tears routinely because they don’t honor their agreements. Unfortunately, we don’t have another set of grandparents to shower him with attention. Is there a book out there “Grandparents Who Don’t Show Up and Seem to Love Your Cousins More?”

You’re absolutely right. It’s their loss. It’s not your job to change them, but yeah, it IS your job to protect your son from their…whatever this is. Flakiness? Cluelessness? General all-around jerkiness?

This, right here, just about broke my damn heart: We’ve tried not telling him when they are planning a visit but they tell him even after we’ve asked them not to. He ends up in tears routinely because they don’t honor their agreements.

Well, you know what, then? They’ve just lost their right to speak directly with your son. Sorry. That’s just…no. At this point, the pattern is clear and established enough for a good ol’ fashioned confrontation-style phone call, the next time they make noises about visits or birthday parties or whatever. “We’re really looking forward to it, but just FYI, we’re not telling Junior that you’re coming because frankly, we’re tired of being the ones to break his heart when you cancel at the last minute, as you’ve done the last (two, three, however many) times.”

*BUT BUT BUT INSERT A DOZEN “VALID” EXCUSES FOR WHY DRINKS AT A HOTEL BAR WERE MORE IMPORTANT THAN A RECITAL AND/OR MYSTERIOUS HEALTH PROBLEMS ETC. ETC.*

“I understand that. But a four-year-old doesn’t.”

If you really can’t bring yourself to be all HAMMER OF THIS ENDS NOW yet, you probably WILL need to figure out how many more chances you plan to give them before you start…well, severing the relationship on your end, too. Because yes, yes, grandparents relationships are wonderful and important…when there IS a relationship in the first place, and when it’s not freaking bordering on emotionally abusive because said grandparents are tone-deaf to playing favorites and/or breaking promises.

Basically, how long do you hope to keep up what is, essentially, a charade for your son? Because he will figure it out at some point. And it might be easier on him if you simply remove all expectations entirely, and stop playing the your-grandparents-are-fun-and-awesome-and-special part on their behalf (“We’re going to see Grandma and Grandpa tonight, yaaay! Oh wait, there’s the phone, dammit.”)

It’d be one thing if you WERE dealing with something temporary — my parents, for example, were not able to be the sort of grandparents they wanted for a long, long time, because of my dad’s very real health problems. They couldn’t visit us, our visits there were frequently canceled because of hospitalizations or a “bad day” or cut short because someone had a cold that could really hurt my father, etc. But still, we kept up…I don’t know. Hope. The idea that Nana and PopPop would one day be able to take them places and be more involved and WERE, in fact, awesome people who loved them more than anything. My dad wasn’t ever able to recover and be all that, but it was not for lack of trying like hell. My mom, now, is ready and able to, so I’m glad we worked hard to keep up a semblance of a relationship even during the rough patches.

I grew up with just one grandmother and she was IT, and she was AWFUL. And I figured it out that she was AWFUL at some point and liked my siblings better than me and yet wasn’t even all that nice to THEM either, if the mood struck her, and…yeah. It hurt. I think my parents did just about everything in their power to shield me from that hurt — they never openly trash-talked her, or anything, but did make sure to keep my expectations low and my contact limited — but it still stung. But I got over it. I was very quickly able to realize that it had NOTHING to do with me or my parents and everything to do with HER, and because I didn’t really hold any grand illusions about my grandmother…yeah. I was fine. Your son will be too, even if this situation never gets any better. Just…keep him out of the line of fire and emotional disappointment, as best you can.

And who knows, maybe if you (or more accurately, YOUR HUSBAND) have a come-to-Jesus moment with them and point out the pattern of broken promises and cancellations and start imposing some CONSEQUENCES (like refusing to hand over the phone to your son or ceasing with the invites or being busy YOURSELVES the next time they make noises about visits)…maybe, just maybe, they will figure out that they are missing more of their grandchild’s life than they realized and falling down on the grandparent job.

I just…wouldn’t count on it, honestly. But it will still be okay. Your son has YOU, and you guys are enough. There’s nothing to be gained by a “relationship” with serial disappointers parading around as beloved, involved grandparents who aren’t earning that reputation.