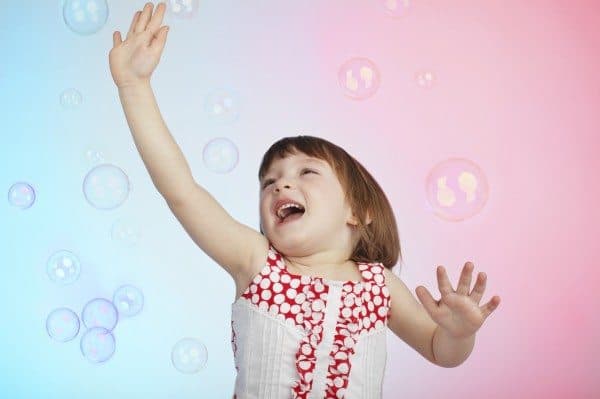 What to Expect at Occupational Therapy

Help! My 3 year old son is undergoing OT for some sensory processing issues (mostly sensory seeking and described as mild in evaluations). He’s been going for a little over a month and the proposed treatment cycle is for 6 months.

When do you see progress? My concern is that he seems to be getting worse, not better. Increasingly rigid in his thinking and behaviors and tons more tantrums. I’ve discussed my concerns with his OT and the program coordinator. They responded that you can’t put a timetable on these things.

Thanks!
Desperate in Suburban Maryland

So I hesitate to even tell you about our early efforts in occupational therapy, because…it just has nothing to do with your child, no matter how many similarities you might see, “issue” and behavior-wise. And it’s not exactly super-reassuring, but since you asked: Our first go-round with OT was DISASTROUS.

Occupational therapy CAN be fun for kids…but it can also be challenging and frustrating and button-pushing. The key is to find a therapist who can find a way to balance it out and keep the child engaged and willing and receptive. We did not find one, at first. Our first OT was…well, she was awful. She was aggressive and easily frustrated and had no patience for kids who resisted her. And Noah resisted her. He hid from her. He screamed at her. He refused to do anything she asked him to do, and she made it worse by trying to force him. She made no effort to bond with Noah or earn his trust — she just marched in one day, told him to strap him into his high chair, and then proceeded to rub his face with a washcloth while he flipped the eff out. Later she tried to force him into a fabric bag; he tried to hide under the couch instead and got his head stuck.

Much, much later, the truth came out: She told me that actually, she didn’t think he even HAD any sensory problems — he was just a brat. Uh-huh. She called my child a brat, to my face. So. Yeah. Not surprisingly, Noah did not make one stitch of progress under her care.

Am I saying that your son’s therapist is a bad fit? NO. His behaviors could be coincidental, or simply coming from him being challenged on a regular basis, or anxiety because he’s just not really sure about this whole thing yet. I really don’t think a month is long enough to produce miracles, and regression probably isn’t unheard of at all. But a bad fit IS something to watch out for. Is his therapist patient with him? Does she mix up preferred and non-preferred activities? Does he seem to…you know…LIKE her, like going to see her?

We finally saw progress in OT last summer, at camp. The therapists were patient, willing to try different tactics and they didn’t take Noah’s initial resistance and freak-outs personally. It took awhile, because they needed to get to know him and what he liked and what he didn’t. They found that they could get him to do more challenging things (fine-motor, for example) if they sandwiched it in between something he loved (like riding a tire swing). They didn’t push certain things that really bugged him (shaving cream, fingerpaint) until they were really, REALLY bonded with him. And yes, this still took longer than a month (and this was a 3-day-a-week program, and later 5 days).

So how’s this for wishy-washy advice! Give your son and his therapist time to bond, but don’t hesitate to demand a change if you sense that bonding isn’t going to happen.

Other tips for getting the most out of OT:

1) Change up the scenery. Some kids like therapy at home; others need it to be at a new, neutral setting. Some do fine in classrooms or sensory gyms; others do best at playgrounds. Are you there? Leave. Are you not there? Attend.

2) Make sure your therapist is giving you activities and ideas to incorporate at home, EVERY DAY. Get a sensory diet going, incorporate DIY stuff from “The Out-of-Sync Child Has Fun” (though your OT may have better ideas for a 3-year-old — a lot of stuff from that book is aimed at older kids). Don’t expect a one-hour session once or twice a week to change your life, you’ve GOT to do stuff yourself too.

Thanks to our health insurance (JERKS. BIG FAT AWFUL JERKY JERKS), Noah currently gets speech therapy but not OT. Last week I went to pick him up from camp and found him lying on the carpet sobbing, because he just wanted to go to OT so badly. I can’t even tell you what a far cry that is from last summer, or from our initial experience. I wish I could tell you exactly when I “knew” we were on the right (or wrong) track, because sometimes it’s only in hindsight that you figure this stuff out. Good luck.