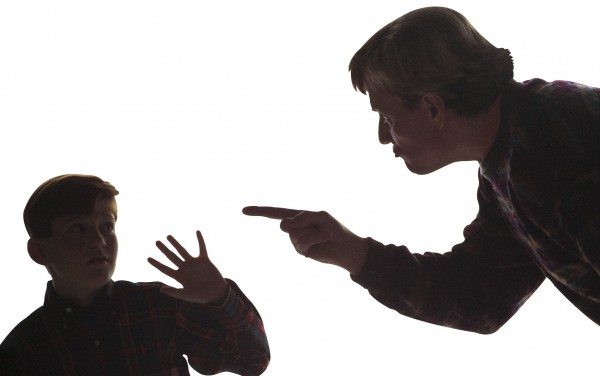 What Do You Do When You See Bad Parenting?

If we are going to be honest, at some point in our parenting career we will treat our children in a way we come to regret. Sometimes immediately. Sometimes well after the fact. There is not one of us who hasn’t wished at one time or another that they could have a do-over.

I have not seen the television program, What Would You Do?, but Lisa Belkin wrote about the show on her NYT Motherlode blog. The premise of the show is to see if people intervene in situations. This show in particular had a mother yelling at her child for getting an A-. It is important to note that both the mother and child were played by Asian actresses, preying on the Tiger Mom stereotype.

Would people say something to the mother about her behavior? Turns out they did.

This surprises me. I rarely see people intervene.

I am sitting on the bleachers watching 5 and 6 year old boys practice t-ball. There is one father, also one of the coaches, who is always yelling at his son. Screaming. He storms across the field any time his son does anything that isn’t perfect. Other parents and I comment daily about how tough he is on his kid.

Yesterday I looked up from texting, because let’s face it t-ball practice isn’t exactly riveting, to see the kid running laps around the field after he had missed a catch. After the first lap I see the father say something to the kid. He is now doing bear crawls around the field, pausing every so often to do push-ups.

All of us watching agree that this father’s behavior is over the top. We all agree that it is inappropriate at best and abuse at worst.

Yet, none of us say anything to him.

It’s not our business, is it?

I am in the grocery store. A mother gets in line behind me pushing one of those unwieldy carts with the separate seating area in front of the cart. I can tell she is frazzled. The child is probably about 3 years old, whining, crying, kicking her feet. I feel for the mother. I have been there. Any of us who have children have been there. I try to smile at the mother, to let her know I am not judging her, but she doesn’t make eye contact. Suddenly she snatches the child by her hair and yells in her face.

I am sure that my shock shows on my face, but I say nothing to the mother.

What could I say, really, that would make any sort of difference. This is but a tiny snippet of her day.

It’s none of my business, is it?

Both of these events have been in the forefront of my mind this week. I go over the events in my mind, each time trying to decide what I should have done differently. Where would have been the right place to intervene, to say something. And what should I have said?

I think the first situation is the one that weighs on me the most, because I see it on an almost daily basis. I want to say something, but I don’t know what to say. I don’t think anything I said would be welcomed, because, let’s face it, how many of us like to have our parenting critiqued. And yet sitting idly by seems equally as wrong.

What he is doing to his son seems abusive to me, and to some of the other parents, yet I think it is in a sort of gray area. Most people would think the father’s behavior was over the top, and certainly not kind, but when you mention the word abusive people tend to shrug their shoulders.

It’s not our business.
Don’t interfere.
Don’t make any waves.

These are the things that we say to ourselves when we don’t intervene, right? And usually it has nothing to do with the situation we witness but our own insecurities. We don’t want someone to be angry with us.

I end up confronting the father of the child on my son’s baseball team. Several months of this behavior made it seem to me that it was a pattern, not an isolated incident born out of frustration or weariness. Maybe that it where the line lies between making something our business or giving the benefit of the doubt. The line between being the perpetrator of a parenting drive-by or having enough knowledge of the situation to truly judge.

I thought I was being very specific. I thought I tempered my words. I spoke only about the single incident that troubled me. He did not take it well and instead decided to take my words as an indictment of his over all parenting skills. To say he was angry would be an understatement.

I felt nauseous from the level of animosity I felt coming at me. Not one  other parent stood with me.

I begin to let my own insecurities think that maybe it really was none of my business.

I am in the grocery store at the witching hour. That is what I call the time of day when the children are tired, cranky, unreasonable and probably hungry. I knew it was a bad idea to try and do a quick stop with my six and seven year olds, but I really had no other choice. They have whined and bickered throughout the store. Standing in the check out line has exacerbated their bad behavior. Suddenly one child kicks the other. There is shoving. There is crying. I have reached the end of my rope. Each have clutched in their hand a candy that was promised to them if they behaved in the store. I reach out and snatch the candy. Roughly. My temper is short and I speak unkindly. I am not at all sympathetic to them. There are tears.

I make eye contact with the woman who has gotten in line behind me at some point.

Wow, you are tough.

I can’t tell if her words are those of admiration or judgment. I assume the latter. Why?

My face burns. Not with shame or embarrassment, though I feel those too, but with anger at this woman. Who is she to judge me? She knows nothing about me. She knows nothing about my parenting. She doesn’t know that most people consider me to be almost saint-like with the level of patience I (usually) have with my children. I think even Mother Theresa would have drop kicked my two kids out of the store on this particular day.

My anger toward the woman behind me in line surprises me.

I have found in the course of my life that when my anger flairs up so hotly, there is a nugget of truth that I need to examine further. In this case I didn’t have to do any soul excavation, I knew why I was angry. Instead of choosing compassion for my children, I took my own frustrations out on them. Not by taking the candy away, though in retrospect given the time of day and their level of crankiness I was setting them up for failure, but by snatching the candy away from them and behaving in a way that I would never tolerate coming from them.

I realized that I was angry at this woman for holding up the mirror in which I saw myself.

I still see the father a few times a week, since our kids play on the same team. I didn’t regret what I said. I think it needed to be said by someone. At the time I was just wishing I didn’t have to be the one to say it.

In the weeks that have followed I have not witnessed him treating his son in any way that would be considered abusive. His whole demeanor on the field has changed. There isn’t any physical punishments nor has there been any inappropriate screaming.  There has been a lot more encouragement and positive reinforcement.

Maybe he just needed someone to hold up the mirror.