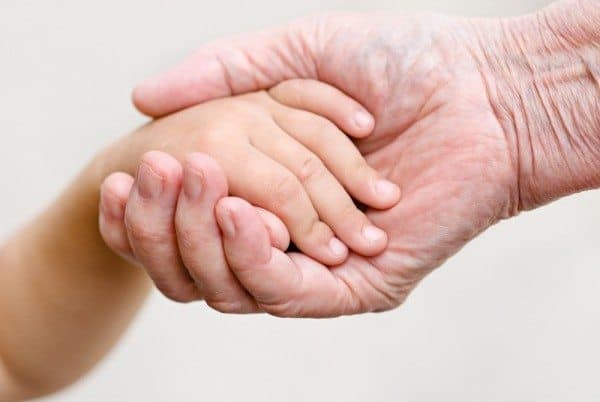 On Sleepovers & the Silent Treatment

Thanks for a great blog with much entertainment and words of wisdom.

I’m writing to ask your opinion/advice on a certain sticky point that my husband and I don’t seem to quite agree on: sleepovers.

We have a 20 month old boy who is a delight and brings us much joy. He’s not the greatest of sleepers and still wakes 2-3 times a night calling for me or his dad for a cuddle.

After a few particularly bad nights of having to get up multiple times, my husband suggested that our boy go to my parents-in-law’s house for a sleepover so that we can get at least one night’s proper sleep. Also, grandma and grandpa would love to have him. The thought of a good night’s sleep got the better of me and I initially said yes. However, after thinking it through the next day, I told him that I don’t think it’s a good idea after-all for the following reasons:

– we don’t see grandma and grandpa that often. As a family, we visit their house maybe once every 3-4 months and it goes without saying that he’s never been to their place without us. I didn’t feel comfortable for him to sleep over in an environment that’s unfamiliar to him.

– he’s never even had a day sleep at their place.

– considering that he still wakes up during the night, asking for us made me worry that, if grandma or grandpa appears, he’ll be totally freaked out.

I offered that we can take him to the grandparents’ house for a few day visits on his own and then maybe try a sleepover later. To make a long story short, me saying no caused my husband to erupt and following that, a three day silent war. Also, my mother-in-law probably thinks I don’t trust her child-minding capabilities or that I don’t want her looking after our son. Which is not true, of course. On the positive side, my husband and his parents agreed to the day visits and easing our boy into getting used to visiting their house.

Did I do the right thing or am I over-protective and mollycoddling the boy, as my husband thinks?

Thanks for the advice,

1) I personally think sleepovers with loving, responsible grandparents are GREAT, for everyone involved, for a variety of reasons.

2) However, I think your suggested compromise of a few extended day visits before a sleepover is an entirely sensible one, for your personal variety of reasons.

Sorry to derail from the topic you thought you were asking about, but that was my biggest takeaway from your letter. That was a childish, resentful, red flag of a reaction. (Please tell me he did not actually use the phrase “mollycoddling the boy.” Look that word up. It’s not nice.) Completely over-the-top since you weren’t saying “nope, not ever, this baby is never leaving my side for the rest of our liiiiiives,” but more of a “I would like such-and-such to happen first, before I’m comfortable with this.”

I mean, you know your son. Personally, I’d probably take the offer and run off to the nearest hotel for my luxurious free night of sleep. PERSONALLY. But I’m just a jerk like that, and like to tell myself that I’m raising my children to be more independent and flexible by exposing them to new environments and people. But I can STILL totally get behind your perspective that, eh, let’s ease him into the new environment and people before going for the overnight.

And even if I disagreed with you completely, I would never “erupt” at you and throw a three-day hissy fit about it.

This hints there’s something deeper going on here. Have there been boundary issues with the in-laws you’ve butted heads over in the past? Have you guys clashed over parenting styles before? Has he accused you of being over-protective or helicopter-y about other things? Is the waking up 2/3 times a night for cuddles a result in one parent’s decision not to sleep train, rather than a situation that you’ve both accepted as okay (or at least unavoidable)? Is the sleep deprivation hitting him “harder” in his mind (i.e. he works full time, you stay home) so there’s a “BUT YOU DON’T UNDERSTAND I NEED THIS MORE” aspect to this particular topic?

Are you guys having sex regularly, or has the nighttime pattern killed that?

Sorry to pry or invent a bunch of possibly-irrelevant scenarios here. Just putting on my Internet Couples Therapist hat (it’s a fake, I bought it on eBay) and trying to guess at what the REAL issue is, and why the sleepover thing is the hill he’s chosen to throw a tantrum on. Maybe he just really, really needs a break from Daddyhood (ACCEPTABLE) and wants a night where it’s just the two of you like the pre-kid days (UNDERSTANDABLE), but when you said “not yet” he let all sorts of other bubbling resentments and parenting frustrations come to the surface (NOT FIGHTING FAIR).

And there was a brief eruption and a chance to actually talk about these things and feelings. And then a rapid downshift back to silence and NOT communicating what’s really wrong.

I think you guys need to circle back and have the discussion you should have had, pre-eruption. Give him a chance to tell you why he reacted that way (he thought you were insulting his parents, he just needs a break that badly, etc.). Hopefully come to an agreement that the silent treatment is just as unacceptable and unhelpful of an approach to disagreements as full-on screaming and throwing plates at each other. Promise each other not to do it again, and to be more collaborative and communicative when it comes to co-parenting your son. One parent can’t make all the decisions and rules and sideline the other. However, both parents have a responsibility to listen to the other’s opinions and concerns and compromise as needed. Which if I haven’t been clear, I think you did just fine with your suggested compromise. He could still disagree with your reasons for wanting the compromise, but he HAS to find a better way through these sorts of disagreements than blowing up at you, hurling wholesale criticisms of your parenting in general at you (“MOLLYCODDLING”), and then refusing to talk it through.

Fight fair out there, peeps.