Twitter Facebook Pin It Email Article
Prev Potty Training Wars: When to Surrender & Give Up the Fight Next How To Get Your Potty Training Toddler Back to Sleep 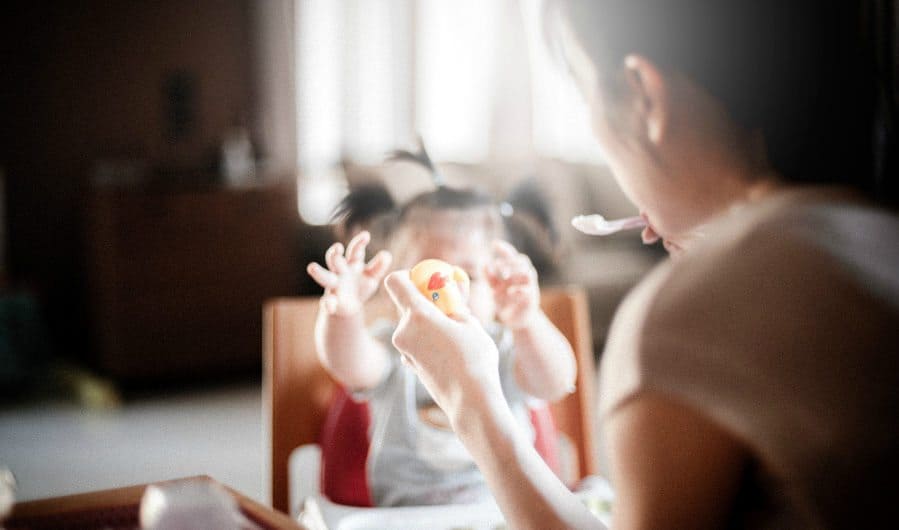 When Your Toddler Isn’t Into Finger Foods

I’ve followed you for a few years and enjoy reading your advice. Very down to earth and practical.

So background, I have 2 kids. My 3 year old daughter, G, is my firecracker and has followed all those milestones fairly closely and for the most part hasn’t been too difficult to figure out. Except breaking her loving devotion to her pacifier, but even that we solved before she turned 3. (thank goodness my son, N, doesn’t care for them!)

N (1.5 years old) is my laid back one. He takes a few months longer to do things that she did. If she crawled at 8 months then he was 3 months behind her age-wise. It has followed so far for most everything. He just started walking at 16-17 months.

My question is for my son. At almost 18 months he is not wanting to feed himself. I’ve modeled how-to, give him daily opportunities with different foods, and even try to put the food in his hands and guide it to his mouth. Now he is way pickier than G and doesn’t like many foods. He still prefers soft foods or ones with a sauce or a gravy, so it’s hard to find finger foods that he likes. He likes Cheerios and bananas.

My family doctor has given the very helpful advice that he’ll eat when he’s hungry enough but he’s such a little thing. (My daughter was a chunky baby and he’s a string bean:) and I have a hard time watching him completely skip meals in favor of screaming fits, snot and tears. Now he has that finger-pinching thing down and can grab fistfuls of food but he’d rather fling it around than put it in his mouth. He hasn’t even tried and just misses his mouth. It’s like it hasn’t occurred to him that his own little hands can put food in his mouth as well as I can for him.

Do I need to let him go hungry and hope he’ll figure it out? Is it fine to continue to encourage, model, and just give him more time to naturally start doing it? I ask because I’m not sure if there’s something else I should be doing. I haven’t met another toddler this old who isn’t self-feeding by this point. My daughter was shoving food in her mouth as soon as she discovered the glorious thing called food. Any advice will be appreciated!

So I have two main bits of advice here, both of which will probably sound really obvious and repetitive (particularly to anyone who’s read anything I’ve ever had to say about feeding toddlers), but both of which WILL help you. A lot, even!

First, get your hands and eyeballs on a copy of Ellyn Satter’s book, a book I have and will continue to recommend until my last Internet Columnist breath. How To Get Your Kid To Eat…But Not Too Much is the grand-bible of bibles on every developmental concern and picky-eating issue you raise here. It’s likely where your doctor gets that very helpful advice that he’ll eat when he’s hungry, because…well, he will. Satter’s entire philosophy stems from this idea and the division of responsibility at mealtimes:

1) It’s your job to procure and prepare the food and serve it in a manner appropriate for his age and developmental skills (though we’ll circle back to this in a bit).

Anyway, seriously. Get the book. I’ve raised three children who each fell on completely different points on the picky eating scale with it. It’s really helpful, even if the similar advice you got from your doctor sounds almost stupidly obvious. I know her approach works and I STILL have to occasionally go back and re-read my dog-eared copy now and then when I realize I’m letting bad habits creep back to our dinner table. (Or just for encouragement/peptalk when I KNOW I’m doing everything right but oh my godddddddd somebody [cough my youngest cough] is still managing to push my buttons every single night.)

Beware the comparing and contrasting

Second, stop comparing your son to your daughter. Like, all of it. His milestones, his eating habits, his body shape. I don’t mean this in a mom-shame-y way but more as someone who has BEEN THERE and DONE THAT and knows firsthand A) how seemingly impossible it is to NOT constantly be comparing and contrasting your first vs. second-born (I mean, she’s your main source of child development context, right?), and B) how absolutely, pointlessly crazy you will drive yourself if you DON’T stop that comparing and contrasting.

They are two different babies and children and human beings. She had her timeline and food preferences and body shape; he will have his. I know you’re comparing them from a place of love and concern and it’s not a playing favorites sort of thing, but believe me: This way madness lies, and it’s just not going to be helpful and will instead cause you to worry and stress over things that you simply don’t need to worry and stress about.

So he’s a bit behind, possibly, on some motor skills. He’s got some texture issues with food, possibly. Or he’s just a little guy going at his own slow but steady pace, who doesn’t need to eat as much as a bigger toddler who is maybe going full-bore on all those physical milestones and burning way more calories. (I had three string bean toddlers, by the way, who all ate wildly different amounts of food and progressed at wildly different speeds, so I am a firm believer in a young child’s ability to accurately self-regulate their calorie intake.) If your doctor isn’t concerned at this point, then neither am I.

(ALTHOUGH: Let me add in one significant caveat here. A lot of family doctors and pediatricians are overly hesitant — even resistant — to refer very young toddlers with borderline-type delays to Early Intervention or a developmental pediatrician, preferring the “wait and see” approach. So I don’t want to dismiss your concerns out of hand here…nor do I want to raise any over-the-top alarms. But perhaps, IF your son gets closer to two years old and continues to significantly lag his peers in motor skill milestones, or if you notice delays in his expressive communication [verbal and hand gestures] skills as well, or any related red flags like swallowing issues, low muscle tone, toe walking, lack of eye contact/social interactions, etc. By all means RAISE HELL and get an evaluation done through your area’s EI program or [if your insurance will cover it] a private center or developmental pediatrician. Don’t compare him tit-for-tat with his sister, but also don’t forget to trust your gut if you feel he’s falling behind and consistently not catching up.)

1) Continue to spoon feed while offering finger foods
For RIGHT NOW, though: If you attempt to spoon feed him instead of offering finger foods, does he accept it? Is he hungry? If so, there’s NO harm in continuing to offer him both options: Some Cheerios or soft fruit on his tray; some spoon-fed yogurt or oatmeal (or whatever) from you. That’s you following your responsibility to offer him food in a developmentally accessible way, if you don’t think he’s got the knack or the urge to self-feed yet.

2) Let him play with his food
Even just picking up a Cheerio to hurl it onto the floor is an important developmental activity (I recommend getting a dog or a Roomba at this age.) Let him bang on his tray with the spoon before hurling that on the floor too. Some toddlers aren’t super into finger foods and skip right to the challenge (and mess) of trying to spoon feed themselves.

3) Continue to offer new foods and to reintroduce foods he’s previously rejected
Don’t fall into his trap of only offering the same limited number of “go-to” foods…this is a one-way ticket to a kid rejecting more and more of those very foods until you’re down to plain bow-tie noodles and like, one particular brand of gummy vitamin. I know it’s maddening to put foods they won’t touch or eat out every meal, but hey, you can always give the leftovers to his big sister later.

4) One last tip (totally lifted from the Satter chapter on this age), if you aren’t doing this already.

Move him from an “on-demand” feeding schedule to one with set meal and snack times. Limit his milk intake to 16-24 ounces per 24 hours (and ditch bottles for sippy cups). Basically, give him a chance to show up to a meal actually feeling hungry. And also keep meal and snack times reasonable — if, after 20 minutes he’s refused to eat anything or he’s pitching a royal fit, feel free to end the meal. (And remind yourself that he will not starve between this moment and his next snack time, which should be scheduled within a couple hours.)

He’ll get there! He’ll definitely figure out that food + hand (or spoon) + mouth = good. Just relax and let him go at his own leisurely pace for a little while longer.