Twitter Facebook Pin It Email Article
Prev Love as an Acceptable Risk Next Baby Number Two: How Soon Is Too Soon? 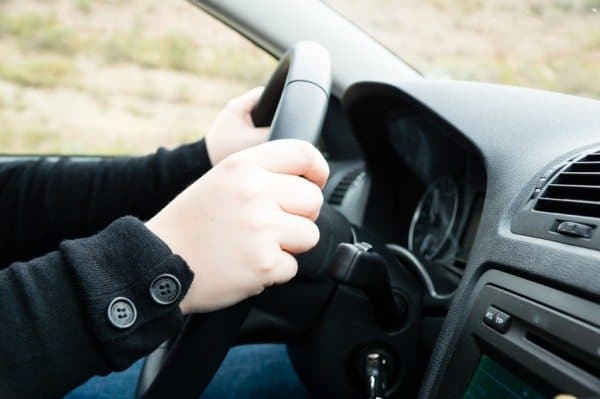 To Commute or Not to Commute

I love reading all the advice on your column because I have a, what I view as, unique dilemma, and everyone around me seems to be biased one way or another, I thought I’d reach out to you and your readers for help!

I am pretty spoiled in the sense that my mom watches my 6 month old at my house every day so that I can work. The problem is that I currently have a 45 minute to an hour (depending on traffic) commute… one way. The two hours of wasted time in the car are really starting to weigh on me. My husband and I are considering moving closer to work so that I can get more time with my daughter/work out/sleep/anything other than be stuck in a car all day. Moving would inevitably mean putting my daughter in daycare instead of having my mom watch her. I am struggling with the guilt of choosing strangers to watch her vs. wanting to see her more during the week and/or have time to do other things.

I have talked myself in circles with the pros/cons and cannot seem to make a decision. Any insight would be wonderful!

Well, the good news is that you’ve finally found someone who ISN’T biased one way or the other. The bad news is that I have absolutely no idea what to tell you. I’m so unbiased I’ve swung around and joined you on the indecision train, because this is a tough call.

I’ve had commutes like yours in the past. D.C.-area traffic is no joke. Our morning and afternoon “rush hours” basically span four solid hours, highways slow to a crawl just based on volume, a minor accident turns everything into a parking lot, and God forbid you try to drive anywhere in the rain or snow, because everybody panics and we’re all going to die in our cars so let’s just give up and slam on the brakes for no particular reason. (There’s a stretch of the Beltway that frequently backs up at a certain time of day because the sun shines in people’s eyes. The first time I heard that on a traffic report I thought it was an April Fool’s joke, but no. It’s a Thing.) In other words, I completely, wholeheartedly understand the time and mental toll a commute like that can take. It’s maddening and frustrating and utterly draining.

I’ve also used daycare, and while I would never classify it outright as a “bad” or “lesser” option, and would quibble with the idea that it’s letting “strangers” care for your daughter — you do get to meet them and learn their names! you’ll probably be completely in love with them in less than a month! — I  WOULD agree that it’s certainly not as convenient (OR FREE) as having a relative show up at your house every day. You’ll be swapping commuting time for drop-off/pick-up time, you’ll have a deadline at the end of the day to stress over, and you’ll possibly end up taking a lot more sick days. Both for your daughter (I assume your mom will still show up even if the baby’s running a slight fever) and for you (daycare/school germs are also a very real Thing; you guys will get a lot of bugs the first year).

If I were you, I’d probably rewrite that pro and con list with the long-term picture in mind, rather than just the short-term changes.

1) How stable is your job? Do you see yourself working there in 10 years or do you think you’ll eventually move on and look elsewhere? What are the odds there will be layoffs or a move to a different office location? (I’ve been surprised by both of those things, and both times it happened not long after I moved to be closer to the job!)

2) If you did decide to look for another job, would moving put you closer or farther away from other options? My husband’s company has an office about 45 minutes away from D.C., and we briefly considered moving closer to it because the real estate prices are so much lower. We opted not to because it would put both of us at risk of a seriously hellish commute if either of us changed employment, since 99% of job options are closer to where we live now. If the opposite is true for you, disregard and put this in the “pro” column.

3) (Here is where I awkwardly bring up the obvious Other Choice of simply looking for a different job closer to where you are now. I’m guessing you have already evaluated and rejected that option, which is fine, but I figured I better at least mention it before 25 people bring it up in the comments.)

4) How long is your mom planning/willing to babysit every day, if you were to stay? You’re only a few months into this arrangement, so if you haven’t had an honest talk with her about her long-term plans yet, do so. Would you be putting your daughter in a preschool/aftercare program in a year or two anyway, or is your mom really on board for providing daily care until kindergarten?

5) Speaking of kindergarten: Schools. What are they like where you live now, and where you’re thinking of moving? Same district, different cluster, different reputation? Fewer or more preschool/private options? Super important.

And one last tip for the short term: Map out your imaginary commute in the new target neighborhood, complete with a drive to and from whatever daycare you’d likely use. (Make one for your husband, too.) Take it for a test drive during rush hour. How much saved commuting time is lost again — or isn’t — when you add in the daycare pitstop? (I suppose a nanny could be an option, though one that’s usually pricier than daycare.) It may be the commute of your dreams, or it may feel like you’ve traded in one commuting grind for another.

I don’t think you have anything to feel guilty about re: wanting to ditch a hellish commute and reclaim your free time and sanity. Perhaps by looking more long-term, and not JUST at the mom vs. daycare debate, you’ll see that one neighborhood option offers other benefits to your family that the other one doesn’t. I hate to drag out this old cliche, but oh, they grow up SO FAST. She’ll be past the stay-at-home-baby/daycare age before you know it, and you’ll be looking at preschools and regular schools and all kinds of other activities. Move where you want to LIVE, I guess, if that makes sense. And if you decide that really LIVING requires you to not spend two hours a day in your car, embrace that life without guilt.