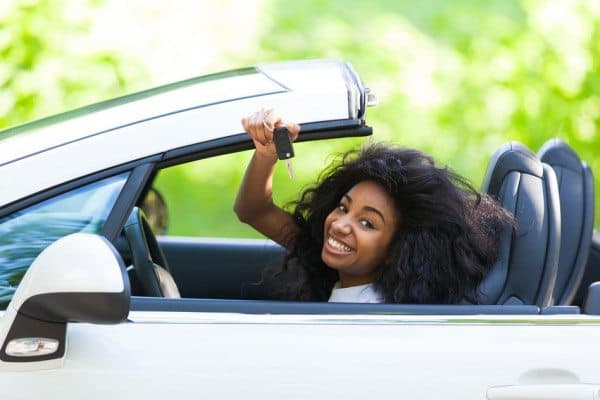 The More Teens Change, The More They Don’t

It’s not as though I wasn’t aware that my kids are well on their way to adulthood; I’ve had teenagers in the house for years, now. It’s been happening right in front of my eyes. But you know how you don’t realize that a kid is getting taller, but you go away for a weekend or a week and when you get back, they seem much taller, all of a sudden? This week was kind of like that, for some reason. (I don’t know why; I didn’t go anywhere.)

Maybe my long habit of denial just reached its breaking point. Maybe it was the IEP meeting at school where someone said, “And next year, when he’s a sophomore…” and I thought to myself, “There’s no way my baby is nearly a sophomore in high school…” But he is. Incontrovertible evidence of progression toward being actual grown-ups is all around me.

My daughter is now taller than I am. (Her little brother will be taller than both of us before the school year ends, I suspect, and by the end of summer he’ll be towering above us.)

My son is now shaving. Because he needs to. Because hair is growing from his face at an alarming rate.

My daughter is legally allowed to drive. She never smiles for photos, but the grin on her face in her permit picture is as wide as any I’ve ever seen.

My son goes and does things… for fun… with other people… without me having to coach him on how to behave or why it’s a good idea.

My daughter and I had a conversation the other day where I had to interrupt and say, “Wait. What does that mean?” And she looked at me like I had five heads because how did I not know that some other girl running up to her and saying, “You straight! You straight!” was a reassurance that my kid hadn’t done anything wrong, but nonetheless, this other girl’s iPod earbuds had somehow gotten tangled on her backpack? (For a moment there, I felt so uncool, all I could think of was the episode of Modern Family where Phil is explaining that he is “hip to the lingo” and so he knows that WTF means “why the face?”)

They’re growing up, I am growing more embarrassing by the second; sunrise, sunset, swiftly go the yeeeeeears…

And yet… at the very same time, it’s amazing to me how much hasn’t changed.

When I started blogging 10 (!!) years ago, I used to write fairly regularly about doing a deep-clean of the kids’ playroom only to find it trashed anew the very next day. “What happened in here?” I would ask them, stunned and incredulous. My son would always look around like it was a surprise to him, too, and just shrug. “We were just getting stuff we needed,” my daughter would say.

… now if I walk into my son’s room, I’m impressed with how organized it is… until I peek on the far side of his bed. “Is that… an entire week’s worth of dirty laundry?” He shrugs. “Can you not smell that?” I’ll press on, unable to contain myself. He shrugs again, maybe mutters an apology as he carts his socks to the bathroom hamper. Walking into my daughter’s room simply renders me speechless. “I was looking for something,” she’ll insist, before I’ve even regained control of my gaping mouth. “And then… ummm… my dresser exploded?” Indeed.

My son used to regale me with endless tales of what Thomas the Tank engine or Pikachu or the Teen Titans were doing, either on the television or in his mind, it was never entirely clear to me. I would “uh huh” and nod and try to act interested. While my ears bled.

… now if I ask “How was school?” I’ll get thirty seconds about a mistake a teacher made or a classmate who was annoying, followed by half of hour of how he realized that this or that Magic card can actually something-or-other or he’s decided that his next D&D character absolutely has to be a different class because such-and-such. I swear I listen to these litanies fully expecting him to conclude, “… because he was a very useful engine!” It never happens, though. And because he’s growing up, at least now I can sometimes gaze upon him lovingly and say, “It’s strange, because I feel certain that you are speaking to me in English, and yet this is making no sense to me at all.”

My daughter used to fill me in on all the “gossip,” thrilled to report that these girls chased this boy on the playground, or this boy reportedly had a crush on this girl who thought he was totally yucky. She’d cry to me when her friends were mean and I would try to find a way to make it better.

… now I bite my tongue any time she speaks freely to me about the world she inhabits, even if the stories are about who’s sleeping with who, and which girls are pregnant, and which boys are complete dogs, and who’s smoking weed. Sometimes she still comes to me when life’s not fair and she feels like she can’t stand it. I listen, and listen even harder when she’s not talking, and there’s not a lot I can make better. But I can still make her laugh, sometimes. When she does, I can see her former preschool self—hidden inside that teenager shell.

In other words, teenagers are a serious head trip.