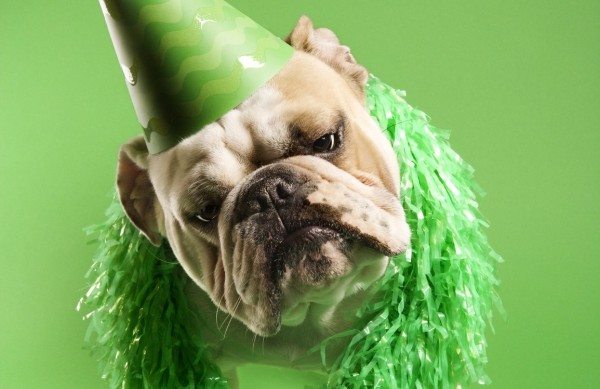 Teenagers and Bad News Parties: What Do We Tell Them?

How do you handle your own teenager’s request to go to a party when you think there will be alcohol/drugs there? At what point do you let them make their own choices and hope for the best vs. stepping in and just saying no? And… what about the consequences if they do go and the police show up? A teen I know wasn’t caught with alcohol, herself, but got the same punishment (benched for soccer games when the school found out about the party) as the ones with drinks in hand. Do we let them go and teach them to run like hell if the cops show up?

Oof, this is a tough one, and—as usual—I think there’s multiple issues here. I’ll unpack it as best I can.

Issue 1: Where are you going? In our family, my teenagers are expected to ask permission to go places and volunteer some information about where they’ll be, who they’ll be with, and when I can expect them back. I like to think that all reasonable requests are granted, but what a parent finds reasonable and what a kid finds reasonable may vary. Also, what’s reasonable changes over time—when my kids were young teens, “a parent must be home” was part of the rules, and as they’ve grown, now it’s not. Similarly, when my oldest was making some questionable life decisions, we kept a much tighter rein on her (to protect her from herself as much as anything), and as maturity and responsibility have grown, we’ve relaxed.

[Full disclosure, here: Both of my kids are introverts and parties are pretty much just not their jam. I don’t have a ton of personal experience in dealing with the sort of situation you describe, but of course we have had requests to go places and do things with kids who were maybe not the greatest influences, so I think it’s similar.]

I can count on one hand with fingers left over the number of times I flat-out refused permission because I felt a situation was just plain bad news, but it has happened, and the only explanation I offered was, “I am uncomfortable with the situation you described and you will not be going. Feel free to tell your friends what a horrible jerk I am.” (There have been more times, actually, that one or the other kid has come to me and said, “Can I go to [some event], please say no?” I am totally okay being the fall guy when it comes to the kids saving face.) More often, if a request gets my hackles up, I grant provisional permission and the conversation continues. Which brings us to…

Issue 2: How do we feel about drugs/alcohol? Talking to your kids about drinking and illicit substances is one of those things—much like talking about sex—that is not a “one and done” conversation, but an ongoing dialog through their childhood and young adult years. Everyone has to choose their own approach to this, but I would say everyone needs to be willing to discuss it, or, as we all know, your teens will talk about it elsewhere (and maybe get a point of view you’d rather they didn’t).

My husband and I are social drinkers (drinks with friends on the weekends every once in a while, maybe a glass of wine with a nice dinner). We are not teetotalers. On the other hand, we don’t drink to the point of inebriation, and because I am both a very cheap date and very paranoid, I don’t get behind the wheel of a car if I’ve had so much as a single drink. Furthermore, we’re adults and it’s legal for us to consume alcohol. These are all things I talk about with my kids. I’ve also been very honest with my kids about some of the, erm, mistakes of my youth, and my refrain is always this: I was a basically good kid who made basically responsible decisions with a few irresponsible and illegal ones thrown in there, and I am very, very lucky I was never caught, because it could’ve ruined my future. My husband teaches at a big university. Every August the student newspaper runs a front-page mugshot article about all the freshmen who came here and got caught drinking before classes even started, and they were arrested and kicked out of school.

The bottom line in our house: There is no drink or drug worth jeopardizing your future for. None. Illegal drugs are bad news, period, and drinking at their age is also illegal, so before they think it might be “fun” or “cool” to try something, would they be willing to try stealing from a store? How about punching a cop? No? Huh. Maybe you just don’t want to do things which are illegal, because they are repugnant to you both morally and in terms of the consequences. Remember that.

And we go one further, too: We’ve seen parents try to get their kids out of legal trouble when drugs/alcohol are involved, and my kids know that if they get busted, we’re not going to save them. Break the law, face the consequences. (I don’t mention this very often, as all of our other discussions about brain formation, addiction, and poor decisions have thankfully rendered both kids convinced they will never drink or do drugs.) So that just leaves…

Issue 3: Escape routes and extraction. As you mentioned, B, there’s the potential for ramifications for a kid who’s just at a bad-news party, even if she’s not the one doing anything wrong. Consequences at school are a bummer, but being arrested isn’t out of the question, either, depending on what ends up going down. Again, our message to the kids is clear: You are putting yourself in potential danger by being present in that situation, as it sort of makes you an “accessory to the crime” even if you’re innocent. So don’t go into a situation like that in the first place, but if you find yourself in one, what do you?

My kids know that they can call us for a safe ride home, for themselves or friends, at any time, no questions asked. (Should such a situation arise, there will be a discussion the following day.) Now that my daughter is driving, she knows not to allow an impaired minor in her car because, again, even if she’s trying to help, that potentially makes her look guilty and can have unwanted ramifications. Call us and we will come get you or another kid in need, period. But the reality is that picking up the phone—or walking out, if you have your own transportation—can be tricky in the world of teenagers. So we also have an “extraction phrase” which can be texted to us. To someone who’s unaware, it seems benign, but it’s a Bat Signal of sorts, and if I receive it, I call my kid and give an Oscar-worthy performance of Crazy Mom, centering on some transgression I’ve just discovered here at home and why you are so grounded, I mean it, come home right now. It gets them out, and they don’t lose face.

I’ve been very lucky in that both my children are the ones most likely to lecture their peers about why that is a terrible idea, dude, and while much of that is because of who they are, I like to think that at least some of it is because we’ve had this ongoing dialog all their lives. I hope some of this helps, B. Good luck!