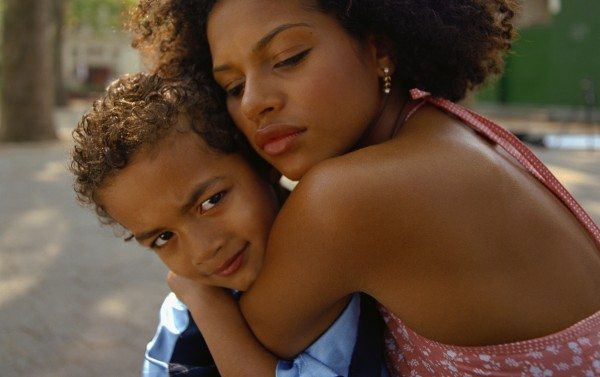 Hi this is [—] Elementary school. I am calling to inform you that your child threatened to bring a gun to school today.

Your child said he was going to bring a gun to school.

We don’t even own any real guns. I am confused.  This is going in his permanent file.  My heart is heavy.

Shortly after September 11, 2001, I was at a government office with this same son. He was almost 1 yr old. There was security in place, where once there had been none. I had to put my son down on the floor, stand him up on his chubby, unsteady legs so he could be frisked and have the wand scanned over his body.

Step back, ma’am. We have to check you separately.

I can still vividly recall him standing there, several feet away from me. His legs wide apart for balance, wearing a tiny plaid pea coat and soft soled “sneakers.” He held his bottle up to his mouth with one hand. He was a baby. Could this really be happening?

Tears had welled up in my eyes while I watched.

No need to be upset, ma’am. Your baby is not being harmed in any way.

That’s just it, he was a baby.  The tears were because this was the world my son was going to grow up in. A world where this would be the new normal. A world of distrust. A world where everyone and everything was suspect.

A world where a seven year old child would say to his father who is heading to the airport on a business trip, Well, you mean IF you come home.

*****
I have been asked several times over the past week how I was talking to my young children about the shootings in Arizona. And my answer is the same as it is with any random violent act which occurs, I’m not. I never turn on the news when my children are home. I don’t think that that they need those words and images seared into their brains.

Do you remember the shock you felt over Columbine? The OKC bombing? The utter disbelief?

I want to protect my children enough that they feel that shock when they are old enough to process it. I believe that the world is mostly filled with good people. I want my children to feel that way also.

I had a call from the principal today…

Through his tears the story came out. He had been sitting with his friends at lunch and they were all talking about guns, and slingshots, and shooting, and hunting, and blowing stuff up — the way little boys are prone to do. I don’t think there exists a mother of sons who has not at least once lamented the fact that the boy will turn the most innocuous item into a pretend gun.

My son told his friends how he had been allowed to go to the shooting range with a close family friend. And then he said the fateful words, I wish I could bring the gun to school to show you.

As soon as he said it a little girl sitting next to him got up and ran hysterically to the teacher. My son sat there confused about why what he said was so bad. This was why I had protected him from this type of news. I didn’t want him to be the fearful child who became hysterical at the mere mention of a gun. I didn’t want him to have to even think about these sort of things in elementary school.

I had to tell him about school shootings that had happened. I had to explain to him why everyone had to make a big deal about what he had said. I saw the innocence drain out of his face. Why, he kept asking. Why would someone shoot people? Children?

I had to tell him that I didn’t know why. I don’t know why. These questions can’t be answered in terms simple enough for a child to understand.   I am not even sure I understand.

It has been months and he still brings it up.

Do you think someone will ever come to my school with a gun?

But you don’t know for sure, Mom.

I think that it is highly unlikely that would ever happen.

But you don’t know that, Mom.

This is not a worry for you to carry, my son, there are adults to keep you safe.

I see him think about this for a few minutes. Then a shadow of realization crosses his face.

But weren’t there adults at those other schools?

I kiss the forehead of my anxious, sensitive son and grab hold of his chin.

I promise you that you are safe. Please believe me.

As he goes off to play, content for now with that answer, I pray that I am right.