Twitter Facebook Pin It Email Article
Prev Gearing up for College: College Dining Meal Plan Options Next 13 Reasons Why: The Book, the Series, the Issues 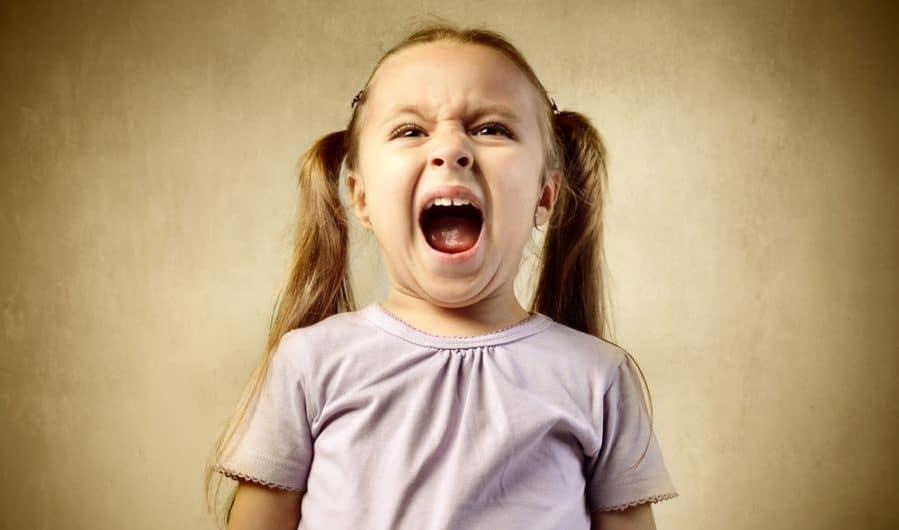 I’ll try to keep this as brief as possible 🙂 (This story could go on for hours).

I met my boyfriend about 2.5 years ago. At that time he had joint custody with his then 5 and 6 year old girls (14 months apart). However the ex-wife and kids moved, and then moved again, the last move being 6 hours away. Needless to say they’ve been through a lot of change.

Right after the most recent move there was some complicated drama and the ex-wife had some medical issues, so we took the kids. As in, sorry kids, you’re not going to your first day of school tomorrow, you’re enrolling in our school system for the year.

Things were relatively fine for a while (i.e. they miss their mom, etc). They are around each other a LOT. Our house isn’t super small, but when you fit me, Boyfriend, Kid 1, Kid 2, my toddler, and 3 dogs- it’s not realllly meant for all those people full time, but it’s fine.

But one aspect of their relationship seems to be changing. To preface, my general philosophy on rough-housing is: eh, whatever, kids will be kids. Don’t really hurt each other.

However with them, it is ALWAYS the older (8 going on 18) kid roughing the younger (happy being 7) one. The younger one is nothing but sweet and we’ve had multiple incidents now of the older one punching/kicking/shoving the younger. And the older one regrets it/cries afterwards, but it’s still happening.

I feel like at this point we could either A) tell the younger one to hit back (I don’t like this idea, nor is this her disposition) or B) try to get the older one to stop (we’ve tried to tell her take deep breaths, count back from 10, etc). I don’t know what else to tell her to get her to stop.

Again I wouldn’t be as concerned if it went both ways; but it’s always older to younger. Am I overreacting?

No, you are not overreacting, given 1) her age, and 2) all the big life changes/upheaval/drama she’s been through. TYPICALLY, a 8 year old should have better impulse control than what you’re describing — which would be more “normal” behavior coming from say, a 3 or 4 year old who is still struggling with expressing big, tough emotions with words and in non-physical ways. Sure, a little rough-housing is one thing, but the one-sided nature of it, followed by immediate tears of regret and frustration, is something else.  And given everything this little girl has been through recently, I’m not necessary surprised or overly alarmed that she’s regressed in this particular fashion.

DO NOT, under ANY circumstances, encourage the younger sibling to hit or fight back. That is…sooooo not the solution here, and will 100% create even more problems. The goal here is to HELP the older child control these impulses by getting to where, emotionally and mentally, they are coming from. And I’m sure you can quickly rattle off a few things in her life that might be to blame.

She’s watched her parents divorce. She’s moved. A lot. There’s been drama and medical issues with her mom, which I’m sure she was/is aware of on some level, which probably scared her or further eroded her sense of stability. She’s now in a “new” family dynamic with a step-mom-type figure with a toddler, away from her “real” mother and existing friends at school. There’s probably been some unspoken pressure on her to be outwardly “fine” and “okay” with all of this (possibly to please her dad/you; possibly to put on a “brave face” for her little sister) so she hasn’t been able to express how it’s all REALLY making her feel. So she’s mashing down all these complicated feelings and then impulsively unleashing them at the ONE PERSON who has been there with her and for her throughout all of it: Her sister.

It’s actually really normal for little kids who are “experimenting” with aggression and rejection to target someone super “safe,” like a parent. Someone who they KNOW loves them unconditionally, so they decide to start testing their limits with that person. What will happen if I do X? Will they still love me if I say Y and then do Z? Probably something similar happening here, mixed with a little girl full of super big feelings about a lot of big things.

I would highly, HIGHLY recommend you find her a counselor or family therapist to talk to, if you haven’t already at some point. Someone who specializes in divorce and young children. That can become her “safe space” to work through and talk about her feelings, rather than raging at her sister. And they, in turn, will probably be the most helpful resource for YOU on how to react and deal with both the surface behavior AND the emotions tied to it underneath. Lots of positive attention, one-on-one outings and interactions, and praise when she controls her impulses. Reacting to a punch/kick/push by giving your attention immediately and fully to the injured sibling, rather than yelling/scolding/punishing the negative behavior first, etc. Ask her pediatrician or a guidance counselor/psychologist at her school for recommendations.

And make sure you frame it to her that she’s seeing this person because you love and understand what she’s going through, NOT because she’s been “bad” and needs to be “fixed.” Don’t just announce in front of her that she’s there because of hitting; she’s there because she’s been through a lot and naturally needs help adjusting to it all. Let her know it’s okay to feel angry and scared and sad — everybody feels those things, even grown-ups! A therapist is someone who loves children, is a friend to children, and simply wants to help them with their angry/scared/sad feelings and how to talk about those feelings. Divorce is hard, being away from your mom is hard, adapting to a new house/family/school is SUPER hard. Get her talking to someone who understands all that and can connect with her, and then move all of you towards solutions and family harmony.