Twitter Facebook Pin It Email Article
Prev When is it okay to leave your child alone at home? Next Kids and Weight Issues: What can we do? 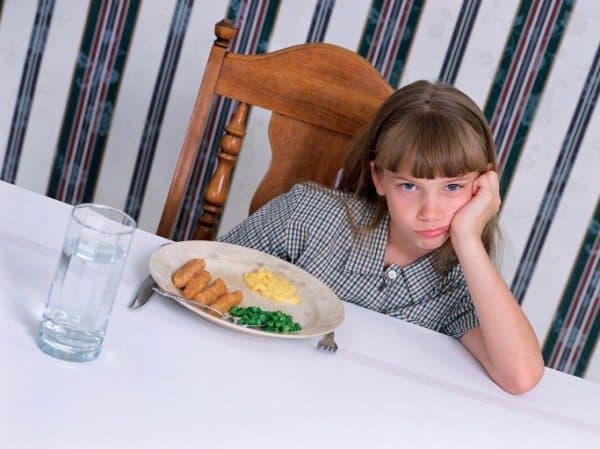 The Picky Eater: How do you Deal?

People often ask me what Henry’s eating these days, and in response I typically let out a series of high-pitched shrieks. Because oh, my friends. Oh, dear. It’s not good.

This is a topic I have avoided bringing up because it tends to elicit strong opinions. Either I’m a helicopter parent for fretting overly about my son’s dairy-only diet, or I’m guilty of near-criminal neglect for not shoveling more nutrients into him, or I’m too indulgent for failing to take away the few foods he will eat and force him to consume the foods he won’t.

In other words, too often judgment is heaped on the parent whose child will eat only three foods. (Okay, probably more like six. And yes, that’s fewer than what he used to eat, back when I first publicly bemoaned his teeny-tiny food repertoire.) Many many people who have never lived with the child who presents these food challenges seem to know exactly what’s best for the child, and they’re sure that if they had been the one in charge, they would have fixed that kid right up.

So in other words, advice isn’t what we need. We’ve tried everything there is to try. We tried to buckle down and only feed him what we were all eating, but that resulted in one screaming match after another, and after a while all the pleasure of dinnertime was destroyed. Then we brought him to a feeding clinic ,where they determined that he was, well, a picky eater (duh). They provided us with a routine to follow every day—a “game” in which we would gradually get him accustomed to new foods, little by little. They insisted it would work, so even though he hated it, we played on—every night, week after week, month after dreadful month, I lured him to the dining room table and “played” this “game” with him. Then came the day when the game progressed to actually eating the new food—and he put his head to the table and pretended to sleep. Next night, it was the same thing. And the next, and the next. What could I do? He had figured out the power of civil disobedience. I packed the awful game away and never called the feeding clinic again.

After that, I read every book by nutritionist Ellyn Satter there is to read, and then I actually spoke with Ellyn—who is lovely, by the way, and if she came here to live with me I am sure she would solve all our problems like that. She agreed that Henry was a difficult case, but in the end, she essentially told me to stay the course. Keep offering him new foods, keep watching him turn them down. Eventually he would outgrow this.

A story in last year’s New York Times backed up Ellyn Satter’s assertions. Picky eating is a genetic trait, according to the story. If you or your husband were picky, there’s a good chance your kid will be, as well. (For the record, neither Scott nor I were picky in the least. And yet.) And it’s a phase, says the Times. A phase. Oh, how I want to believe that.

Still, though, I wonder. I wonder if these habits don’t become ingrained for life. At the feeding clinic they seemed to think so, but then, they’re sort of supposed to say that. If everyone outgrew pickiness, there would be no reason for the clinic’s sadistic games. And I do know plenty of grown-ups who outgrew their limited palates; on the other hand, I know several adults who didn’t, including one young woman whose diet is almost as disturbing as her grayish pallor and listlessness. Her face haunts my dreams.

Our pediatrician insists that we leave it alone—Henry’s not losing weight, after all, and what he eats is in fact fairly nutritious. But we’re not comforted by this. We don’t want our son to greet the idea of new food with terror and anguish. His new-food aversion seems to have reached the level of a phobia, and I’m not so sure that fear like this can simply go away.

Your turn, my readers. Do you have a picky eater in your house? A seriously resistant eater, such as my own? Do you give them their favorites, to keep the peace—or do you forge ahead with new and strange foods, peace be damned?