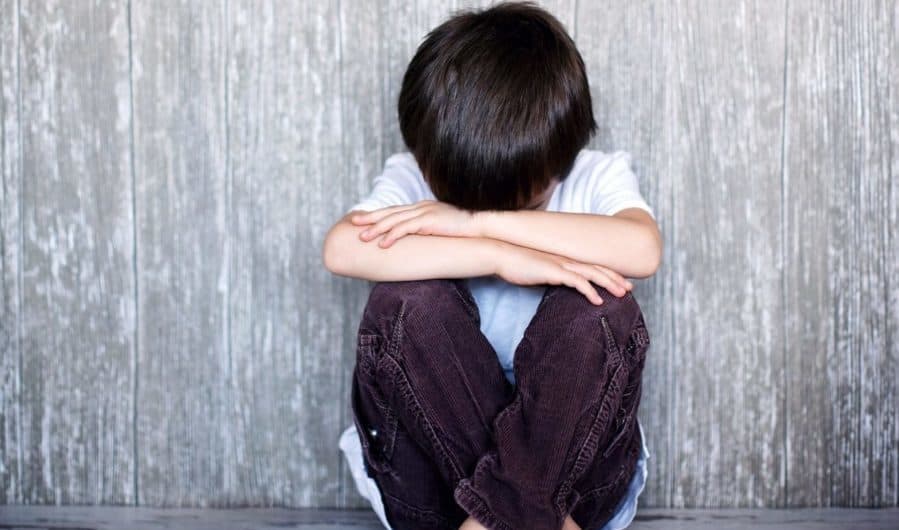 Boys Can Cry…But Maybe Not This Much

I’ve read your blog and the Advice Smackdown for years–you even helped me out with some fashion advice WAY back in my pre-kid days. But this time I have a kid question, and I’m hoping you can help me out.

I’ve got two boys, ages 7 and 4. Their dad and I have been divorced for a long time (50/50 custody, he’s a great dad and we co-parent very well together FWIW). The problem that we’re having with our oldest (and lately our youngest, as he watches everything his brother does and copies it) is that he is SO EFFING SENSITIVE. The kid cries at the drop of a hat. When we run out of waffles for breakfast, he cries. When I warn him of bad behavior (if you keep doing X then Y will happen) he cries. (and OF COURSE he cries when I enforce punishment for bad behavior.) When another child doesn’t want to play a certain game anymore, he cries. He also struggles with effort, i.e. if he’s not good at something right away he doesn’t want to practice to GET good, he just gives up. While crying.

It’s gotten to the point that both his dad and I are totally over it, and are probably starting to get too harsh in response, but I don’t know what else to do. He gets himself so worked up sometimes he almost hyperventilates. I used to try to help him calm down, take deep breaths, etc, but his only response to ANY kind of calming technique is to sob “I CAAAAAANNN’T, so now if he gets to that point I just ask him (with no emotion in my voice) to go to his room until he’s calm enough to talk. If it’s not to that level, or we’re in public, or what have you, I typically just ignore the crying, honestly. (again, with as little emotion as possible: “no you can’t quit basketball mid-season, please go back out on the court. No I won’t make the other kids play the game you want, go play by yourself if you don’t want to be part of the group”) But of course, I’m not perfect either, so I know I look/act/talk stressed sometimes. I do my best to reassure him (once he’s calmed down) that it’s OK to have feelings, it’s OK to be frustrated/hurt/scared, etc, but it’s not OK to let those feelings affect other people. (i.e. it’s not OK to yell, scream and cry at me because I enforced a punishment.) However, I don’t know how to get him to understand that it’s really not OK to cry all the time.

I mean, am I crazy for wanting that? It’s incredibly frustrating for me and his dad (and our partners) when we know that 9 times out of 10, if we say something he doesn’t want to hear he’s gonna sob, it makes for a “boy who cried wolf” situation where we just assume nothing is ever actually a big deal, and frankly he’s already getting a reputation among the kids in our neighborhood and the kids on his basketball team that “F is a crybaby so he’s no fun to play with.” I NEVER want to be the parent that raises their child to think that “boys don’t cry, suck it up you big pansy” but I’d like to be able to raise him to understand that just like we don’t hit or kick when we’re upset, we also don’t bawl 24-7 when something goes wrong.

So, yeah. I hope that makes sense. Tl, DR: any ideas on how to help a kid deal with his emotions without turning on the waterworks?

Thanks,
Stuck in a Glass Case of Emotion

I’ve read your letter several times now and yes, what you’ve written makes perfect sense. You’re not trying to tell your son to suck it up and mash down his emotions, but you do need him to better manage his emotions. Right now it sounds like he is ALL EMOTION (and ALL OF THEM AT ONCE) with zero management, and little to no ability to distinguish between something that’s a big deal (and thus worthy of a big reaction) and all the little run-of-the-mill, unavoidable frustrations known as life on this planet.

It all sounds exhausting, for you and for him. Because you’re doing so many of the right things! You’re not meeting his overreaction with a big reaction of your own (positive or negative), you’ve tried calming techniques, you give him the chance to calm down on his own, and you’re having supportive, rational discussions about the behavior once the behavior in question is passed. But clearly, he’s missing some crucial coping skills here, and you are not crazy for wishing he had them, nor are you failing him because you don’t really know what to do about it and run out of patience with him from time to time. (Or all of the time.)

I’m sure there are shelves upon shelves of parenting books on the topic of raising sensitive kids (and sensitive boys in particular), but I have to admit my experiences with a lot of those types of  books is that they are a whole lot of build-up/long-winded explanations for the behavior in question…and then kind of light/flimsy on actionable, solid advice and solutions. (Although readers? Please chime in with any specific books you’ve found to be helpful/essential for parents of super-sensitive kids.)

I think your son would really, really benefit from seeing a child therapist/counselor/psychologist/etc. NOT because he’s broken or crazy or anything like that. That’s just what I would do if he were my son, and I’d tried everything you’ve done already and was also at my wit’s end about it. (My oldest has also been in therapy for a variety of behavioral issues stemming from his ASD/ADHD diagnoses, from social skills to anxiety to impulse control. Oh, and that “giving up on things because I’m not immediately good at them” thing you mentioned! We know that one too!) It’s good to recognize when you’re out of your depth and need to bring in some outside, expert help. A good child therapist is like the world’s best parenting book, but without all the extra background chapters. They’ll help you skip right to the action plan. This is a behavior he’s unable to control, but one that he can learn to control, with the proper coping/self-soothing strategies in place. (And to get at the root of the behavior, be it anxiety, panic, general stress, etc.)

The good news is that he’s only 7, which means he has a LOT of growing and maturing ahead of him. He might outgrow this on his own, though I personally wouldn’t take that gamble, given that it’s already affecting his relationships with his peers. (And honestly, it’s affecting his quality of life in general, since it’s physically exhausting to be flying off the handle that often to the point of hyperventilating, and frustrating to not be able to really enjoy his activities and time with friends.) Taking him to therapy will not change who he is — he’ll likely always be a sensitive little soul with extra-tender feelings — but perhaps it will uncover some calming techniques that DO work for him, help him to better process and accept disappointment, and to distinguish between Big Deals and Not So Big Deals. And help YOU (and his dad) better help him navigate those moments when self-control flies out the window and the waterworks start raging.

Amy, maybe I misread the letter, but it sounds like the bigger issue is the 14 year old not the 7 year old. I’d also try a therapist because when my family has run into trouble, they’ve always had good advice that has helped. I’m sure you’ve already thought of this and it sounds like it is all-the-time not a some-of-the-time problem, but my 9 year old is off the rails unreasonable (tantrums, crying, anger) when she is hungry. And unfortunately she pretty much never recognizes that she’s hungry. I usually recognize her behavior and make her go eat something… Read more »

Since there are sometimes long waits to see a therapist, I’d like to offer a couple short term ideas (but also – have you contacted his school’s psychologist or counselor? I would imagine a teacher would be encountering the same kinds of tears). 1) Help him work through determining the size of any problem. My son works with his school psychologist on figuring out what is a truly big problem and what is a small problem, and also works on how to “go with the flow” because his major issue stems from a hard time with flexibility. And 2) My… Read more »

Oh and one more thought. When my daughter was in 1st grade, she suffered from a specific anxiety and once we spoke to the school psychologist we were told about town resources. Our town had a youth program and we were able to get her in and get free therapy for her for the year (when the problem resolved). She even had the option to see the therapist during school hours, with a full family meeting once every few weeks.

Definitely talk to the teacher/school psych! And my two go-to resources are Parent Talk by Chic Moorman and Raising Your Spirited Child by Mary Kurcinka. One of the dominant traits of a spirited child is sensitivity. Peace be the journey, mama!

I’m sure you’ve tried everything under the sun, so I totally second trying school counseling resources and a therapist if you can get in, but! We do a quick meditation exercise for our kiddo when his emotions overwhelm him (we knew what the trigger was – but unfortunately we couldn’t solve for it right then and had to just try to work through it): “think of your toes, what are your toes doing? Are they warm? Cold? Can they wiggle? What color do they feel?” Then on to calves, knees, all the way up to chest. Something about bringing him… Read more »