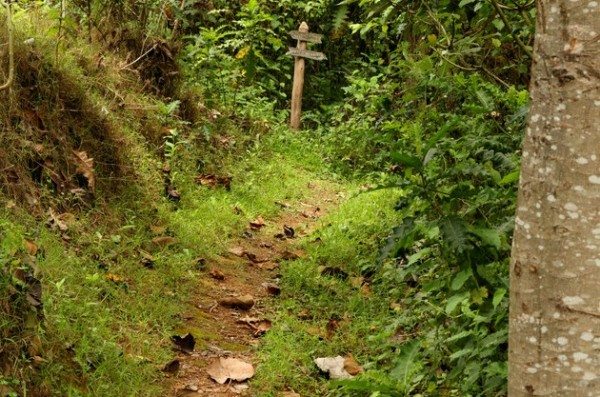 Motherhood (And Personhood) In Flux

I can remember—back when my first baby was still very much a baby—sitting around with other new moms and discussing how much we missed uninterrupted sleep. And I remember going to work, during the same time period, and trying to convince my (mostly male) coworkers that everything was fine, great, having a baby hadn’t even broken my stride, I’ll have that report to you by the end of the day, and yes, okay, that is a little bit of spit-up on my shoulder. I remember “preschool playdates” where we all let our kids run around in an energetic, knuckle-dimpled horde, and we moms sat there drinking coffee and nursing babies and throwing juice pouches in their direction every so often. “It’s just constant,” we would murmur to one another. “Someone always needs something.”

And then I remember realizing that my kids could clean and dress themselves, ask for what they needed instead of screaming, and even prepare food, if necessary; furthermore, both of them were gone for the bulk of the day at school, and I could breathe. It was time to rediscover what mattered to me, and also to figure out a way to make a decent living. Realizing that my lifelong writing hobby could become a career—and then making it happen—felt unreal. There were still never enough hours in the day and I was never as patient as wished to be, but somehow everything worked, between the kids, the house, my work, and everything else.

Having two kids with special needs and then years of bonus mental health struggles meant that as they grew older and my friends were all relishing their kids’ burgeoning independence, I was often feeling like we were going backward. My kids needed me more when everyone else’s seemed to need them less, and I would love to say I handled this with grace and unwavering acceptance, but I didn’t. It felt unfair. Everything suffered, from the state of my house to my marriage to my work to—worst of all—the kids. There were years where every decision felt wrong and I was sure I was ruining both of their lives, despite my best intentions.

This past spring I was laid off from a demanding job I loved, around the same time various Kid Issues seemed to be reaching critical mass. Rather than reacting (read: freaking out) I found a rare moment of Zen: It was time for a break. I would stop, and breathe, and instead of loading my plate to where it toppled, I would just… handle what was already on it, without adding anything for a while. My husband and I discussed it and decided that I would, essentially, take the summer off, in terms of finding new work. (I still have some freelancing going on, just not as much as I used to.) We’re fortunate to be in a position where this wouldn’t be detrimental, financially, and working just a fraction of my previous hours for a few months would be okay. I felt guilty—I always feel guilty—but I also felt an enormous sense of relief.

Over the summer we picked berries, swam, read lots of books, hung out, watched too much TV, and strategized for the coming year. By the time school resumed, last week, I found myself doing a double-take any time I caught sight of either kid. Both of them seemed to grow and mature at a fantastic rate over the last few months. They’re not just adult-sized, they’re both in a really good place in terms of their own comfort with themselves and what they want. My daughter, the senior, has her first choice college picked out and her application completed. Working this summer gave her a taste of the independence she’s always craved, and she is more organized, more responsible, and (best of all) just plain happier. This weekend she worked ahead in several classes “just to stay on top of things,” and if you heard a distant angel chorus, that’s probably why. My son, the junior, whose first-year marching band experience last year was… challenging, let’s say… breezed through band camp this year and reassured newbies that they’ll get the hang of it. He has friends in every single class, which is a huge shift from last year, when halfway through the year he couldn’t tell me the names of anyone around him. And when he encountered a small issue in one class, he handled it himself. No biggie. (Except for us, it’s a huge biggie.)

Do they still bicker over nothing and complain when I ask them to unload the dishwasher? Yep. They’re still teenagers, after all. But it’s all… blessedly normal.

Now it’s time for me to figure out what’s next. It’s unsettling. What do I want at this point? I’m not sure. I look around to my friends, again, and I see so many of us prepping for that promised empty nest with (intentional or not) plenty of career and life changes afoot. One friend just left her job of 20-something years to take a new position, and is still trying to find her footing. Another just went back to college after twenty years at home with her kids. One more is dusting off her resume and wondering if she should keep job-searching or get an advanced degree, first. Yet another didn’t intend to make a change, but was reassigned in her current job and must adapt to new demands, right at the same time she’s just sent her oldest off to college. It feels like we’re all in flux, not just because our kids are growing up, but because we’re changing, too; and as we gather and talk about our new paths, there is this pervasive undertone of wonder—how did we get here? How did our kids get so big, how did our jobs change, how did we get so old, how do we know when we get it right?? We don’t have a lot of answers, but at least it’s nice to know we’re not alone.