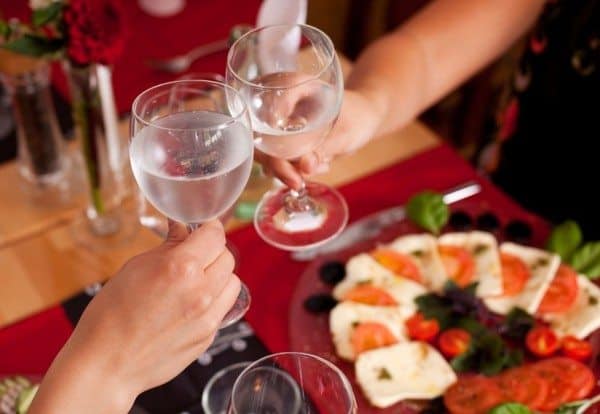 It Takes A Village (And Some Cheesecake)

Remember back when we were all first advised that “It takes a village” to raise our children? And we all held hands and sang kumbaya together… or at least talked about how we all have to unite for the common good? What a novel concept, that parenting maybe shouldn’t be this isolated slog while we put on bright smiles and brag about our children’s accomplishments to one another. Of course, when talking about that village, I think the main intent is that we all have a vested interest in our community’s youth, rather than that we seek out community for the adults, but I’ve come to believe it’s the latter that we really need.

I mean… yes, sure, I would love it if some other adults helped me to raise my children. Whenever my husband or dedicated teachers step into a nurturing/guiding role with my kids, that’s fantastic. That’s the Village at work, and I wouldn’t trade those times for anything. On the other hand, I need a different kind of village. Forget the kids; I need a Village.

I tend to forget this, to my detriment. I’m an introvert, for one thing, and I work from my home office, for another. If I’m being truthful, many of the parts of my day which require face-to-face interactions with other adults are not my favorite. Then again, I’m guessing the receptionist at the pediatrician’s office doesn’t enjoy us so much, either, when the doctor’s running behind. I make polite small-talk with the checkout clerk at the grocery store, of course. I thank the nice young man who retrieves my packages when I visit my PO Box. I wave to the UPS guy and shout “Thanks! Stay dry!” as he darts back to his truck in the rain. On some level, we have tons of shared experiences. But this is not my Village.

On a bad day, I’ll text a far-away friend. “Is it bedtime yet?” I’ll type, even though it’s not even time for lunch, and it’s two hours earlier, for her. Or I’ll shoot off a quick email to another friend. “Tell me again why we’re not supposed to eat our young…?” (A friend will send back soothing words. A true friend will remind you that your children are too skinny and are probably tough like old beef jerky, but worse-tasting.) On a really, really bad day, I’ll turn on Instant Messenger. “Are you around?” I type, waiting to see if a response comes. Most often, it doesn’t. We all have busy lives and our Village looks more like a bus map than a drum circle.

When the invitation to a “Girls’ Night In” landed in my inbox, it triggered a flush of shame. When was the last time I’d actually seen the friend who sent it? It had been months, at least. I couldn’t remember, even. And while that is something I don’t typically beat myself up about (life! kids! work!), I couldn’t remember our last phone call or email, either. So just to be clear, basically I received a party invitation and my immediate reaction was, “Wow, I am the worst friend ever.” (I’m productive like that.) The other women on the invitation… two of them are shared friends, whom I also couldn’t recall last seeing (but we’ve exchanged pleasantries on Facebook; does that count?), and of the other two women, one I’ve met a couple of times before and the other was a stranger. My brain spun through at least a dozen reasons not to go: I’m tired, the kids need me here, I don’t feel like meeting anyone new, I should work, I should clean the house, I shouldn’t have any fun unless my life is totally in order. (C’mon, now. I can’t be the only person who thinks that, even if we never say it out loud.)

I sent back a heartfelt thanks for the invite, along with a I-will-try-hard-to-be-there-but-life-is-complicated-right-now-so-I-will-get-back-to-you-in-a-few-days response. And yes, I felt like a complete jerk while I did it. I felt even worse when I realized, on the day of the event, that I had never followed up.

Luckily, my friends are used to me. When I called a mere couple of hours before the gathering, there was no admonishment at all, just a simple, “Please tell me you’re coming.” In a single fraction of a second in the silence that followed, I realized how fortunate I am not just for these sorts of invitations, but the understanding that comes along with them. I haven’t been a very good friend the last few years, not to anyone. While I think my crimes are more of the “neglect” than “abuse” variety, still, this isn’t who I want to be. And the fact that I still have a Village at all is testament to how much more my friends—and I—deserve.

We chatted in the kitchen, we sat around the dining room table—set beautifully, as our hostess explained that “I never take this stuff out and why not?”—and ate the best meal I’ve had in a long time. We compared notes on the joys and traumas of adolescent children and laughed until we cried. We gossiped about our kids’ teachers and poked gentle fun at our husbands. We toasted to our hostess, to dinner, to a night out, to toasting! We nibbled on thick slabs of homemade cheesecake even though we were full, because it was too good to refuse. I snuck out my cell phone and texted home (even though I was just a mile away) to ask if everyone was okay, there. “No we’re all dead,” my oldest texted back. “Bummer,” I replied, before putting my phone away and accepting a cup of coffee and the next round of conversation. I left earlier than I wanted to, though it was much later than I’d planned.

I felt human again. Fortified. Connected. A meal I didn’t have to cook and a decadent dessert aside, it’s easy to sit at my computer and forget that I am not alone. It’s too easy to have a million reasons about how it’s too much effort and there’s no time and it’s a luxury. Human connection is not a luxury, it’s a necessity.

Big thanks to my Village for reminding me. I’m going to try harder to remember, and act accordingly.