Twitter Facebook Pin It Email Article
Prev Summer Reading Book Recommendations From My Teens Next Why is Playing with My Kids So Hard? 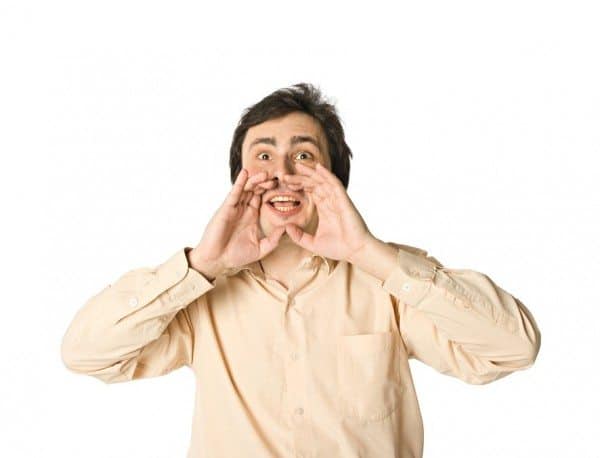 It’s Okay to Tell Your Kid You’re Proud of Them, Just Don’t be LOUD About It

Every year at this time, our elementary school holds individual ceremonies for the third, fourth and fifth grades. The well-behaved kids are given citizenship awards, the smart kids are given academic awards and the rest of the kids sit in sober reflection and wonder where the hell their life went wrong. Or at least that’s what I imagine they do; they’re probably just busy making fart noises with their hands.

The ceremony is well attended by parents, who sit politely and applaud for each kid. Well, they do that now. Last year the principal had to tell everyone to not cheer loudly for just certain individuals after a few ex-Texas cheerleader moms screamed and catcalled like their child had won a new Jet Ski on The Price is Right instead of a Perfect Attendance award. They’d probably show up with megaphones and a confetti cannon if they could.

During the event, I can usually be counted on to take a few out of focus pictures of my thumb with my iPhone. However, some of the more rabid moms and dads hoist themselves and their professional camera equipment up onto chairs so they can capture the whole thing on video. Why they do this, I’ll never understand. I mean, I know network TV is god awful, but I highly doubt it’ll ever be so bad that you’ll look at your husband one night on the couch and say, “You know what, Harry? Let’s cue up that third grade award ceremony from 2013. My god, it was breathtaking, wasn’t it? So many pink hair bows!”

Anyway, that part of the event is all fine and good and it’s great to see the kids get their little medals and certificates. But then? Then things take a very obnoxious turn. Because that’s when the principal thanks everyone for coming, makes some closing remarks and opens up the mic. To the audience. Of parents.

Question: What gives Wendi hives?
Answer: An audience of parents on an open mic.

“Hi, I’m Colton’s mom and I just want to say how proud of Cole-Bear we are—that’s what we call him, Cole-Bear! He’s just so dedicated to getting good grades even though he’s a total soccer star who made his select team and…”

Once she was done convincing us of Cole-Bear’s awesomeness, she then segued into news about her upcoming foot surgery. Her foot surgery. And this isn’t unique. In fact, this type of thing goes on with most of the other the parents in line for the mic—for at least 30 minutes. Honestly, how I’ve never hurled my cup of coffee at the electrical outlet is beyond me.

Because here’s the thing: out of the 150 or so parents in attendance, only 20 go up and speak. And while a few of them say something kind about the teachers or the school or the entire group of kids, most of them don’t. Instead they just talk about their own kid and say how proud of them they are. And give us all details about why. (Or, even worse, subtly promote themselves or their business in the process of doing so.)

I don’t want to sound like a jerk because those parents certainly have every right to get up there and say what they want to their kid. But it’s definitely not something I’d ever do. I tell my boys that I’m proud of them and that I love them, of course, but I wait until after the ceremony when it’s just our family. Maybe I do that because that’s the way I grew up. I really don’t care if anyone else on the planet knows that Jack had trouble in Math at the beginning of the year, but now gets A’s. And, more to the point, I know that nobody else on the planet wants to know about it, either. After all, it’s a weekday morning and I’m pretty sure the parents in attendance have far better things to do than hear me brag about my kid. (Except, you of course).

We have one more ceremony to attend this week for my oldest son, Sam, and I know it’ll include the infamous open mic. There’s no way I’m going get up there and say anything—for all of the reasons mentioned above. But also because at last year’s ceremony, Sam caught my eye in the audience, pointed to the microphone and made that cut gesture across his neck.

Or at least that’s what it looks like he’s doing in the out-of-focus picture I took of my thumb.