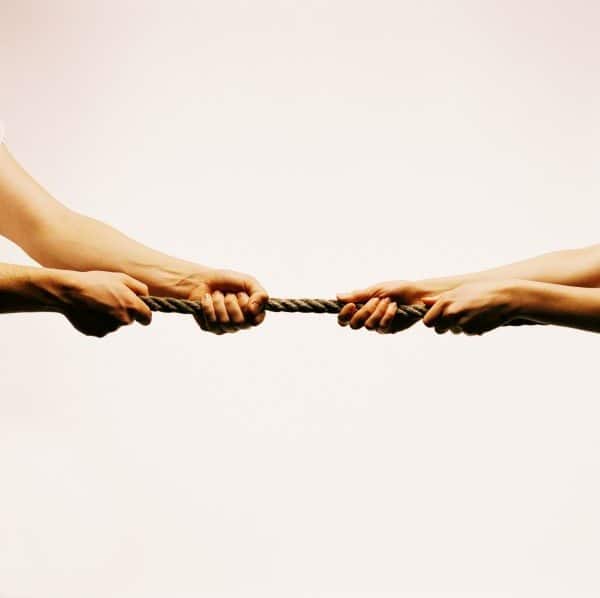 I came across your column and could instantly relate to it. I’m in a dilemma right now. My husband has been very close to his joint family, which is full of aunts and grandparents and he has very close relationship with all of them. Due to job requirements we had to move out of the country where his family resided.

After we moved his families interference increased in our life. Eg. they began to force me to get pregnant. Each trip to their country, they will try to pressure me for the same. Out of courtesy I did not say much because I only get to meet them once a year.

Then we had a kid and this drama became ten folds.  My husband began to insist that all the major festivals and functions happen at his place. His first birthday was hosted at his family house. I agreed to it in the light that my husband is very attached to his family and I would not want to hurt him. But this monopoly has gone too far.

They come to stay with for six months at a stretch (I adjusted with that) and after they leave they want to be online on video chat with him/my son all day until they go to sleep in their country (Still bearable). He is just 2.5 year old and I am deeply attached to him. Now my husband has recently started complaining that his son is not enough attached to his family and hence we should send him to live with his parents for a year. This is just unacceptable for me. He wants his son to learn all the culture of his country and get attached to his grandparents like he is.

I love my son dearly and cannot bear to be away from him for a year. This has turned into nasty fights. I don’t know how to deal with this situation.

Nope nope nope. This is not okay. None of this is okay.

Your in-law problem is, actually, ranking lower on the totem pole than your marital problem. As overbearing as his family may be, your husband’s behavior is even worse. He’s being controlling, unreasonable and downright cruel. To you and your son: No 2.5 year old should be sent AWAY from his MOTHER for some weird, year-long international bonding experiment. The mere fact that he suggested something so drastic is strange. The fact that he’s now double-downed on the idea to the point of “nasty fights” is actually scary. You saying “No, I will not send our toddler out of the country and away from us for a entire year” should have been the be-all, end-all to that discussion.

I know there are obviously some fairly major cultural issues going on here, but you’re describing an escalating pattern of selfish demands and bullying from your husband. You keep saying “okay, this is bearable, I’m adjusting, I don’t want to hurt his feelings ” and he keeps demanding more and more concessions from you, without any type of compromise from him. (Hey, what about spending time with YOUR family?)

I mean, honestly. Your son is 2.5 years old. Just how “attached” is he supposed to be to these family members? How much “cultural appreciation” does he expect a child that young to absorb? Your husband’s unfair/unrealistic expectations are extending to his child, I think. He’s a toddler. His relationships with his extended family can not, should not take precedence over his bonding with his PARENTS, which is exactly what this proposal is doing. It is wrong. He is wrong.

But what should you DO about it? This isn’t super easy advice to give because frankly, I’m worried for you. I try not to make huge leaps in judgement based on a few paragraphs (and doubly so when English is not the letter writer’s first language). But even just your few paragraphs clearly lay out an escalation pattern of demands, control and isolation. It’s all his family, all the time, nothing else is as important, you give them respect and courtesy and now they’re literally demanding temporary custody of your CHILD. Who knows what they’ll ask for next.

So no, you will not send your child out of the country. You will not give him over to the care of your husband’s family. Where he goes, you go.

How you proceed depends on how your husband reacts when you put your foot down and tell him that particular discussion DONE. OVER. You will not hear another word about it. If he accepts, you two still sound in dire need of some couples’ counseling. He needs to step back and realize there’s “being close to my family and keeping them involved despite geographical challenges” and then there’s…what he’s doing. This demand was unreasonable, and possibly due to his own baggage surrounding having to move away and maybe some cultural guilt, but it’s not fair that he take that stuff out on you and your child. (Who I promise you, wouldn’t want to spend a year away from YOU, either!! How tremendously disorienting and scary for such a young child.) Get a therapist, a counselor, one for both of you, ideally.

If your husband continues to pressure you to agree, or the “nasty fights” escalate to a level of emotional, verbal or physical abuse, you need to start looking at safe ways to extricate your son and yourself  from this situation. Where is your family? Can they help? Can you take your son to visit them? Get a break and some distance from your marriage and do some deep soul-searching on how you’re being treated? I don’t know what country you’re in so I unfortunately cannot offer specific local resources for you, but if you need them, you can get in touch with us privately and we will do everything we can to track down any help you need.

And yes, I included a worst-case scenario here, and I’m suppppppppper hoping that my spidey-sense is way off here and your husband just needs to be looked dead in the eye and told NO, I’M NOT DOING THAT. STOP ASKING. IF YOU BRING IT UP AGAIN YOU WILL SPEND THE NEXT YEAR (AND BEYOND) WITHOUT EITHER OF US, OKAY?

Perhaps as your son gets older your husband will be able to chill out about this imagined lack of “attachment” with his family and culture. (It’s not a lack of attachment! It’s called being a two year old!) Perhaps he’ll feel better if you two make a effort in your own home to teach and celebrate those cultural traditions. YOUR his family now, after all. And he really, really needs to be put you first. I’m sorry you’re dealing with this, and wish you the best of luck with this situation.