Twitter Facebook Pin It Email Article
Prev To Preschool or Not To Preschool Next Hello Teenagers, Goodbye Romance 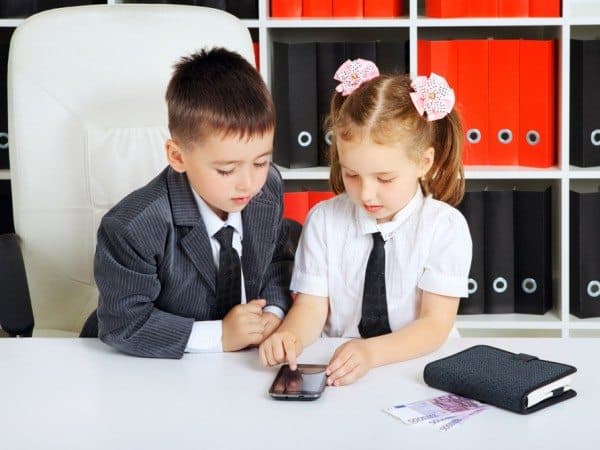 When My Kids Grow Up, I Want Them To Be Flexible

I’m not entirely sure how this happened, but it appears that I have two children in high school. The good news is that those two children really enjoy and excel in academics—I imagine this would be more painful if they didn’t—but the bad news is that I’m astounded by the pressure on them to make decisions about their future right now.

Here’s a not-so-secret secret of mine: I didn’t figure out what I wanted to be when I grew up until I was in my mid-30s. I graduated from high school at 16, college at 20, and grad school at 22. At each of those points, I was sure I knew what I wanted next, and further certain that the thing I wanted was something I’d be doing for the rest of my life. I wanted, in chronological order, to be a professional actress, a research psychologist, and a human factors engineer. In case it’s not obvious, these three paths aren’t really related. But I went to acting school, spent years in labs, and later learned the ins and outs of software design. I worked as a human factors engineer (the supposed “final answer”) for years. I enjoyed a lot of it, even. Even that—the one path of the three that ended up as my official career—was not what I’d consider my calling. I wasn’t an engineer who later decided to make a career switch, I was a writer who finally figured it out. (And before you roll your eyes and think this is a hippy-dippy, artsy sort of thing, it has nothing to do with the career of writer, and everything to do with working in a field I sort of liked vs. finding the work that I love.)

The point is that my life has biased me, sure, but I think requiring teenagers to declare their life paths is laughable. Yes, some will pursue their stated goals with laser-like precision from now until the end of their lives (and maybe even be happy), but the vast majority of teenagers are—surprise!—still in flux in a hundred different ways. Why must we try to convince them that every decision they make today shapes their tomorrow in some indelible way? They should try to figure out what speaks to them and what their goals are, absolutely. But where’s the message that things can and will change and they can adapt to that when the time comes? That’s not part of society’s script.

So I think it’s bad enough that we tout college as the beginning of the rest of their lives; woe betide the kid who doesn’t have a clear vision for the next 50 years, because after all, the college you attend impacts the rest of your life! (Maybe.) (Another not-so-secret secret: I’m not sure I believe that.) My oldest is awash in collegiate junk mail (sometimes I wish they would just write, “Oooh! Oooh! Pick us!!” on their mailers, for honesty’s sake) and wants to know how she’s supposed to decide what college she wants to attend. My advice of “pick one that’s free/cheap and seems interesting” has her wondering if I’m joking. (I’m not.) I expected this milestone, of course, and as we inch ever-closer to senior year, we’ll have to discuss it more often and more in depth.

What’s chapping my hide at the moment, though, is that our school district has decided to pilot a “Pathways” program, wherein high school students must pick a concentration (or Pathway) on their way to graduation. This is not a formal graduation requirement—at the moment, anyway—but it’s being presented to the kids as something they “have” to do. On the bright side, there’s a variety of different Pathways from which to choose. On the down side, though, these Pathways are pretty hardcore. To wit: My son has chosen Science as his Pathway. This makes sense; science is his favorite subject and I wouldn’t be surprised in the least if he ends up in either a laboratory or computer science as an adult.

Seven. You choose the Science Pathway, you are expected to complete the equivalent of 7 years of science study in your 4 years of high school. Now, make no mistake: that’s completely doable within the requirements of the high school curriculum. For someone science-focused it’s maybe even an opportunity. But the idea that my 14-year-old was just encouraged to ensure that he has no free time in his schedule for, say, an art class or some other elective he finds appealing for the remainder of his high school career just rubs me the wrong way.

“What happens if he doesn’t complete all 7 credits?” I asked his guidance counselor, after he came home with this news. (Parents, by the way, were not involved in these “Pathway Days.”)

“Nothing, really,” she said. “It’s not a graduation requirement… yet.”

My daughter was absent for her grade’s Pathway Day and so hasn’t yet selected one. We are pretending she’s a conscientious objector.

I don’t want my kids picking out their futures right now. I’m not sure I want them doing it even when it’s time for college, either. They’re kids, and I want them to try and experience things outside of their very insular spheres of existence before someone tells them that they’re setting their life courses. And while I’m wishing for things, I wish someone besides their mother—who is viewed by some other people close to them as “flighty” or not as “serious” due to my particular history of career-hopping (despite nearly a decade in my now successful career)—was reminding them that people are allowed to change their minds. What you decide today will impact tomorrow, of course, but that doesn’t mean it’s set in stone or that there might not be good reasons to make a different choice, later. This societal undertone of “Hurry up, make a decision, then do only that thing” works out for only a fraction of society. The rest of us then have to struggle not only with changing streams, but being judged for doing so.

I want my kids to grow up to be happy, productive members of society. If at any point they are unhappy or unproductive (or both), I want them to know that they can change that. Furthermore, I want them to view changes like that as strength of adaptability, rather than a supposed weakness of focus. Is this really such a crazy concept?