Twitter Facebook Pin It Email Article
Prev Dealing With a Picky Eater Next Swaddling Blankets: The Good, The Bad & The Useless 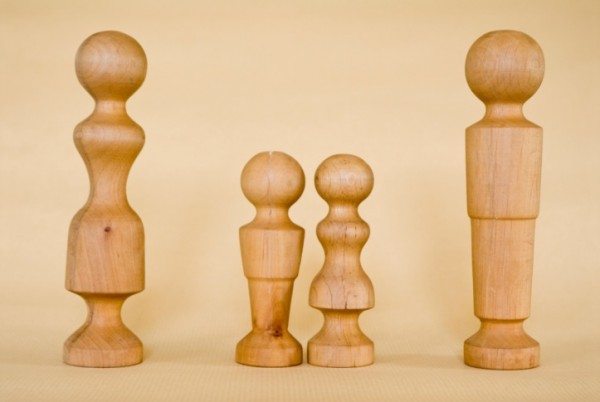 Helping a Toddler Cope With Divorce

I’m probably one of the many men who reads your advice blog, but never comments (sorry).  I always enjoy seeing the woman’s point of view of the situations you address and now it seems I have my own question I am hoping you can help with.

It pains me to even be in this situation, so forgive me for venting a little, but I was hoping you and your readers might have some advice on how to cope with divorce for both myself and my daughter.  Seven years ago, I met a wonderful person who was artistic, motivated, attractive and someone who I enjoyed spending all of my time with.  Two years later we married.  At the time, certain issues were starting to surface related to hair pulling and significant weight gain.  Signs of depression also began as my wife seemed to lose her motivation to do her art projects, exercise or even go out and be social.  I tried to be supportive of her during this time and she began some therapy sessions and promised she wanted to get back to being the person she was before.  A year later, we were pregnant and had a daughter.

But our daughter was a strain on our situation as she had colic for the first 3 months and my wife started suffering from depression again.  We started couples therapy and I took a more predominate role in caring for the baby while she started depression medication.  Things seemed to be going better, but then the hair pulling continued, she was still missing motivation to do anything which required planning, more substantial weight gain followed and our love life was non-existent as a result of the depression medications.  The few times she did go out, it was more as an escape as she would drive after drinking with friends and even ended up with a  DUI at one point.

Now after 3 years of couples therapy, we have reached an inevitable conclusion.  I want back the woman I originally met, meanwhile she wants someone to accept her as she is now.  Because neither of us is happy with the current situation, we are going through the steps to get a divorce.  If it was just me, I would be disappointed, but accepting of this result.  However I am crushed by the impact this will have on our 3 year old.  My ideal of a happy home for her to grow up in feels destroyed.

My wife has not moved out yet, but we have tried to prepare her by telling her that mommy and daddy will be living in separate houses.  We tell her she will be sharing, but she doesn’t like this and wants to know if we can all come to the same house.  She is also becoming very clingy at daycare drop off and doesn’t want me to leave her there.  I have also purchased some toddler books about divorce which we are starting to read to her.  My wife and I will be splitting custody 50-50, so we will each have her half the time once we separate, but I know it will be rough on her to adapt to this new situation.  Do you and your readers have any advice on how to smooth the transition, how long it will take to adapt and anything else I can do to make this situation easier for both of us?

So, not surprisingly, given all the recent hoopla in the news, the cable networks have been showing a LOT of Sandra Bullock movies lately. And it turns out that Miss Congeniality is one of those movies I am powerless to resist whenever it comes on. I simply MUST watch it, all the way through, even though I scoff at how ridiculous it is but WILLIAM SHATNER, DUDE.

Anyway, there’s this one scene where Gracie comes backstage at the pageant in a panic, because the FBI shut down the investigation and Michael Caine is no longer there to help her and she’s getting blush and lipstick mixed up, and Miss Rhode Island turns to all the other contestants and shouts LADIEEEEES! And they all drop their cutthroat competitiveness and swarm to help poor Gracie get ready for the show.

I am bringing this up because: LADIEEEEEEEES!

I don’t have any answers for you, Scott, as I haven’t been through a divorce or separation and would probably feel just like you do if it happened: crushed, unprepared and kind of flailing when it came to helping my children through it. I’d probably buy some books and do a lot of Googling and finger-chewing before turning to the Good People of the Internet for first-hand advice and support. Which you’ve just done, and I have a hunch you’ve come to the right place.

It sounds like you’ve taken some good first steps, as far as I can tell: the books, the pre-separation talks, the honesty. You probably already know the big divorce no-no’s: Negative talk about her mother, placing blame, failing/forgetting to co-parent, overcompensating for your guilt with toys! and trips! and changes in routine! and MORE TOYS! And you probably already know that no matter what you do, this IS going to be hard on your daughter. And you.

I think it’s really okay to embrace and accept that reality, and let your daughter know that it’s okay to be sad and it’s normal to be a little scared. Daddy’s sad and a little scared too, but he loves you so much and you make him feel happy and safe. What can Daddy do to make you feel happy and safe? Putting on a brave face 24-7 can be really draining, and while obviously we don’t want to freak our kids out with uncontrollable bursts of sobbing or wall-punching, you CAN have honest, controlled talks about how you feel with a three-year-old. She’s probably becoming very aware of her emotions and other people’s emotions, even if she struggles to really understand them or even correctly identify them.

Noah’s teachers noticed that he was having trouble “reading” the emotions and facial cues of other people, and thus unable to predict how his behavior would make them feel, so we made felt faces that allowed you to change eyes and mouths to convey different feelings (happy, sad, angry, scared, etc.). We used the face while reading books or talking about things that happened during the day — your daughter might really benefit from something like this. At bedtime, when you read her the divorce stories or talk about the separation or even about fun, happy things that you did that day, have her think about her feelings and use the felt face (or just different faces drawn on cards, or whatever) to pick which emotion she experienced. This will give her a tool to tell you guys how she’s feeling so you’re not always guessing or worrying that she’s internalizing a lot of fear, anger, sadness, etc.

And now? LADIEEEEEESSSS. It’s your turn. Any words of advice or comfort you can offer Scott and his daughter?