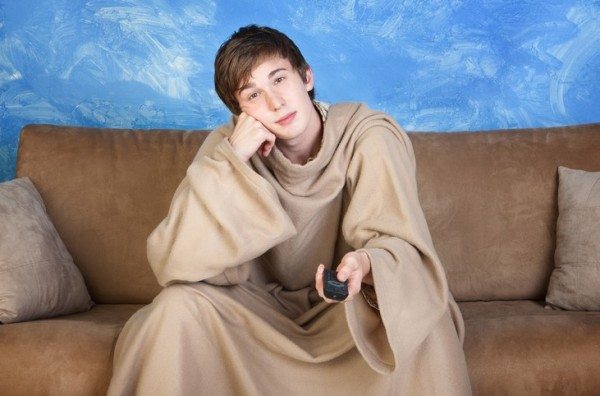 The Unbearable Wrongness of Sportsing

Of all of the parenting transgressions I have committed in the eyes of my children’s father—and I assume there are many, though because we are grownups (or just, you know, old and tired and divorced for about a dozen years by now) we no longer bicker about them the way we once did—my lack of enthusiasm about sports may just top the list. It’s not that I don’t enjoy watching various sports, it’s that I am not a sporty person, myself. I never played organized sports as a kid (save for a brief stint in Little League which hinged upon my devotion to the weekly after-game ice cream), and even now, I struggle to find exercise I enjoy. I grew up as an asthmatic bookworm who abhorred everything about the culture of teenage sporting, and now… ummm… well, my asthma has improved.

Listen, I put the kids in sports when they were little. I understand the importance of exercise and I think team sports offer lots of important life lessons. My standard approach was always, “Does that sound like it might be fun? Let’s try it!” Once a commitment was made to a class or a season, the kids had to see it through. For a while, there, I thought perhaps they did take after their father’s side of the family: My daughter gleefully twirled her way through both kiddie ballet and youth soccer, then devoted herself to Tae Kwon Do for years (though she quit once she reached a high enough level that she was expected to spar on a regular basis). My son’s experience with youth soccer was more complicated, as even “amoeba ball” presents a number of challenges for an autistic kid with sensory defensiveness, but we moved on to swimming (“No one is touching you! Just swim!”) and that seemed promising right up until a coach gently suggested that when the amount of crying exceeds the amount of swimming, it may be time to find a different activity. My daughter enjoyed swimming until a chronic skin condition forced her out of the pool. My son played baseball in a special needs league for a few years, but—like me, way back when—was mostly there for the snacks. My daughter took yoga with a friend for a while, then lost interest. I offered other options. I tried, for years. But the older the kids got, the more opinions and resistance they had. Lo and behold, by the time they made it to high school, neither of them wanted to do anything involving exercise. (Except marching band, of course. I’m willing to count that as a sport, but it’s not a very long season.)

My ex has a standard speech he gives about how he was never very good at the many sports he played, and that wasn’t the point; he did it for the exercise and the team-building and all of the other benefits of participating. He’s not wrong about it being a great pursuit for him. Where we disagree is on whether it’s a good idea for our kids.

On the one hand: I wish they would exercise more. I know it’s good for them. And I do think there are benefits conferred by team sports participation that are hard to get elsewhere. You don’t have to be the best or even particularly good if you’re willing to work hard and support your team, right? I would love to believe that’s true.

On the other hand: My ex went to school in a different time and place, and P.S., his parents were both teachers at the school he attended. While he wasn’t immune to bullying, I’m going to venture a guess that having his parents there (and often, having his parents as the coaches of the team) curbed a lot of the abuse he might’ve otherwise encountered. My kids attend a large public school known to be… ahhhh… well, let’s just say it can be a little rough around the edges. Some of the sports I might otherwise suggest as being compatible with my not-terribly-athletic children are ones where it’s not a question of if they’ll be bullied, but how badly. And while I wish they would be more physically active, at a certain point I think the emotional cost is too high. (Exhibit A: At one point I did extract an agreement to “try a spring sport” from my daughter, and her brief stint on the Track team was… unpleasant, to say the least.)

Throw in today’s teen culture of constant attachment to various screens, my daughter’s involvement in a dozen (non-sportsing) school clubs, my son’s deep and abiding love of Dungeons & Dragons and other sit-and-snack-while-you-slay-dragons gaming, and you have a couple of busy-but-sedentary kids and a mom who has guilt.

The good news is that the kids are lean and eat pretty healthfully, thanks to good genes and the fact that I have no guilt about controlling the food that comes into the house and cooking most of what we eat. But the bad news—as I am now discovering in my 40s—is that good genes only keep you healthy like that when you’re young. I struggle with forming good exercise habits now, and I need them, because I can no longer coast on youth to keep the pounds off and give me boundless energy. I’m working on it, and I would love to get those habits in place for the kids before they find themselves middle-aged and wishing they’d taken better care of themselves. Plus, I can see that both of my teens function better both emotionally and physically when they get regular exercise.

When they were little, I could announce they were enrolled in a class and put them in the car and take them there. I can’t force them, at this point. (I guess I could try, but I prefer to pick my battles, and I’m not sure this is one I want to have.) I offer up a variety of not-at-school options to circumvent the social shark tank issues, but no matter what I suggest, neither of them are interested.

I don’t know how hard to push, or what would be workable options at this point, even. I feel like there must be a solution rather than just letting them stay on the couch with their books. I’m just not sure what it is, yet. 10 points to Gryffindor—or my eternal gratitude—for any fantastic ideas on how to get my teens up and moving in ways they love. Hit me with your brilliance, please.