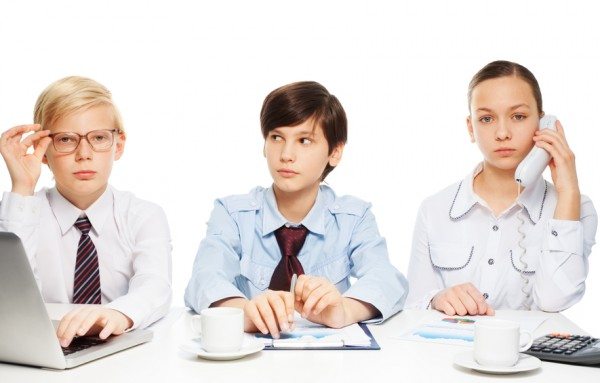 Declare Your Future Career… At Age 14?

When I was 14 years old, I had a major plan for my future life. I thought about this plan almost every day for a year, and I just knew in my heart of hearts that if I studied hard, listened to my parents and went to church every Sunday, my life’s dream would happen the very minute I turned an adult at age 18.

Alas, Tom Selleck never answered my letters, so I’m not currently driving around Hawaii in his Magnum PI Ferrari. Oh, well. His loss. That mustache was probably too tickly, anyway.

I thought about my crazy dream life recently when I heard a story on my NPR station about Texas Bill 5, a somewhat controversial educational plan that will require kids as young as 14 to declare their future careers. Yep, 14. The entire idea immediately struck me as ridiculous, and not just because the lawmaker interviewed about it said that many kids at that age might want to grow up and become “cost estimators.” Yeah, buddy, take a walk around an 8th grade hallway and you know what you won’t see? Boys wearing t-shirts featuring pictures of their cost estimator heroes. (Also, based on all of the skateboard crashes I see at the mall, teen boys aren’t exactly known for their estimating skills, anyway.)

But that said, I’m sure there are arguments about how making plans and goals like this will inspire some kids to stay in school and stay the course. And that’s beyond valuable. I’m definitely in favor of making teens career-minded. What I’m not so much in favor of is the age at which they’re asked to do this. Most fourteen-year-olds are having too much fun being 14 to worry about what they’re going to do at age 35. Or at least I hope they are. Maybe I should tell the 8th grade girls who live in my cul-de-sac to stop focusing on perfecting their high kicks and focus on their future Healthcare jobs instead. I’m sure they’ll jump right on that.

When I mentioned something about Texas Bill 5 on my personal Facebook page, I quickly discovered that my dream of marrying Magnum PI wasn’t that far off the mark. In fact, I had about 100 hilarious comments about what some of my friends wanted to be when they were 14. Here are just a few:

Peyton Price:  Plucked out of the audience to replace a Broadway star.

Megan Billowitch: A groupie for Guns and Roses!

Jenn Bobbitt Larson: Vegas Showgirl or a CIA operative. So apparently Jennifer Garner in Alias… but this was pre-Alias which makes me super cool.

Jessica Ashley: I wanted to be a writer…leading the glamorous life. I even wrote an essay about it in 8th grade to seal the deal. And it obviously came to full fruition. (Then she posted a video of Shiela E.)

Penne Heede Pojar: I wanted to be a Corvette designer who owned the Denver Broncos. I wrote it down even so that it would come true.

Tristan Mercado: I practiced being Mary Mother of God every night after I got out of the tub with a towel pinned to my hair and cradling a fake baby Jesus. I totally had it down.

Well, you get the idea. It was a funny interaction, but the take-away is that 14-year-olds of my generation are no different than 14-year-olds of today. At least my 13-year-old son isn’t because when I asked him what he wanted to be when he grew up, he shrugged and said, “I dunno. Is watching baseball a job?”

Middle school and early high school is when kids should be allowed to still have dreams and crazy aspirations about their futures.  Yes, it’s still a time to study and get a good education, but reality will hit soon enough. Let the kids be kids a little while longer. The world can do without another cost estimator.