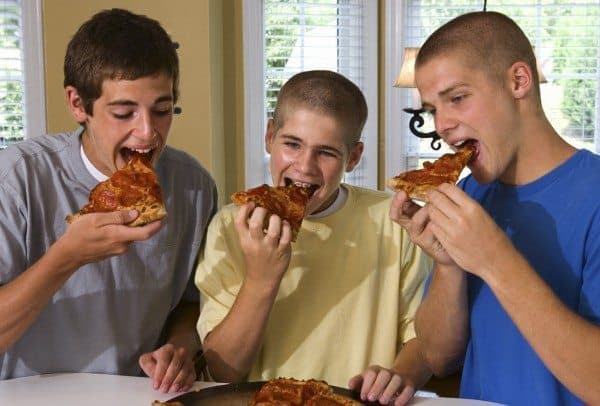 Your Teen Has a Friend You Don’t Like, 11 Things You Can Do About It

It’s bound to happen. Your kid is going to make a friend that you don’t like. What do you do? How do you know whether to step in or stand back? Your kids’ friendships are a tough thing to navigate at any age, but the older your kids get more the challenging it becomes as a parent.

When my kids were younger it was easier to keep them away from kids that I didn’t like. Most playdates were arranged in advance and I found it easy to have other plans.

My objections to some of their early friends had more to do with the way kids were being parented than the kids themselves. All kids do rotten things once in awhile, my own kids horrified me with their behavior on more than one occasion, but the way the parents chose to handle it, or not handle it as the case may be, was usually the deal breaker.

During the elementary and middle school years, it is easier to monitor friendships. No one can drive themselves anywhere yet. They are young enough where you do meet the parents when you do drop offs for parties or sleepovers. They are much more likely at this age to tell you every last detail about their friends. And they actually still really care about your opinion and don’t yet think you are the stupidest person to ever exist on the planet.

Teenagers are the polar opposite of younger kids. They are notorious for disagreeing with their parents for no other reason than they want to assert themselves as autonomous beings. The opinions their friends hold matter more to them than yours, at least in the short term.

So what do you do when your teen chooses a friend you don’t like? Here are some things to keep in mind:

1: Don’t judge a book by its cover.
Ask yourself if what you don’t like about the friend really matters. Is it the way (s)he dresses? Is it a lack of good manners? Is your child getting into trouble with this friend? Once you identify this, you will have a better idea of how to proceed.

My son has a friend with atrocious manners. I found that using humor and gentle guidance has helped this kid in particular learn what is acceptable in our house. It also provided a good opportunity for me to talk to my own kids about how to behave in someone else’s home.

3: Is it just a case of normal teenager rebellion?
Every time your child gets into trouble it won’t be the fault of some other child. Remember that your child is not perfect. There may be times when he is the bad influence.

4:  Keep the lines of communication open.
The best way to influence your teenager’s choices is to not put blanket restrictions upon them which could cause them to rebel, but to build a foundation of trust so that you can talk to them in a non-judgmental way about your concerns. Ask questions that get your teenager thinking.  When my son recently got into trouble because of his friend I didn’t rant on and on about how much I disliked the kid. Rather I asked him pointed questions about the friendship. Is this how friends treat each other? Do friends encourage each other to do things that they know are wrong? Do friends ditch each other when things get hard or do they stand up for each other?

He was able to answer those questions himself without me having to point out the obvious.

5: Make your place somewhere kids want to hang out. Trust me this is a tough one for me because I also have other kids and having extra kids in the house beyond my own sometimes drives me batty. But better here than other places. I have also discovered that the kids who are the real troublemakers don’t want to hang out anywhere near parents. So they will tend to go away and find other kids who are equally less supervised. That makes for a win-win situation as the friendship with the kid you don’t like will stagnate.

This also will give you the opportunity to get to know the friends. As in the case of the kid with the bad manners I mentioned above, once you get to know a kid you might change your mind.

6: Be like a fly on the wall when the friend is over.
I have found the best way to listen to the conversations my kids and their friends are having is to make snacks and walk in and out of the area replenishing the snacks and drinks without saying anything that would call attention to myself. Oh, the things you hear.

7: Make sure you don’t turn everything into a life lesson.
If you do this every time your teenager tells you a story pretty soon they won’t tell you anything. Laugh with them. And if you can’t do that, laugh at them. If something they say causes minor concern, wait and bring it up later under a different context.

8: Pay attention to what other people think.
The best judge of character is often other kids. Listen to what your kids’ other friends have to say about the kid you don’t like. When three of my son’s friends– that I know well and genuinely like– expressed that they didn’t like a particular kid it was a red flag for me. When I asked them why they all gave me vague, non-committal teenage answers, but it signaled to me that I wasn’t completely off base with my concerns.

9: Know when to hold your tongue.
If the friendship shows signs of falling apart, don’t point out how you were right all along. They certainly don’t want to hear “I told you so” anymore than we as adults want to hear that when we make mistakes. Be supportive of your child and their feelings without bad-mouthing the friend. If he says he is going to hang out with different friends that day, don’t say thank god you are getting away from that manipulative spawn of Satan.

10: Know when it is time to speak up
If you decide that you do need to get involved sit your teenager down and give them clear concrete reasons. Focus on the impact the friendship is having on your teenager, rather than spouting off a list of things you dislike about the other kid. Are their grades slipping? Has (s)he given up other friendships? Have you caught her/him lying? Has s/he gotten into serious trouble?

Don’t forbid the friendship unless you absolutely have no other choice. Teens will dig in their heels and the friendship will most likely end up lasting longer than it might have otherwise. If only so they can prove to you that they are capable of making their own decisions.

11: Know when to put your foot down.
Let them save face. Give your teenager a way out. I had to do this recently.  I spelled out very clearly what exactly I meant by not being friends with one particular kid anymore. Yes, he can talk to him at school. Yes, he can eat lunch with him or sit next to him in class. But, no he may not go to this kid’s house. No, he may not come to our house. No, he may not drive him anywhere or be driven anywhere by him.

And hey, if all else fails there is always military boarding school. Heh.