Twitter Facebook Pin It Email Article
Prev A Guide To Thrifting With Your Teen Next On Adoption: “When Are Your Real Parents Coming Back For You?” 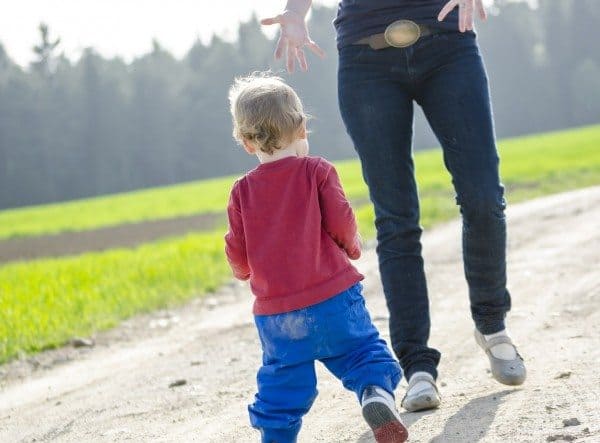 Filling in the Blanks

Our guest contributor’s name is being withheld upon request.

When I introduce myself from here on out, I am supposed to say, “Hi, my name is ______________, and I’m an alcoholic.” That’s the first step, according to the brochure some nice woman handed me as I entered my first AA meeting day before yesterday.

As I have left that space in my introduction blank, it’s fairly obvious I’m not all the way there yet. That step, and all the subsequent ones I’m going to have to tread, are not entirely clear to me yet.

It’s not that I have any doubt that I’m an alcoholic. I know what alcoholics look like, and they look a heck of a lot like me. And my mom, and my aunt, and my grandfather, and my cousin, and my great-grandmother. I am well-acquainted with alcoholics, and the specter of all those slurry words and empty, glassy stares loom large in my childhood memories.

For a long time, I simply avoided alcohol, figuring that would be the best way to circumnavigate my inheritance. In high school and college, I was everyone’s designated driver, the responsible one who, as a bonus, could lord all that moral superiority over my drunken classmates, mother, and grandfather, knowing I was above all that. I would never be like them.

When I had my own children, and it came time to deliver an ultimatum to my mother – she’d have to choose, alcohol or her grandchildren – I had already begun to slide down the same slope she’d traveled. I knew I was slipping, and I knew where that slope led, but to reveal that reality to anyone else would be to admit I might just be like my mother, and I was too angry at her to allow any such comparison.

When my children were young, avoiding that comparison was easy. My children were too little and too oblivious to comprehend how many glasses of wine I’d had. I figured I’d get the drinking back under control by the time they were old enough to be observant. Because, of course, I could stop any time I wanted to.

I just didn’t want to.

This year, we started to talk to our oldest, very observant child about alcohol. We were matter-of-fact and blunt. Alcohol has had a tight and devastating hold on both sides of his family for generations. We told him that it’s going to be very important for him to pay attention to his drinking. To know the difference between social drinking and problem drinking.

Yes, very important, I repeated, as I sociably sipped my wine.

Three days ago, sociability slipped into problematic which slipped into unconsciousness, and I was careless enough to let that happen in front of my entire extended family. I’d like to say my observant eldest child did not notice, but I have no idea. I don’t remember. That’s a blank, too.

The next morning, my father informed me that I’d have to choose – alcohol or them – and I chose them. I cried, threw up, showered, and drove to my first AA meeting. My husband offered to go with me, but I knew these were steps I’d have to take alone.

When I walked into that church basement, packed with one hundred other alcoholics, I wasn’t fooling anyone. No introduction was needed; I was simply one of them.

This weekend, over a dinner without that problematic glass of wine, I will have to look my son in the eye and say the words that fit into that blank up there at the top of this page for the very first time. While I am scared to death, it will be a relief. It will be the end of ten years of sliding and the beginning of my journey back uphill.

My son introduces me to his friends as many a lot of things – mother, wife, writer – and I I’m incredibly proud of those labels. Proud enough that I refuse to allow this newest label to obliterate everything else I’ve worked so hard to become. I’ve finally done the math and figured out that the only way I get to keep those other identities is to admit the word “alcoholic” to my list of identities.

Because when my son is my age, I want him to be proud of me, particularly if our mutual inheritance grabs hold and threatens to drag him down. As his mother – particularly his alcoholic mother – the most important gift I can give him is the power of my example to guide him if he ever stumbles upon the treacherous terrain of our family’s well-worn slippery slope.