Twitter Facebook Pin It Email Article
Prev ADHD and College Prep: The Last Frontier? Next How To Help When Far-Away Family Is In Crisis 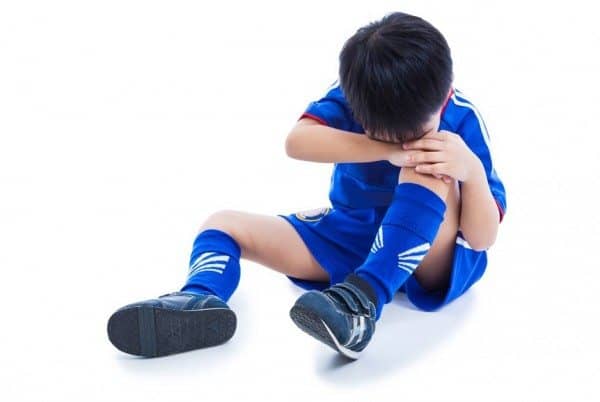 My recently-turned 7 year old was a premature baby, micro-premie in healthcare lingo. He was 1#5oz and so obviously had a tortuous road to good health. We have battled through most of the physical health issues and he’s doing great, however behavior is an issue sometimes. To my point….

He is a horrible sport. He loves the idea of playing games but at the first sign that he might not be winning he usually runs from the situation, most times upsetting a game board or throwing a ball or bat or glove. He runs and hides, sometimes under a bench or table, or in a restroom etc. If you follow him he’s usually crying violently and saying things like he’s horrible and a loser and will never be good at anything. It’s reached a point that it’s affecting his PE grade at school and I’m hesitant about allowing him to do certain extracurricular activities for fear he will lose friends rather than gain them. We live in a rural area so his classmates now will be pretty much his entire class through high school.

What do I do? He needs to understand he won’t win everything he does and that this behavior is inappropriate and that he has amazing value whether he wins or loses.

But…..We’ve tried affirmations to boost his self-esteem, he’s actually usually fairly self-confident and quick and smart, and he’s not the slowest or the weakest so it’s not that he loses everything he does. We’ve tried telling him to knock it off, that you can’t win every game. We’ve tried showing him videos of teams losing and how players act. I’ve taken him to older friends’ games and let him watch how they act when they make a mistake as a good example for him. I’ve tried repeatedly beating him at games to desensitize him. We did let him win as a baby to some degree if that’s a bit of mom guilt I should be harboring, but I think everyone does that? I keep hoping he will outgrow this, but it seems to be getting worse. Take baseball for instance: He will play happily if we don’t keep score or throw people out at first base. But once we start that he does a Jekyll/Hyde transformation. Ideas? Or do I just wait and continue to be mortified.

Complication: my brother lives near us and has a same-age daughter that participates in most activities my son does and my brother is a jackass to him when he acts like this despite the fact that it doesn’t help anything. So I really want my son to quit acting like this or he’s going to hate his uncle forever I’m afraid. I can’t change my brother or his proximity. I figure with 3 boys, with some sensory issues you might have encountered something like this?

Desperate mom of the poor loser.

P.s. More info possibly of interest: He has a wiggle seat and bouncing band on his chair in his classroom to help with his need to always be moving. He is also a bit handsy, to quote my husband. He must always be touching you if you’re talking to him, either by holding your arm or sitting on your lap, etc. When he asks me a question he repetitively taps my arm similar to an autistic stimming movement long after I’ve given him attention and am trying to answer him, at which point he’s driving me insane. I realize all these signs of an overactive sensory system may not be prematurity. He’s the sweetest, funniest, most loving, passionate child. His highs are as high as his lows are low.

So my oldest son was born the day after my due date, weighing in at a whopping 9 pounds, 15 ounces…and your letter describes him perfectly. It’s like: THIS. Just all of THIS. The aversion to anything competitive or rigidly structured (including keeping score vs. “just playing for fun”), the almost violent reaction to the prospect of losing coupled with negative self-talk, and of course, the social consequences that come with being a kid who hates sports and won’t participate or play nicely with others.

Given your son’s prematurity and school accommodations you mentioned, I’m guessing you’re pretty plugged into your area’s early intervention and special education networks. I’m curious if your son has gone through any formal evaluations on his sensory and social problems. I don’t want to speculate on any specific diagnosis, but since he sounds SO SO SIMILAR to my son, I gotta at least toss our diagnoses (first Sensory Processing Disorder and a developmental coordination disorder [dyspraxia], later “upgraded” to Autism Spectrum Disorder coupled with ADHD) out there. If he hasn’t been evaluated for anything neurological recently, I’d say it’s worth a visit or re-visit, especially since a formal diagnosis — while scary — can really open a ton of doors to better treatments and resources. (Not to mention the best path to shutting your jackass brother up. “Can you NOT rag on my kid about shit he can’t control?”)

But since I just said I don’t want to speculate on your son’s specific diagnosis (if any), here’s what helps us with the specific issues you laid out here:

One other thing that really helped us understand our son was a video by Asperger Experts titled “Don’t Teach Social Skills.” (Don’t freak at the title, that’s not actually what they were saying.) Again, I’m breaking my pledge to not focus on any specific diagnosis but your description of your son’s fight/flight meltdowns are so, so similar to the ones we’ve been through, and the Asperger Experts’ “Sensory Funnel” and “Defense Mode” explanations seriously changed our lives for the better. It really applies to any kid with sensory issues, not just Aspergers/ASD. (Their full video library covers a slew of issues, including stimming, general meltdowns, school organization, you name it.)

My older son is 10 now. He still does not enjoy team athletics or even joining other kids for a casual basketball game at recess because someone might decide to “keep score.” But he enjoys PE and swimming and plays board games without incident. He did karate for awhile and it was great, then he stopped once sparring became a thing and it just wasn’t for him. He chose to join the school band this year as opposed to a sports team and that’s okay. We’re still so proud of him for deciding to try and learn something new, especially since he understood completely that he wouldn’t be immediately “good” at his new instrument and would need to work on it.