Twitter Facebook Pin It Email Article
Prev Beyond the Cereal Box: Wholesome Finger Foods For Babies Next How To Get Into the Back-to-School Swing
Big Kid 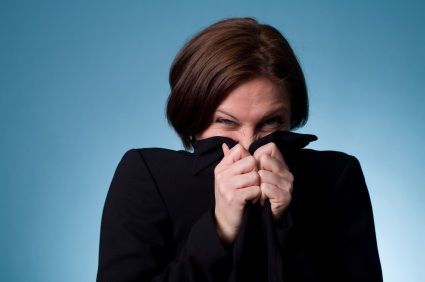 I went to pick up my boys at school today. I got my first grader first, then headed up one floor to get my fourth grader. I don’t usually pick up my seventh grader, but I wanted to remind him that he had to get straight home to meet his tutor, so I went up one more floor to find him. As I left the stairs and entered the third floor, I hit a malodorous wall, it was unmistakably the stench of male puberty, and I didn’t need a hallway full of fuzzy upper lips as proof.
“Oh my god,” I ran back downstairs to the office of the lower school secretary, “Have you smelled the third floor? It’s man smell!”

“Just wait until spring when the weather warms,” she cautioned, “I don’t go up there.”

I fear man smell, the way some people fear snakes or spiders, and because I have five boys, my fears are not unfounded. My oldest boy, now thirteen is a bit of a late bloomer and hasn’t fallen headlong into the fetid depths of puberty, but I know what I am in for, and it doesn’t smell pretty.

There is an older boy named Jaime who lives in our building and when he was going through puberty, I could literally smell him coming down the elevator. That was five years ago but the foulness of that hallway made the memory of Jaime’s stink came flooding back to me. It was disgustingly familiar, one whiff and I knew it was the putrid hormonal by-product of boys turning into men.

In an attempt to ward off the inevitable onslaught, I have tried to stock up on odor blocking body products, the way John Birch Society members fill their basements with canned food, but in my heart I know there isn’t enough Old Spice High Endurance Long Lasting Deodorant Stick in the world to fend off the odor. And really, what is more disgusting, the stench of newly minted manhood or the stench of newly minted manhood with a side order of “Mountain Fresh”?

I’ve done the math. Assuming man smell lasts for two years, and I trust it is temporary because my husband doesn’t stink, by the time all five of my boys have reached the smell-inducing years of puberty and made it through, it will be the year 2023 before I can take a deep breath in my own home.

And people claim boys are easier.

Laura Bennett is the original Bad Mommy, having earned the moniker when a finalist on Season Three of Project Runway. On the show, Laura made her mark as a talented designer, but her sharp tongue and BS-radar made her a fan favorite. Laura is the mother to six children, five of which are boys. She also is a regular contributor at The Daily Beast.