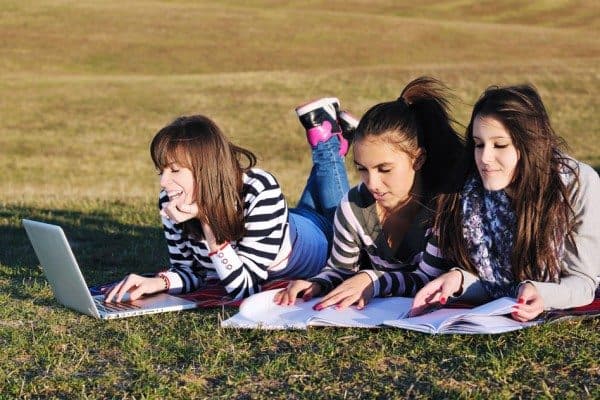 Being a Teen Today

It’s probably a great sign of age to think life was just simpler when you were young. But I look at some of the things teenagers are dealing with today and I can’t help but wonder what happened to old-fashioned social anxiety and just worrying that you didn’t have the right clothes or had too many freckles.

There are stories in the news about young girls with bright futures killing themselves because they passed out at a party, were sexual assaulted, and then photos of their violation and humiliation went viral.  For these girls it’s impossible to see that their social and public humiliation is only a horrible and devastating blip in time, not their entire future (though this is different from the ramifications of emotional and physical abuse, which can leave scars– seen and unseen– forever). They end their personal agony via suicide which only begins life long agony for their families.

With iPads, iPhones and a limitless Internet, I think how much easier it was when I was young and drank too much at a party, because there was no one snapping digital photos that could be uploaded immediately to Facebook, yet alone before the hangover even set in.

Teenagers today are dealing with pressures that were unthinkable when I was in high school. I remember a bully taunting me on the bus everyday. What if he could have targeted me online for all of my classmates to see, instead of just a few kids snickering at the back of the bus? How would I have handled that kind of pain in an even more public fashion?

I recently found myself in a coffee shop, drinking a latte and taking advantage of free Internet when my quiet table was suddenly deluged with teenagers. They were on lunch break and didn’t even seem to notice my existence.  I couldn’t help but listen to their conversation.

They were talking about gum.

“Gum is the best,” another agreed.

“I hate having to butter my own bagel,” another teen interjected as she tried to spread ice cold butter over a luke-warm bagel.

A few other girls were talking about a Spanish test they had coming up after lunch. “I am so scared of that test!” said one.

“Me too. It’s going to be really hard,” another chimed in.

And as I sat there, middle-aged and invisible, I thought to myself, this was probably the same conversation I had when I was 16-years-old. Because I loved gum, hated ice cold butter and did not easily learn foreign languages.

And yes, the lives of teenagers are remarkably different now but in some ways they haven’t changed at all.

And I look at the teenagers in rural Georgia who said enough is enough to segregated proms (yes, that’s right, segregated proms in 2013) and proudly held the first integrated prom in Wilcox County.

And I think of the high school senior I recently interviewed for a part time mother’s helper job and all the volunteer work she has done from collecting donations for a local charity to helping serve hundreds of meals to Sandy hurricane victims.

And I realized that yes, teenagers are dealing with a whole new overwhelming world of technology that we’re still learning how to navigate. But they are also brave and kind and still love gum. And there is comfort in knowing that.