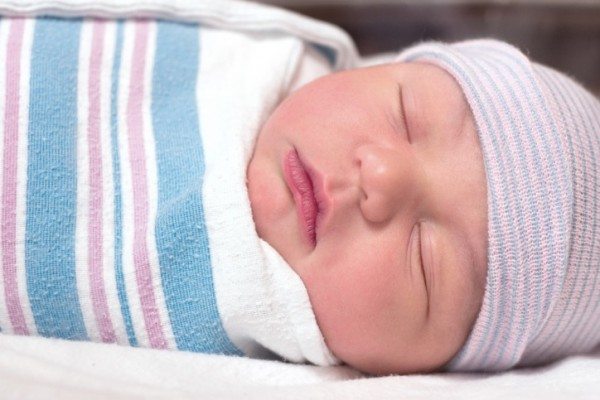 Swaddling & SIDS: A Common Sense Look at “That Study”

A study (published in this month’s Pediatrics) that looks into a possible connection between SIDS and swaddling has hit the Internet, and hoo boy, are people freaking out. Headlines like this one aren’t helping things. Is your baby swaddled right now? OMG YOUR BABY IS PROBABLY GOING TO DIE EVERYBODY PANIC.

Let’s all calm down and slow our roll, just a bit.

First, I highly recommend that everyone actually go and read the paper itself. It is not long, yet very detailed and well-written. And you’ll quickly see that some of the “reporting” on this study is quite flawed, and in a few cases, downright inaccurate and missing the point entirely. (This piece by The Atlantic, on the other hand, does a much better job of separating the facts from the panic.)

Second, I got on the phone this morning and spoke to Dr. Anna S. Pease, the lead writer and researcher of the paper published in Pediatrics itself. She was lovely, grateful the paper is getting attention, albeit not for SWADDLING = DEFINITELY SIDS reasons, which is not at all what their research concluded. Strip away the fear-mongering headlines, and the message she and the team want to get out there is simple, yet massively important:

If this sounds like common sense to you, congratulations! You are not the audience this paper is hoping to reach.

But unfortunately, the SIDS studies the team looked at contain the sad, tragic evidence that there ARE parents who put swaddled infants to sleep on their tummies or sides. And there are babies being swaddled to sleep long after they are capable of breaking loose and/or rolling over. And among this group of babies, the risk of SIDS is indeed higher.

(You’ll notice I’m including the phrase “to sleep/for sleep” quite a bit. Dr. Pease wanted to remind everyone that there are MANY reasons parents swaddle, for feeding, calming, etc. This study looked at swaddling “for sleep,” so please don’t extrapolate that the basic, simple act of swaddling your baby carries some inherent risk.)

As for the swaddled babies who were put to sleep on their backs and still died of SIDS, because the team could not take into account other risk factors — including WHERE the baby was put to sleep, whether the mother smoked, whether the swaddle was done correctly or too loose, etc. — the evidence was simply not significant enough to recommend against all swaddling. (Despite what the NY Times and Washington Post headlines seem to suggest.) It simply reaffirmed more things we already know about best sleep practices and SIDS prevention, and that these practices may apply to swaddled babies as well.

I asked Dr. Pease whether the four studies the team analyzed were from areas where there has been a concerted effort to educate parents via the Back To Sleep campaign, and she confirmed that yes, they were. Which is why they were, in the end, looking at very small numbers of SIDS cases. But unfortunately, it’s clear that some parents still aren’t getting the sleep position message, or are choosing to ignore it. And that’s why this paper was written. Not to scare you, not to cast swaddling as the new SIDS bogeyman, but to reiterate how important your baby’s sleep position and sleep environment is.

She asked me to hammer that message home as hard as I could, so let’s say it all again, with feeling:

That last point, in my opinion, needs to be emphasized more, even (especially?) among those of us who might read all the other points and go “NO DUH.” I don’t think my pediatrician ever asked if I was still swaddling to sleep once my babies neared the rolling-over window. I think I used the “they can break free of the swaddle and end up in bed with a loose blanket” as my sign to stop, without really thinking of what could happen if they managed to roll onto their tummy and then be unable to push themselves back up or over. So for that reason, I am grateful this paper is getting so much attention, as that’s an important takeaway for swaddlers.

In the end, if your baby benefits from swaddling for sleep (and sleeps in a safe environment on his/her back), this study should in no way alarm you. Feel free to share this post or The Atlantic’s take with anyone freaking out on Facebook, and recommend they read the actual paper as well. It’s never a bad thing for the sleep position message to get a burst of exposure, though, so let’s all focus on that, rather than knee-jerk headline panic.

THANK YOU SO MUCH FOR WRITING THIS. I have been getting crazy angry with all the headlines and freaking out because the huge point was “Don’t put an infant to sleep on their stomach or side!” Which has been the advice for years now! And when your kid is about to roll over or is breaking free of the swaddle, then STAHP. I almost lost it with a coworker (older woman with grandkids) who insisted that stomach sleeping was better because babies will choke on their spit-up. NO NO NO NO NO.

What I find sometimes helps is to remind people that the trachea (windpipe) is at the FRONT of the neck. So if a baby is lying on its stomach, the trachea is the lowest point. Gravity being what it is, any spit-up will go DOWN into the trachea. By laying on its back, the baby’s trachea is the highest point and therefore protected from spitting up.

Thank you! I have a 3 week old and have been avoiding the article. But here’s my conundrum – my baby will not sleep unless she’s being held or very close to one of us. She basically refused the bassinet. She wakes up within 5 minutes of putting her down. Any ideas? I’m getting worried that she’ll only sleep when she’s being held. Someone tell me she’ll outgrow this!

I bedshared with my youngest, and we eventually had to help her get to sleep on her own, but the 7 months of rest we got in the beginning were worth the “trouble” of theaching her this skill later on…

dude, that’s like most babies 101. They’re fresh out, don’t panic. I put us through a lot of unnecessary stress trying to get our kid to sleep on his own at this age and it’s super useless. Some kids will, sure, but most won’t. Right now, her only experience of the world is you, and she can’t make conscious decisions. You will not spoil her. Relax, let her sleep near you in a baby nest (can’t remember the name), a side crib or in the carrier (make sure you don’t fall asleep on the sofa with her) and deal with… Read more »

She’ll outgrow it.  My kiddo was the same way and outgrew it around 4 months.  I found a tight swaddle, pacifier and a ten minute bounce/walk/jiggle under a noisy bathroom fan would sometimes allow me to set him down for a little.

When I had my baby last August the messaging I received from the hospital made me feel like if I swaddled my baby, the baby was going to die. It was intense. The hospital had a no swaddling policy and put all the babies in sleep sacks. Every baby went home with a sleep sack. If I asked kindly the nurses would give in swaddle my little one (they were not exactly believers in the rule) but made sure to give the SIDS speech every time – almost exactly the same as the bulleted list above. I heard it so… Read more »

Any list of risk factors needs to include not breastfeeding. Breastfeeding lowers a baby’s risk of SIDS by 50%. It’s important for parents to know this so they can make informed decisions about their babies’ sleep.

Also, the study was specifically on swaddling and SIDS, not about SIDS risk factors in general.  This is why is only talks about swaddling and the sleep area.

Thanks for nice article. Ideas shared by you are really lovely. Swaddling is definitely a great way to help soothe many newborns. Keep it up with those ideas.

Thank you for writing this; it definitely needed to be said. Unfortunately, I’m willing to bet the target audience doesn’t read blogs about how to take care of babies.

This was a great piece. I didn’t read the whole study but I would like to emphasize the importance of NOT having crib bumpers in the crib as they pose a suffocation risk

I think the single most reassuring thing i’ve read about sids, is that there are so many things that lesson the risk, all the factors are important in prevention, it’s not as simple as put your kid on their back to sleep, and forget every other factor. as a co-sleeper I find it reassuring anyhow. Also my kids all rolled really early, they could roll from back to side around 3 days old, and they were way too active to swaddle, so looking at back sleeping as just one thing you can do to prevent sids was helpful, because I… Read more »

The trouble is, there are so, so many headlines around babies and safety and many of them are contradictory. The actual study itself often gets lost in the melodrama of YOUR BABY WILL DIE IF… which must be intensely frustrating for the folk doing the valuable work. Of course norms change as time goes by, but even between my first child, now 9 and my second, now 6, there was cast-iron YOU MUST NEVER info directly opposing advice handed out, always extremely authoritatively, generally by midwives or doctors. No wonder everyone’s terrified to do anything ever! I clearly remember being… Read more »

Web Coolness: Boys who like dolls, everyday words that gross us out, and one serious giveaway