Twitter Facebook Pin It Email Article
Prev How To Get Your Kids To School Without Yelling. Yes, It’s Possible. Next Soft-Structured Baby Carriers: The Yay to the Nay 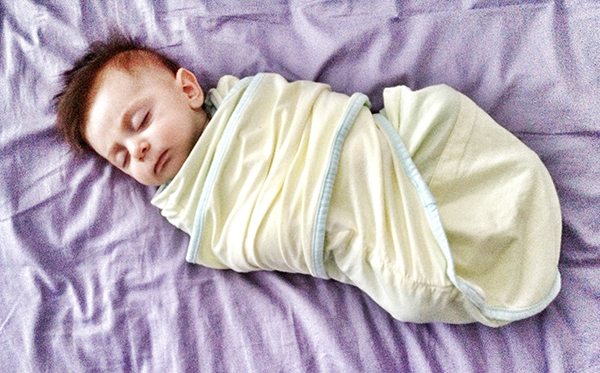 Swaddles: The Yay to the Nay

I know there are people out there who think their babies don’t like being swaddled. I used to be one of those people. When my first daughter was an infant, we swaddled her in the beginning but she wrangled her way out of that thing and we decided that she didn’t like it.

So we stopped. And we struggled to get her to sleep from that point forward.

Then a few months later, I mentioned to a friend that my baby doesn’t sleep. She asked what I was using for a swaddle. I told her we stopped because my baby doesn’t like it. She said to try again, just tighter.

I did as I was told and my baby slept longer that night than she had in months.

It is now my belief that if you think your baby doesn’t like being swaddled, you are probably just not swaddling ENOUGH. If you make it even harder for your baby to move (moving has the potential of waking the baby and making it harder for them to fall back asleep on their own), I can practically guarantee, your baby will sleep sounder.

When I had my second a couple of months ago, I wasn’t going to make the same mistake. With my first, I used basic muslin swaddles that I wrapped myself. This time I was going to bring in the big guns— swaddles with velcro, zippers and made of steel! Well, maybe not steel. But safe.

Here is my experience: 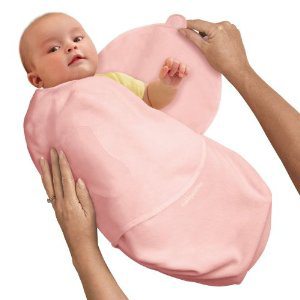 We got a fleece SwaddleMe which is basically a big pouch with two pieces of fabric that cross in front of the baby’s body. The top piece is secured with two velcro tabs. It’s very easy to put on, especially if you are one of those people that can’t wrap a regular swaddle for your life (I’m talking to my husband).

I like that the fleece offers extra warmth but the simplicity of the swaddle didn’t create a space that was snug enough for my baby. Harlow was easily able to wrangle her arms out (she’s a mini Houdini, this one) and the swaddle did not succeed in keeping her asleep. 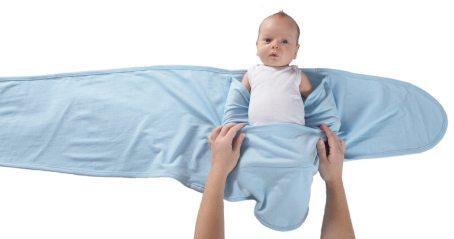 The Miracle Blanket Swaddler has no velcro or zippers, just one long piece of fabric that you wrap continually over the baby’s body. It also has two pieces of fabric on the inside to secure the baby’s arms to her side.

It’s a little harder to put this swaddling blanket on (especially if you are trying to put a baby to bed that is already sleeping) because you have to lift the baby’s butt about four times to secure different pieces of fabric underneath. But, when you’ve got it all figured out, it is well worth it. The arm pieces kept Harlow’s arms pinned to her sides which made it impossible for her loosen the wrap. As a result, she slept for a much longer stretch of time. I also like how the absence of velcro makes it much easier to rewrap or tighten without that velcro sound continually disturbing the baby.

VERDICT on the Miracle Blanket: YAY 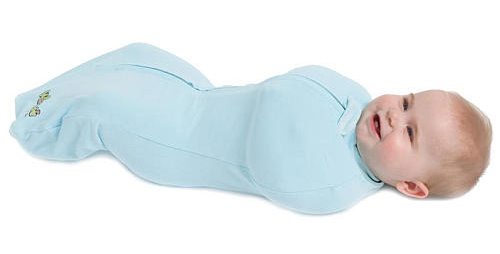 The Woombie comes in a bunch of different varieties. But the basic principle is that you zip up an ultra tight piece of fabric around the baby and snap it on the top so there is no way they can get out. This works for several reasons. 1) It’s foolproof, the zipper requires no demonstration or instructions. 2) There is no way for a baby to get their arms out but they can hold them over their body inside the Woombie (as opposed to their arms being pinned to their sides in the Miracle Blanket) which is supposed to be good for self-comforting. 3) You can unzip it from the bottom as well so you can change a middle of the night diaper with very little disturbance to your baby.

The Woombie also comes with a version that has legs instead of a pouch, in case you have one of those babies that likes to move their feet.

I like the Woombie and it did work to keep Harlow asleep although I felt not as well as the Miracle Blanket. I also felt a little funny about securing my child in something so tight, particularly with the snap right at her neck. (disclosure: we received a sample from the company to review) 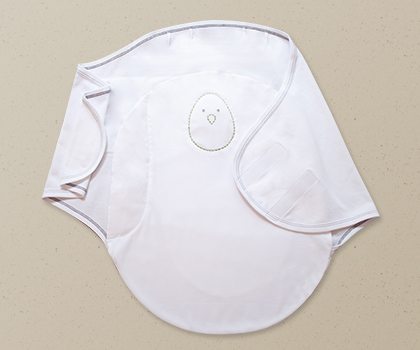 The newest and most innovative swaddle to enter the market is the Zen Swaddle from Nested Bean which we received a sample to review. It has lightly weighted pouches that hit specific touch points on your baby (the sides and the abdomen) that are supposed to mimic a mother’s touch. It’s also 100% cotton and feels very soft and premium with an adorable little chick stitched onto the top. Nested Bean claims that touch promotes growth and alleviates stress and that most mothers who use the swaddle report two added hours of sleep a night.

My experience with the Zen Swaddle was mixed. Since my baby is very small, the swaddle was a lot looser than the Woombie or the Miracle Blanket. Since Harlow is a fussy sleeper, she needs the snugness of a tighter swaddle to help her stay asleep. There is a velcro wrap around the top of the swaddle that affixes in the back. While this makes it harder for a baby to get her arms free, since the weight of her body is resting on the closure, it also makes it a little awkward to get off. Personally, I didn’t like the feeling of turning Harlow to her side and pulling off the velcro without much leverage.

While the Zen Swaddle did not work for me on it’s own (and perhaps this will change as Harlow gets bigger), I do really like the weighted nature of the swaddle and find myself using it all the time as a blanket. During the day when Harlow falls asleep in her bouncer or on her floor mat, I often lay the Zen on top of her (making sure the touchpoints are where they are supposed to be) to help her feel secure while she naps without disturbing her to put on something like the Miracle Blanket. Sometimes, I will even lay the Zen over Harlow while she is in another swaddle in hopes the feeling of touch gets her to sleep even sounder.

VERDICT on the Zen Swaddle: OKAY to YAY (I wouldn’t buy it if I were only allowed to buy one swaddle)

All babies are different so it’s important to note that what didn’t work for me might work for someone else. Harlow has acid reflux and doesn’t like to sleep. If you have an easygoing baby, you might find that any number of swaddles are sufficient. Also, I have heard lots of moms swear by the Woombie so obviously, my opinion isn’t the only one out there.

I just know that after alternating between all of them for several weeks, I now solely rely on the Miracle Blanket. A few nights ago I couldn’t find it and my husband presented me with the Woombie to use instead and I nearly bit his head off.

In my mind, if we didn’t have Harlow wrapped in that Miracle Blanket, none of us were getting any sleep that night.

Considering an online baby registry? We recommend Amazon’s Baby Registry, which offers free 90-day returns on baby store purchases. You can even add items from other websites onto to your baby registry.