Twitter Facebook Pin It Email Article
Prev Attachment Parenting, Anxious Parenting Next Introducing the Bottle: How Early Is Too Early, How Late Is Too Late? 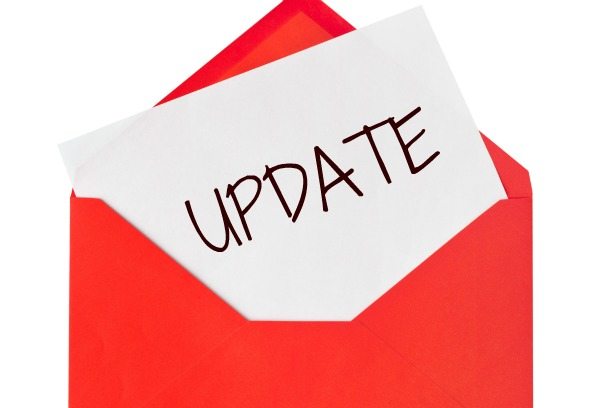 I love updates! What happened next, what worked, and even what (totally) didn’t. This week I got an update from “So. Very. Tired.” who was trying to figure out how to begin sleep training her 6 month old son without disturbing her daughter, who is an incredibly light sleeper. And who cries and struggles to get herself back to sleep, creating a nightly domino effect of tortuous wakings. And did I mention their rooms are right next to each other and the walls are not even remotely soundproof? Yeeeeeah.

So let’s check back in…

I just had to email you again to thank you and your readers so much for the fantastic advice you gave about sleep training my baby without disturbing my almost 2 year old daughter. I am happy to report that we used several pieces of advice from both you and your commenters and now everyone in my family is getting much more sleep and we are all happier for it.

First I want to say that I feel my husband got a bad rap from my first email. The fact that I have been taking care of night wakings on my own is not a result of him checking out of his parenting duties or claiming that he deserves more sleep than I do. It was a decision that we made together based on our family’s particular situation (I don’t really need to get into the details here, but trust me; it’s what works best for our family). But you were right that he needed to be more on board and involved with the sleep training. So the first thing we did was sit down together to make a plan that we both could get behind.

My husband took a day off work and spent a long weekend with my daughter at his parents’ house (3 hours away). This gave me three nights to focus on sleep training the baby without worrying about waking anyone else. They were three somewhat rough nights, but we definitely made progress. By the time my husband and daughter got back I had totally eliminated the baby’s first waking at 10:30!

Having them gone also gave me time to get some Flor tiles (I’d never heard of those before but they are super cute! I’m really glad you suggested them!) and to make some easy noise canceling panels that I found on Pinterest to hang on the walls. Both seemed to really help dampen the noise in both rooms. Why isn’t this something I had thought of before? Anyway.

We got my daughter a stuffed animal that plays music when you squeeze it and we talked to her about how she should squeeze it when the baby cried. The first week or so she did wake up a few times when the baby cried, but it wasn’t as bad as I thought it would be. My husband was in charge of going in to comfort her and he would tell her that it was ok that the baby was crying and remind her to turn on her stuffed animal. After only a few nights we started to hear the music playing in her room without her crying. Now it’s rare that she wakes up at all.

One other thing we did on the suggestion of your commenters was to put a fan in the hallway near the kids’ rooms. The white noise helped to drown out the baby’s crying for my daughter, but it also helped me. It made it much harder for me to hear the baby’s little snorts and whimpers so I wasn’t jumping up at every little noise he made, which allowed him to work on settling himself down more and allowed me to sleep a bit more. I could still hear his actual cries, so I was still able to do the whole Ferber back patting, progressive waiting thing, but I was able to sleep through the other little noises he made throughout the night (he’s a surprisingly loud sleeper!).

I still get up once a night (around 4:00) to nurse the baby but that’s it and I’m totally ok with it (we’ll probably phase that out in the next couple of months). Most nights that’s the only time he wakes up (or at least it’s the only time I hear him) and my daughter is back to sleeping through the night most nights too. And that means that my husband and I are sleeping much more as well. One night last week, I slept for 8 hours in a row! I can’t remember the last time that happened.

So thank you, thank you, THANK YOU for the wonderful advice! Between this and the 2-3-4 nap schedule magic I learned from you a while back, I owe all my sleep to you. I am forever in your debt. 🙂

Thanks Again!
Not Tired Anymore