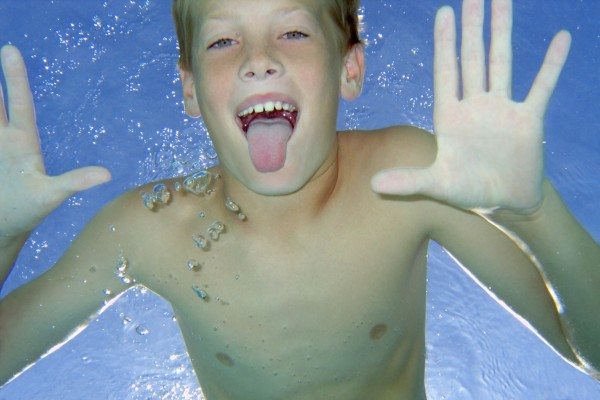 You can’t make me.

I still recall the first time my son said this to me. He was three years old. He was standing at the top of the staircase and I was at the bottom. I had sent him up to his room for a timeout and he refused, only going as far as the top of the stairs.

We both had our arms crossed. It was a standstill.

It ended when I launched a surprise attack and ran up the stairs. He screamed, ran to his room and slammed the door. I am not sure what he thought was going to happen. Truth be told if he hadn’t run away we would have just continued our stand-off in the hallway, because, like much of this parenting journey, I had no idea what I was doing.

He was 7 when he was diagnosed with an alphabet soup of letters that would follow him, including ADHD, ODD, OCD and a few others that fell by the wayside over the years.

I had been opposed to medication. I was one of those all-natural mothers. My kids didn’t take any medications, ate organic foods. I thought it was all somehow my fault. The psychiatrist had asked me point blank, “If it is you and your parenting, then why aren’t your other children this way.” My mouth opened and closed a few times, but no sound would come out.

It was humbling for me as a parent to sit there in a psychiatrist’s office listening to medication options. It wouldn’t be the last time in my parenting career that I would step over that never-ever-will-cross line in the sand.

He is sweet and sensitive. The problem is his default emotion is anger. He digs in his heels even when he knows it isn’t in his best interest. I have often joked over the years that he would be a model prisoner of war. He could not be broken. Dark humor is what gets you through.

Nothing is perfect. And on the bad days I cling to the words the psychiatrist used, to think of him as an empty toolbox. Most of us come with a set of tools that help us cope with our life, we add to the toolbox constantly over the years, mostly without giving it thought. Kids like my son can’t access their toolbox as easily, the tools that are thrown at them bounce right off, leaving scars and shrapnel that hit those around them. That is the frustration of being the parent, watching the fall-out. Medication is the key that helps open the toolbox.

I wonder what it is like to be inside of his brain. How difficult ADHD really is. I think that all of the people who say that ADHD is a myth and that parents are just trying to sedate normal boy behavior should spend time with kids like him. It is painful to watch someone struggle with the inability to prioritize anything and struggle with keeping their actions and emotions in check. I can only imagine how difficult it is to be the one with all of this swirling around in their brain. A brain where everything takes on equal import– doing the math problem, relating a funny story about a friend, complaining about the noise level in the room, thinking about what to have for lunch the next day. All of those things seem equally important at the same time. All of them require immediate attention.

He is the one who says and does things in the heat of the moment without considering the consequences. They take risks without assessing the consequences. They live in the moment. They are so fun to be around. They are full of ideas. They make you laugh. They are fearless. They have delusions of grandeur. But, they don’t know when to take a step back and stop before it goes too far, and that small but important piece is the distinction between typical teenage boy behavior and my son.

You can’t make me.

The scene repeats itself.

Only this time there is no big, bad, scary mommy running up the stairs. The goal has always been self-control, not fear.

I take a deep breath.

You are right. I can’t make you do anything. I can only hope you choose to make the right decision. But, the choice is ultimately yours. But know this, continue to disobey and there will be consequences.

I see a crack in his tough, angry exterior. That he is even asking what the consequence will be is a step in the right direction. A small step, but I take them all as victories.

To be honest I don’t know yet. I hope you don’t push me to that point. I assure you there will be consequences. And they will be swift, severe, and unpleasant. I really would rather not go there. The choice is yours.

That is always the hardest part.

He continues to stand at the top of the stairs. After a few minutes I hear him walk to his bedroom and shut the door.

He made the right choice this time. I can only hope that he continues to as he grows up. In the end, I hope that I have found a way to give him all the tools he needs in his dinged up, battered toolbox.

I hope. Because I have nothing else.