Twitter Facebook Pin It Email Article
Prev Bumblebee: the Transformers Girl-Power Movie You’ll Want To Make Sure Your Daughters Don’t Miss Next How To Visit Disney World Without Needing A Vacation Afterwards 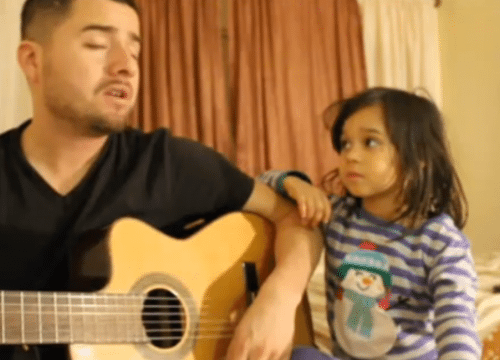 I haven’t done this in a while, but I’m so moved by this video posted to YouTube. It’s a father and his young daughter singing a cover duet of Home originally by Edward Sharpe & the Magnetic Zeros.

Their body language, the way the daughter rests her elbow on dad, looks to him for encouragement and he sings gently.

This video went insanely viral and is of father Jorge and daughter Alexa of the Narvaez Family, who are from San Diego. Since the world got to know Jorge and Alexa, the Naravezes have performed on The Ellen Degeneres Show and even in China!