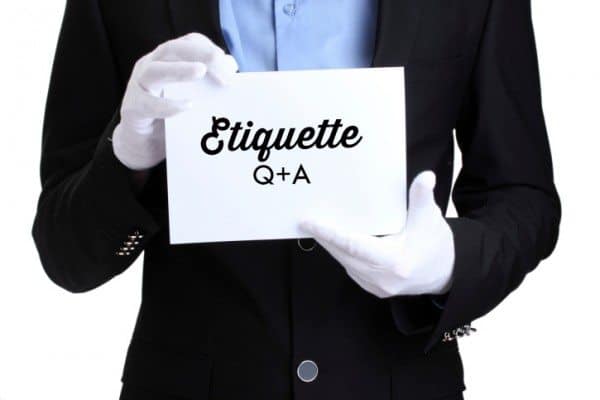 I’ve been reading and appreciating Smackdown for years. Now I’ve run up against something that I think you might be able to untangle for me. So, birthday parties. My sons’ s birthdays are about 20 days apart, and they will turn 5 and 7 in the fall. Every year we throw one birthday party for them either at our house or a local nature center. They’re perfectly happy sharing and I super really don’t want to spend the time or money throwing two parties two weeks apart. The wrinkle this year, though, is that the boys will be in different schools. They’ve already started to make their own friends and I know this will be greatly accelerated once classes start. What I want to do is allow them each to add a few of their individual friends to the gang of shared friends they still have. What I can’t figure out is how to manage invitations and gifts.

If I send invites that call out the shared nature of the party, parents will feel obligated to give both boys a gift. That doesn’t make any sense for the families that don’t even know one of them, and I fear they would perceive it as forward and gift grabby. But if I make separate, individual invitations then people are going to show up and realize it’s a shared party and possibly feel uncomfortable about not having been given an opportunity to decide how to handle. I know I would feel awkward if it were me. I could include a note just saying, “Don’t feel like you need two gifts. Or any gifts!” but my skin crawls at the thought of mentioning gifts in the invite. It doesn’t matter at all to me who brings what, and not brining anything is fine. We don’t open gifts during the party and it’s not like anyone is counting. The boys share all their toys and I would probably just let them open the whole lot together later.

My only goal is for the kids to have fun and the adults to have as little stress as possible. How would you handle this? I considered switching to let them each pick one friend for a special day, but they really do love their party.

So I’ve thrown a couple shared birthday parties (my two oldest have birthdays two weeks apart) and have also attended a few. I have personally done both of the invitation scenarios you mention, and have seen both done for other parties, and to my knowledge nobody felt any stress or obligation or awkwardness.

While obviously our birthday party experiences are not the Be All End All Final Word On How Things Are Done, I can tell you that nobody — NOBODY — brought a gift for the sibling their child did not know. I think it’s pretty well understood that you bring a gift for the child who invited you, not the sibling who invited his/her own friends and has no idea who you are. The only people who show up with two gifts at our joint parties are the people who know both children — the shared friends/overlap group. And that’s totally, 100% fine. (Especially since the gift-opening all happens at home, where my boys tend to ignore the “TO” tag and rip into the gifts indiscriminately while I frantically try to keep a decent thank-you card list going.)

So when we’re invited to a sibling party, we bring a gift for the child we know. Unless they also invited MY child’s siblings, in which case I’ve occasionally brought a second small gift. HOWEVER, we’ve included siblings at our own joint parties and I don’t think anyone else ever did that. Other times I’ve just spent a little more on the primary kid’s gift as a thank you/acknowledgement for entertaining/feeding my whole wolf pack at their pricey party.

We’ve also been invited to parties that did not specify the joint nature, due to the separate invite structure (i.e. paper invites to school, electronic invites to the shared/overlap group) and I don’t recall anyone ever commenting on being caught off-guard or thinking that was strange. I mean, maybe in Ye Olden Tymes when we opened all the gifts in front of our guests it would be weird if you didn’t bring something for both kids to open. But for today’s modern party, where the public gift opening ceremony has been discontinued (and you know the kids are both going to get an impressive haul no matter what), it’s just not something to worry about/stress over.

If anyone does bring two gifts, they get two thank-you cards, one from each child. Teach the child who didn’t technically invite that guest to include something like “It was fun meeting you at my party.” Etiquette skillz for the new generation!!

Lastly, some thoughts on including “No gifts” on the invites. That’s actually perfectly fine. People do it all the time. (Probably not so much with something wishy-washy like “don’t feel like you HAVE to,” because everyone knows some people will, and nobody wants to look like the only person who took you up on the offer.) HOWEVER! The “No gifts” addendum can be problematic because 1) some people will just go “whatever” and show up with a gift, which makes the people who followed directions feel weird, and 2) some people just aren’t going to notice it and automatically show up with a gift, and then THEY get to feel weird.

And by “some people” I mean ME, because I have done that second scenario TWICE in the past year. Just completely missed the little P.S. at the bottom of the invite, arrived and started looking around for the gift table/pile/bin, only to realize that ohhhhh. There isn’t one. Whoops. (The last time I did that was for a  joint sibling party, BTW. Nice paper invite with both kids’ picture on it. They rented a movie theater and screened Frozen and siblings were all welcome. WOW. AWESOME. I LOVE FROZEN. I bought a really nice Lego set for the kid we knew, and was completely confused when we arrived and there were clearly 150 other guests and the gift pile had like, three things. So at least a couple other people made the same mistake?)

I’ve also been on the losing end of the OTHER scenario — a good friend once specified “No gifts” for her toddler’s birthday and we obeyed. And we were the only ones who did! Everybody else showed up with fun presents because “we just HAD to bring him SOMETHING, it’s his BIRTHDAY” and this was years ago and I still remember the awkward like it was yesterday.

Anyway, TANGENT IS TANGENTIAL. Don’t worry too much about this. Either option you’re debating is fine. If you’re doing nice printed invites for everybody, it probably makes sense to pick one joint design and let everybody decide how they’d like to proceed. If anyone inquires about gifts while RSVPing, you can make it perfectly clear at that point that two gifts is not expected, or even one, for that matter. “Just your presence is all that matters!” If you’re doing them in separate batches (i.e. printed invites to school, email for everybody else), I think it’s perfectly fine to leave the joint nature off the school invites and only include the child who is actually extending the invitation. And then you can move on to the next stage of etiquette hell: Why Don’t People Freaking RSVP Anymore It’s Really Not That Hard.