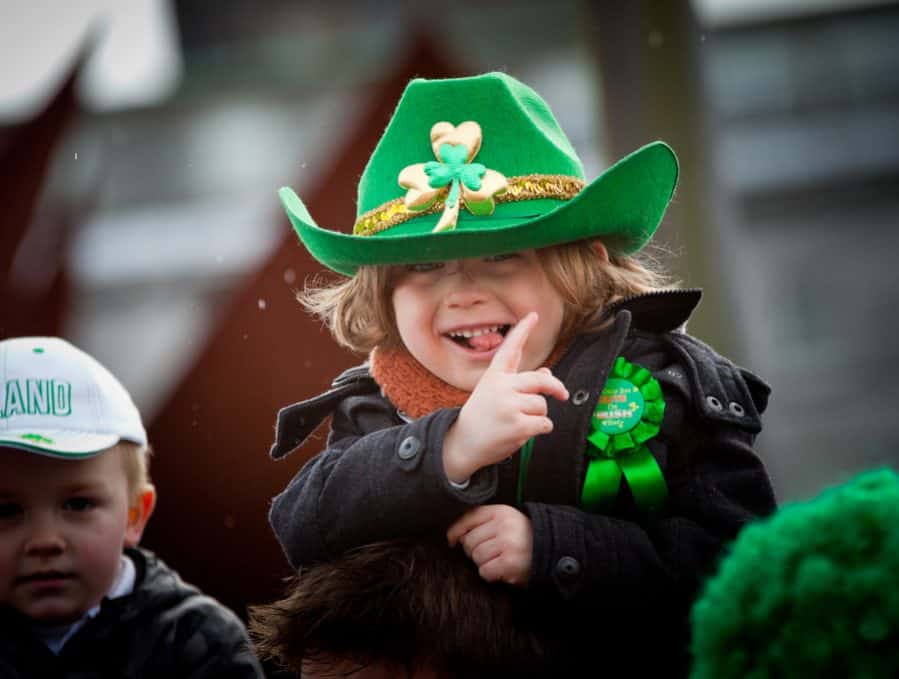 I thought I’d do a little search to see what I’ve written about St. Patrick’s Day with kids in the past and, hey! I haven’t written a single thing about it.

I guess because when I think of St. Patrick’s Day I think of corned beef and cabbage, which my kids (including my 40-year-old one) would never let that touch their lips. I think of beer, but then only my 40-year-old child partakes in that. I also think of college and drinking in a tent in 30 degree weather from 8am until 10pm.

Oh and I almost forgot my very most fun St. Patrick’s Day in 2001. The year my husband and our friends were beyond thrilled to have a designated driver, me, because I was 37 weeks pregnant and obviously couldn’t drink so of course I would want to hang out in a overcrowded bar while people sloshed beer and pretended to be Irish only more jovial. My son was born three days later so you can imagine how much fun it was to be involved in a drunken sing-a-long at the ever popular Old Shillelagh in Detroit.

Super Fun. The nice thing is it’s seven years later and I’ve never had to be the designated driver again.
That St. Patrick’s Day did include a fetus, but I wouldn’t exactly call it Kid Friendly.

My family’s background is Irish, my daughter’s middle name is McGuire after my paternal grandmother. The kids are therefore infatuated with Ireland and its people, most specifically the Potato Famine I made the mistake of telling them about. Madison is now convinced this is why she should have french fries with every meal. “It’s in my blood.”

I’ve tried explaining that Shepard’s Pie is also in her blood, and even Irish stew, but that’s far less romantic I suppose. Also, she just loves french fries.

Since traditional Irish food is pointless to make for 1/2 of my family, I thought I’d look for some gimmicky green foods to serve the kids to celebrate the day. The easiest way to do this is buy yourself some “Leprechaun Powder” and add it to the food you’re serving anyway. Milk in cereal or cream cheese on a bagel.

You can add the food coloring to the bottom of glasses while kids aren’t looking, the milk magically turns green.

I would hide the little bags of gold covered chocolate in different places. I wouldn’t mention looking for them until we were getting ready for lunch, we would have frozen cheese pizza with milk to drink. The kids would see me opening the pizza and even putting it in the oven but while they were looking for their “golden money bags” I would go in and add green food coloring to the tops of the pizza and in their glasses. That way when the kids seen me take the pizza out of the oven I would act surprised and amazed at the fact that the pizza had changed color. Must have been the leprechaun they would always say. Then when I would put white milk into their glasses they would be surprised because it would turn green because of the coloring I already had in their glasses. 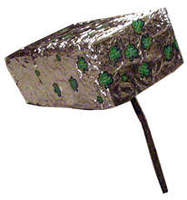 The very sweetest St Patrick’s Day tradition I found which I hadn’t heard of before is the Leprechaun Trap. On the night before St Patrick’s Day you create a trap to catch a leprechaun, because we all know leprechaun’s don’t like to be seen. These traps can be very elaborate, or you can make them more simple. As you might imagine I am a fan of the simple route.

Take a shoe box without the lid, cover it in whatever paper you’d like. Decorate with stickers or drawings and prop it up with a stick. Since the leprechaun will only come at night you must lure him into the trap using, I don’t know, Lucky Charms? In the morning your child will find a surprise under the box.

Now, let’s hope your leprechaun isn’t ridiculously generous leaving a Wii under the box after he (probably) escapes. Let’s leave the big gifts to Santa Claus, but a few little treats will be magical for kids on St. Patrick’s Day.

Great ideas Melissa! I recommend putting some Irish Soda Bread under the trap. What I don’t recommend is letting the little ones watch the ‘Leprechaun’. I might scare the bejeesus’ out of them!