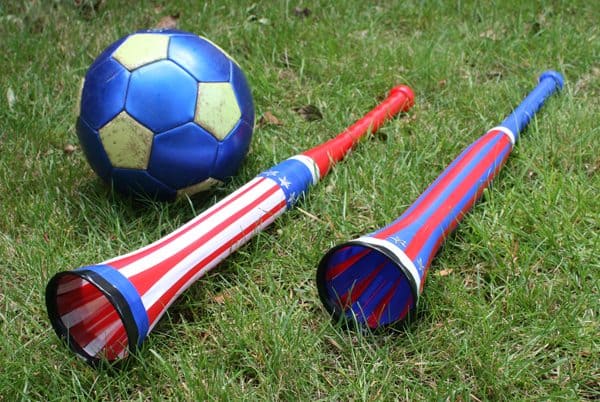 By Lindsey Boardman of Filth Wizardry

If there’s one thing that’s captured my kids’ attentions during the 2010 FIFA World Cup, it’s the stadium horns. I mean it’s difficult not to notice them, but they seem extra exciting to my children. It’s not surprising really that something that’s pretty much as tall as they are and makes a huge noise is going to appeal to them.

If you think your kids would like a stadium horn, or vuvuzela, but you don’t feel like going and buying one online, we found that a couple of simple modifications to a dollar store hollow plastic bat gives you a fake that’ll pass for genuine with the kids.

We picked up a couple of the hollow plastic bats with ball sets that were on sale at the local Dollar Tree for this craft. I also picked up a packet of the cheap little party favor horns, because the really small kids will likely have trouble getting a note out of a regular horn. 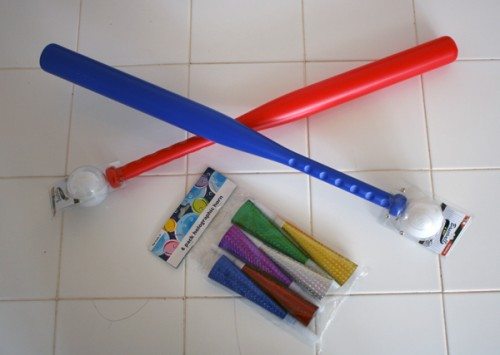 First of all I hacked the closed end off the bat with a kitchen knife. (Clearly, this step is not meant to be done by children.) 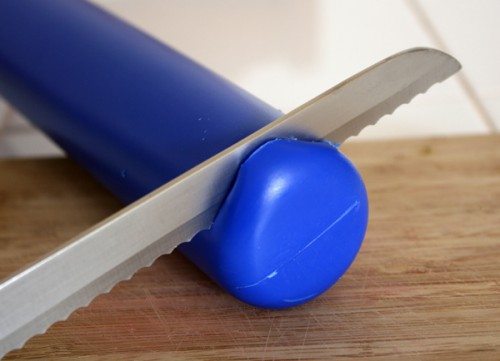 Then I tidied up the end with a pair of scissors. 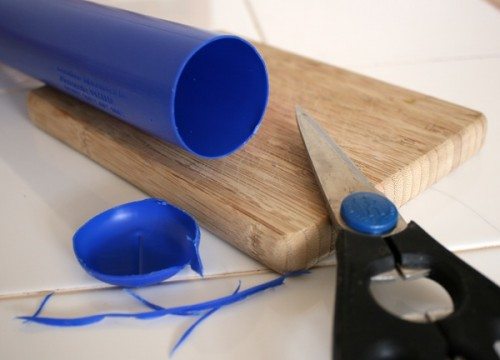 The handle already had a little hole in it from the manufacturing process, so I just carefully made that hole bigger with the end of my scissors. 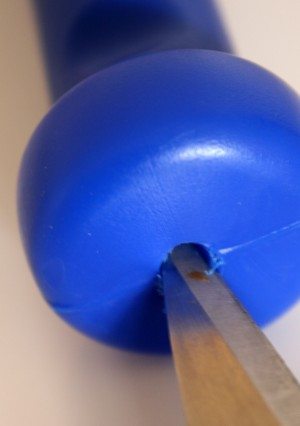 Here is the one I made for my five year old, who can get a note out of a horn just fine. 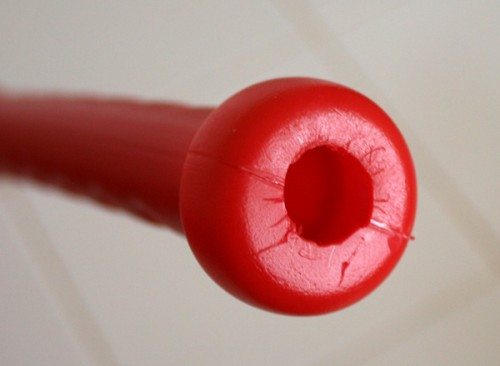 My four-year old isn’t able to get a note out of a regular horn just yet, so for her I pulled the plastic part out of the party horn and glued it into the hole I’d made in the bat handle. 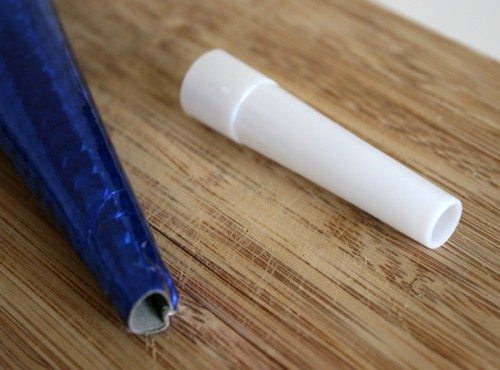 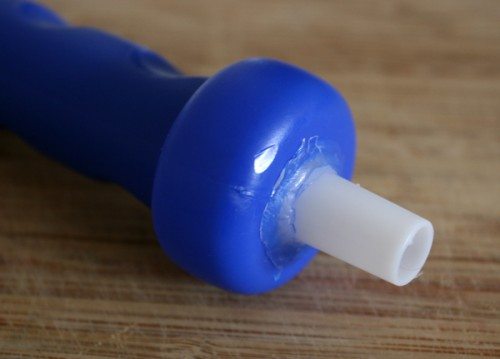 Now if you want to you can just leave it at that. You’ll be able to get a good loud sound out of the bat/horn with just those steps, but if you want it to look a bit more like a stadium horn then you can cut into the end of the bat several times like this…. 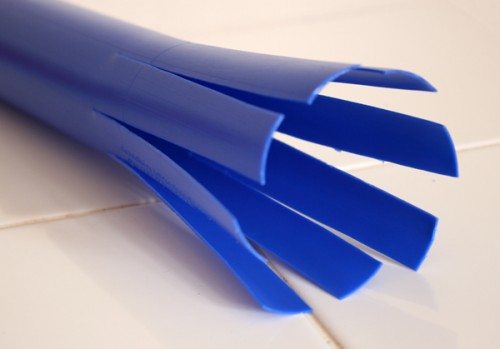 Get a plastic cup and cut the bottom out of it. 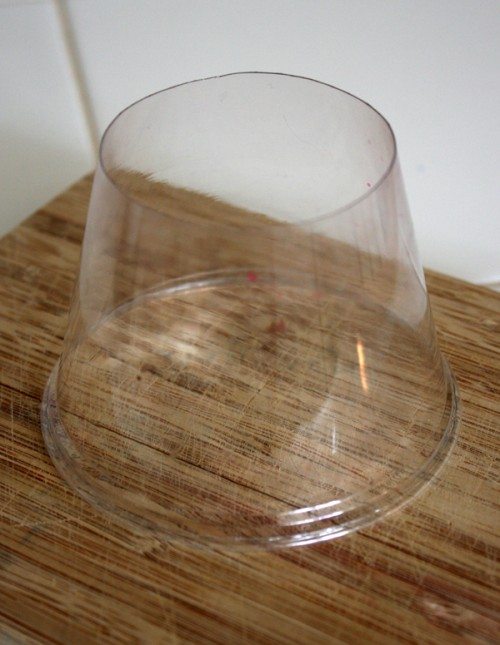 Then hot glue that bottomless cup into the end of the bat. 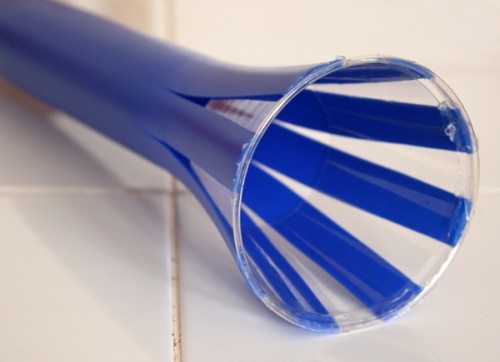 To cover up the cup and to close the gaps around it, we used colored electrical tape, which also served to decorate the horns. 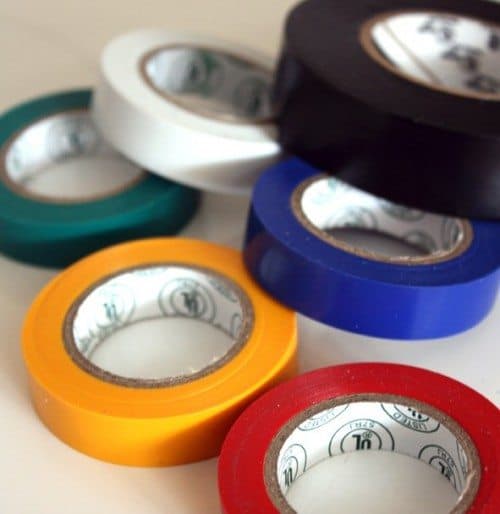 I used to use electrical tape in this way to decorate juggling clubs, and it’s really fast and easy to do. Just put the long stripes on first. Then the bits that are wound around the circumference of the bat keep the ends of the stripes firmly in place. 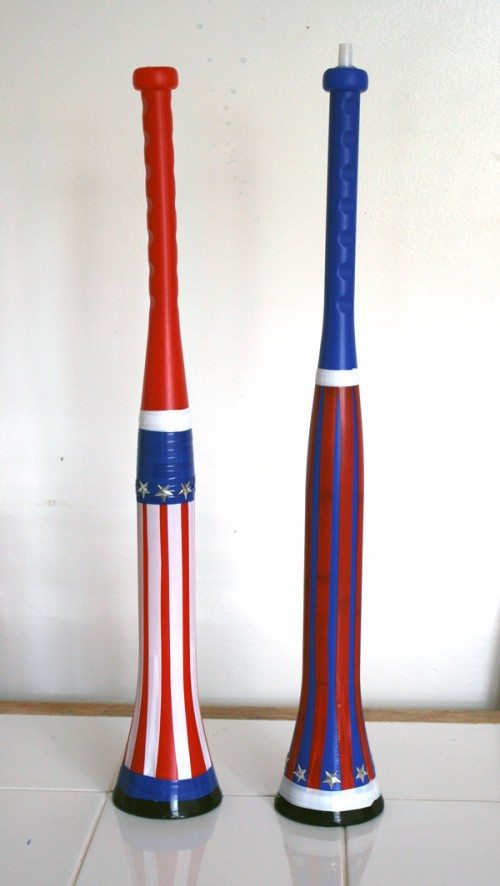 The cups we had handy were clear plastic, which worked out really nicely, because you can see the striping on the inside of the horn too. 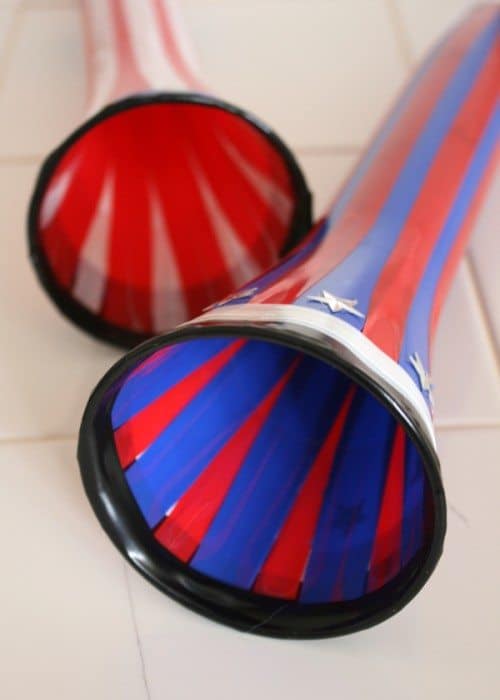 As you can see, the ones we made were for the US vs. Ghana game. Although sadly our DIY stadium horns obviously didn’t help the US team through to the quarter finals, the kids loved them! 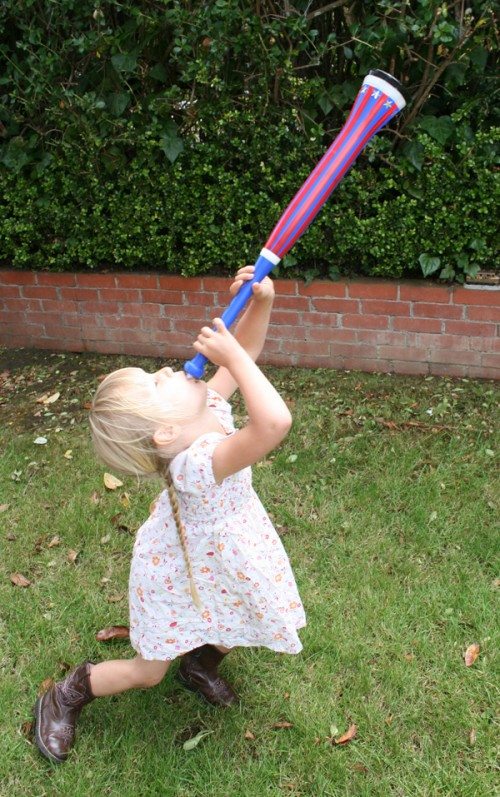 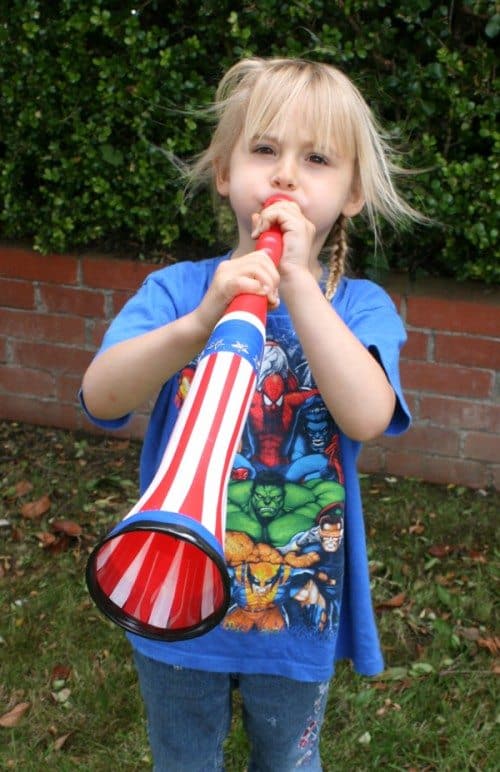 Now that both England and the US are out I’m not sure who we’ll be gunning for, but the electrical tape comes right off, so we are free to be fickle. (Wink.) I think we’ll probably just keep them the way they are though, what with 4th of July just around the corner.

If you get the hollow plastic bat and ball set like the ones we got from the dollar store then you’ll still have a spare ball left over. I’m sure you have some aluminum foil too. 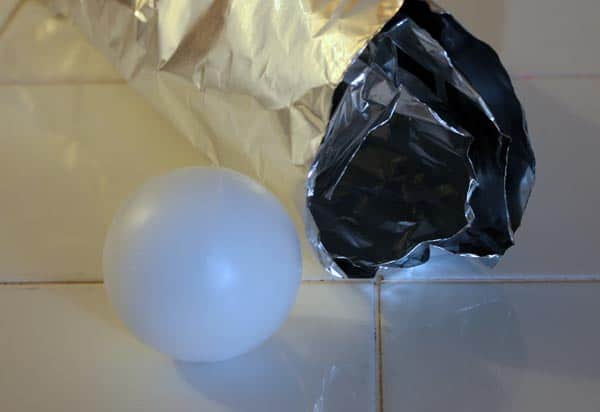 Why not scrunch some aluminum foil into an hourglass shape, twist it a bit and hot glue the ball on the top. Spray it all gold and wind a bit more electrical tape to decorate the bottom. Voila! Mini World Cup trophy for backyard footy tournaments. 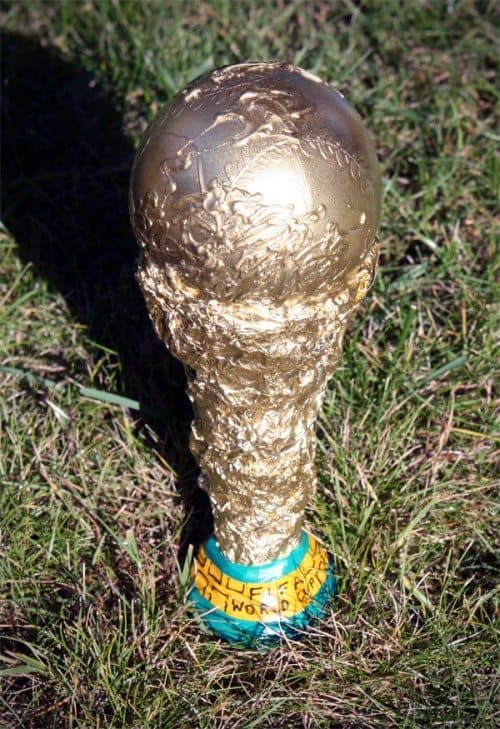