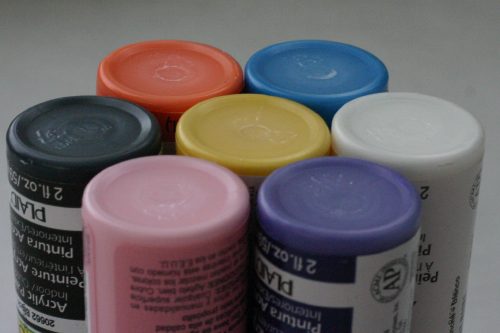 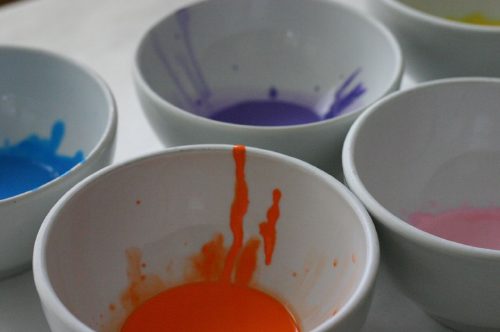 Our first project involved painting with watered down paint and straws. Using our breath to blow the paint across the page making interesting patterns and color combinations. We had a couple of friends over to join us in this activity and everyone had a great time, I even joined in. Which is progress for the mother who plays Barbies by saying “Hi, how are you?” over and over and over. I’m not good with ‘playing’. 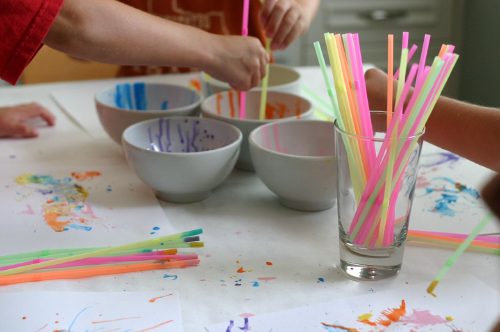 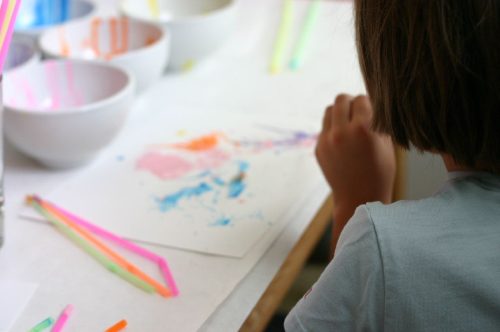 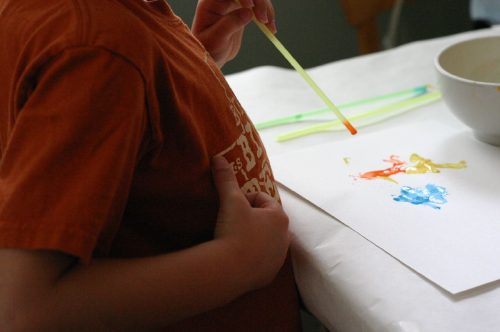 Then, the trouble started as we moved onto the Fireworks Painting Technique. Scrumdilly made this technique look so simple. My guinea pigs two 8 year olds and two 6 year olds, were unable to lightly drip the paint from their cupcake liner papers. 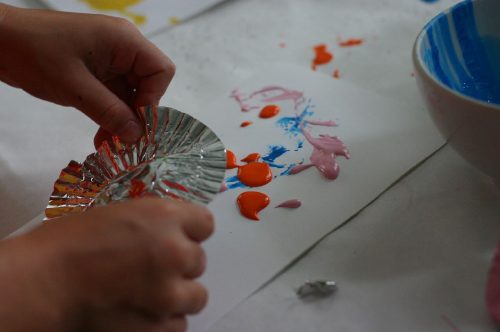 I started to mentally talk myself through this apparent disaster, “Art is messy! Art is messy!” and when that failed I started to mentally panic: “I’m selling my house and there is paint on my hardwood floors and my freshly painted walls and my newly white cabinet doors and also all over the children. Is this washable paint? Why didn’t I get washable paint? Abort! Abort! Abort!”

But there was no getting out of it, especially not before the glitter was dumped everywhere. 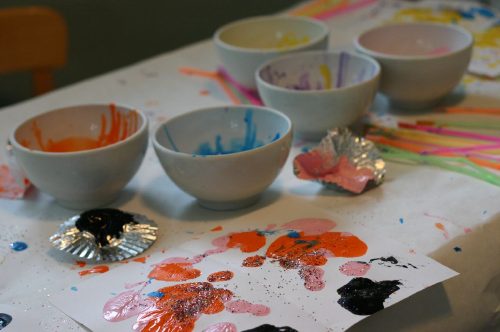 In a word, this was a disaster, the kids were frustrated and it was messy. If we were to do this again, because I become a masochist, I’d use thinner paint or put the paint in something easier to drop paint from in smaller amounts. I would also buy WASHABLE paint because…..duh.

At least some of the kids, were really pleased with their results. 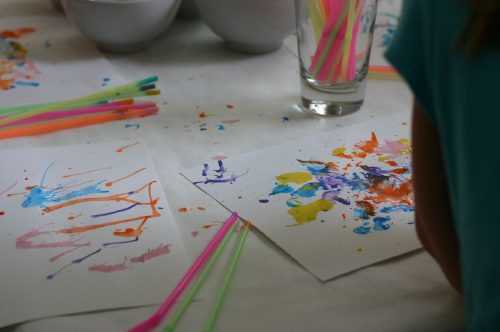 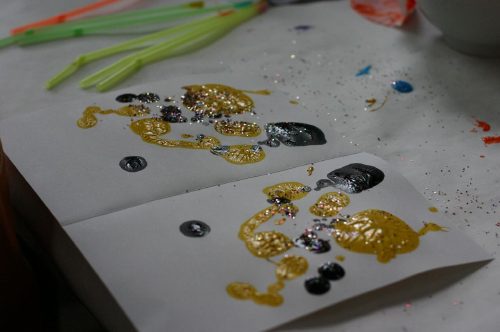 But we survived and moved on to repurposing our art. First we made a bookmark. So far, so good.

First we cut out our contact paper to the size of our bookmark. 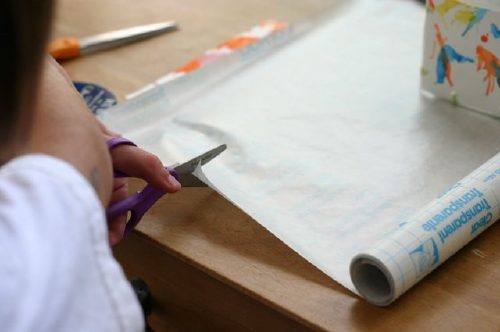 Then we sandwiched our bookmark between two sheets of the contact paper, tied a ribbon on the top and voila! Bookmark. 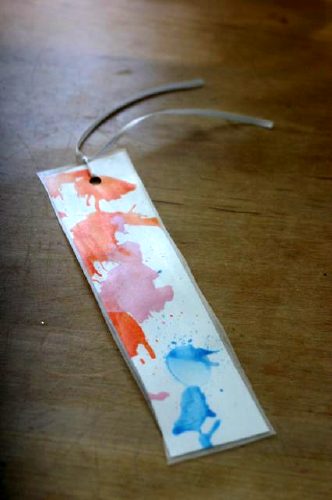 Maddie had a good idea as we finished, “It would be good to write your favorite book on the back or a line from your favorite story.”

Next we worked on making our box from our straw art. This was not successful with the kids who got frustrated quickly and left me to do the whole thing by myself. So I followed the directions and ended up with a lovely box. 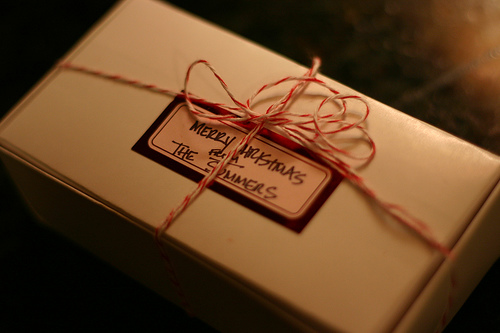 Then I filled it with pomegranates because, my goodness it’s hard to find a place to keep your pomegranates. 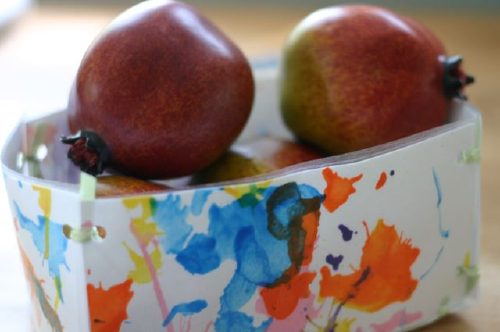 The kids were then suddenly interested in my box and stole it to store their Pokemon cards. 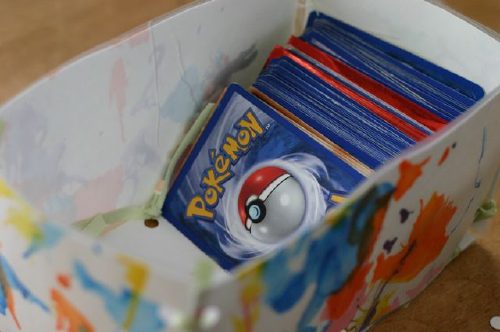 I’ll be honest, after the lack of interest in the box making, we didn’t even attempt the envelope because I knew that would be all mine to do anyway which sort of isn’t the point of “doing crafts together”.

I think I’ve also accepted I’m unfit for painting with my kids, especially considering it probably burned only about an hour. An hour and a half if you count the trip to the craft store we took. If you want to count the time I spent cleaning up after it, then make that two and a half hours. We’ll have to come up with a less messy craft for next week.