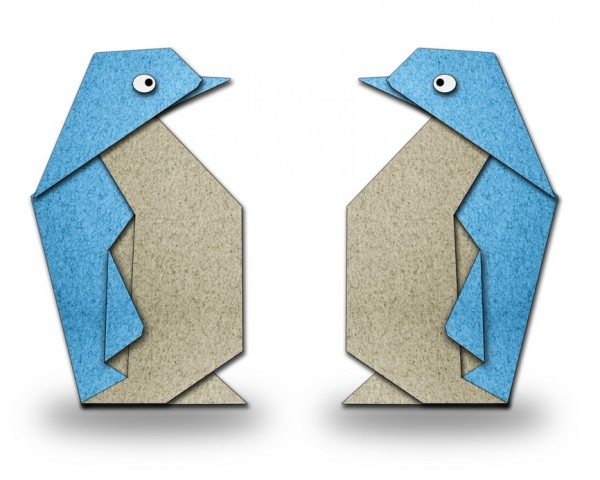 The Case For Low-Tech Anxiety Management For Teens

We are—how shall I put this?—a family of tightly-wound humans. We have big feelings and perpetual, looming worries (whether real or imagined), and one of my biggest sources of angst is that my darling teenaged stressed-out apples didn’t fall far from the Chicken Little tree. Ahem. It’s hard to watch your child struggle under any circumstance, of course. But when you watch them struggle the same sorts of way that you struggle, well, that’s a whole extra level of ouch, right there.

[A quick sidebar PSA before we get into the rest of this: Anxiety is not a joke, no matter how many times the kids and I crack that really, we have CDO (like OCD, but with all the letters in alphabetical order, as they should be). If your child is anxious to the point where it’s interfering with everyday life, please seek assistance. No one should have to live with unabated fear and worry. Treatment is available, effective, and can vastly improve quality of life.]

So the thing is, we cope with some heightened stress reactions, over here. Both of my teenagers and I are sensitive, delicate flowers. (Well, my son says he’s a delicate weed. But you get the point.) All of us have found ways to cope with this particular issue. I’m a big believer in therapy and I’m also a big believer in the judicious use of psychotropic medication. Heck, I’m also a believer in yoga and herbs and guided imagery and anything, really, that helps a person to feel more in control of her life and emotions. Big-picture-wise, we’ve got this. We have great support teams in place.

The thing about anxiety-prone folks, though, is that we tend to manage, rather than cure. And the thing about teenagers is that their lives are full of stress under the best of circumstances, but they’re also under a huge amount of peer pressure to just keep going and go with the flow. It would be weird to step out and meditate, I’m guessing. A stress-reliever isn’t going to be terribly effective if utilizing it causes you to come under further peer scrutiny. The best bet for a teen is something they can just slide into their lives right under the radar.

In a world of endless screens and assorted electronics, the answer is to kick it old-school. Crafting—in its various incarnations—keeps hands busy and soothes a racing brain. It requires some attention (but not a lot), can be done nearly anywhere, and seems to hit that sweet spot where busy, overstimulated minds can just kind of idle for a bit. And because most of these things can be done while doing something else, no one has to know it’s about decompressing. Your teens’ friends will just think they’re kind of crafty.

It started, for us, with origami. The kids weren’t even teens yet when they received some how-to books and my life started to fill up with tiny paper birds and cubes. After the initial obsession, they stopped for a while, and then one day I came upon my youngest making an army of tiny penguins. “What are you doing?” I asked him.

“I like making penguins,” he said. “It makes me feel calm.” This was an interesting insight to hear him share, and not just because he’s autistic and any self-observation on his part tends to warrant a celebratory parade. He said it made him feel calm, which baffled me, initially, because I’ve tried to do origami and everything I make ends up looking like a used Kleenex (and I can assure you that “calm” is not the word I would use to describe my process). I sat and watched him, and he did appear to be feeling quite Zen, making fold after fold, and adding each new penguin to his growing waddle. It was methodical. It was predictable. There was an end product. I began to understand why it appealed to him.

It’s possible that I made a grand show of gushing over his creations, at various points, until his sister picked her origami book back up and got back into it, herself. She favors multicolored pinwheels, and can (and does) make them out of just about any type of paper she can find; I’m pretty sure she made me one out of a fast food sandwich wrapper, once. She’s a taut wire of nervous energy, my girl, and with a few pieces of paper to fold, I can watch her relax into the creases, channeling that laser-beam focus into something mundane and pliable.

Next, my son moved on to knitting. Yes. Hey, knitting is experiencing quite the resurgence amongst young adults, both female and male. (Thanks, hipsters!) For him it’s about the act rather than the product, so he sticks with spool knitting rather than actual needles. All this yields is a woven “snake,” which could then be made into various things, I suppose, but he doesn’t care. It’s about the feel of the yarn in his fingers, the wrapping of stitches, the mindlessness of it. His peers no longer see him sitting there working his yarn as any stranger than a kid tapping a pencil. It’s just what he does.

My daughter tried to learn to knit, but it never really clicked for her. Instead, she turned to beading, next. Keychains! Jewelry! And from there she moved on to sewing. She’ll browse Etsy—on the hunt for cute little felted creatures or pouches to hold important things—then she’ll disappear into her room. Later, she’ll reappear with a decent facsimile she created from memory, hand-sewn in her careful stitching. She keeps some of her creations and gives others away. It’s the process of making that’s important for her. This kid got through several months at a new school, far from home, by taking her sewing to the library and coaxing thread along for a while after lunch every day. She has a sewing machine now and quilting is on the horizon. (Maybe she can make a quilt that can serve as a backdrop for the origami penguin army.)

Paper, fabric, thread, ink—it doen’t matter what it is. Crafting keeps their hands busy and their brains just-occupied-enough. Think of it as a break from technology and stress. It’s self-regulation disguised as a hobby. Perhaps best of all, it means they have to put down their phones and stop texting. (Can I get an “Amen!”?)